4 Ways to Live Each Day With Intention

Living with intention means having a guiding purpose, and making decisions based on that purpose. 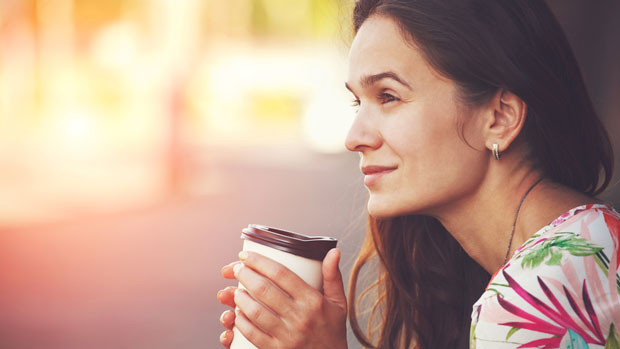 “I want to move through life with energy and a sense of discovery, achievement, joy and engagement.”

That is my intention. My hope is that living according to it would be the antidote to the uneasy feeling I often have at the end of the day when I flop into bed, filled with self-reproach, and wonder where my time went. My intent is to be guided by purpose instead of feeling that I’m spending my time haphazardly, succumbing to whim or distraction.

According to expert Mallika Chopra, creator of the website Intent.com, and psychologist Elliot Berkman, head of the Social & Affective Neuroscience Lab at the University of Oregon, setting intentions can function as a kind of internal North Star, lighting the path to greater fulfillment and life satisfaction. 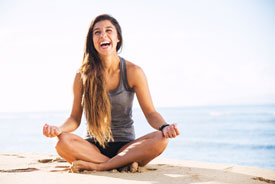 It has taken me years to commit to a meditation habit, but the 10 or 15 minutes I spend doing a guided meditation on the Calm app has been transformative. The turning point was a workshop I took with Zokestu Norman Fischer, a poet and Zen Buddhist priest. “When people say they don’t have time to meditate,” he said, “I ask them, how do you have time to not meditate.” With a regular mindfulness practice, he went on, you’ll have fewer accidents, you’ll lose things less frequently, your focus will improve, making decisions will become easier.”
Remarkably, I’ve found all these things to be true. And when I’m feeling stressed, I summon the image I visualize during my meditation—I imagine my breath as a long string of pearls, and it helps me reconnect with that experience of stillness. Yet, as good as meditation makes me feel, I will skip it unless I keep to a schedule. So, I make sure to meditate daily at 11 a.m. with 4 p.m. as a backup.
2. I’ve stopped bingeing on the news.
More than ever, I feel it’s important to stay informed. But watching news show after news show wasn’t bringing greater insight into the issues I cared about; it was only fueling a sense of outrage. And though I’m happy to have added the Washington Post to my beloved New York Times subscription, reading either one in bed was only deepening my chronic insomnia. So, I’ve made some rules: No news shows or newspapers after 9 p.m. Instead, I think about how I want to feel—inspired, amused, transported, enlightened. And I choose what I want to read, watch or listen to based on that. This has led to fewer hours with CNN and more with GLOW, the Netflix comedy about a real-life women’s wrestling league from the ’80s, the On Being with Krista Tippett podcast and Elena Ferrante’s beautiful Neapolitan novels. 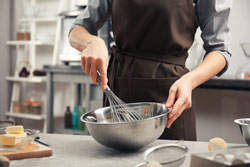 I’d like to lose five (or 10) pounds. But resolving to lose weight is usually both joyless and unsuccessful. So instead, I think about nourishing myself in ways that will align with my intention to feel more energized. And that helps steer me away from takeout Chinese food and into my kitchen when I cook up pots of farro and braised Swiss chard, practice poaching the perfect egg, and dig into cookbooks like Paula Wolfert’s The Food of Morocco and What to Eat for How You Feel: The New Ayurvedic Kitchen by Divya Alter. In trying new dishes, like Paula’s eggplant zaalouk or Divya’s sprouted mung salad, I also experience that sense of discovery and achievement that I’m looking for.
4. I do at least one new thing each weekend.

I’ve been having all sorts of new experiences and meeting interesting people: volunteering to do kitchen prep at a food pantry, hiking a new trail, taking a class in brewing kombucha, walking the Los Angeles River in a meetup led by long-distance swimming champion Diana Nyad, attending a talk by Noah Levine, author of Dharma Punx, at the inaugural BuddhaFest in LA. Some outings have turned out to be less than inspired (the less said about the mass meditation held at a Conscious Life Expo the better), but I always feel like I’m following through on my intention to step outside my comfort zone.

I’m far from living completely in line with my intentions. There are countless ways I stray from the path. But I feel encouraged rather than defeated. I have more clarity about the way in which small things—a far-too-messy desk, an unmade bed—can undermine your vision of how you want your life to unfold, and I think I’ll be able to put some new habits in place soon.

To learn more about living with intention, look for Shelley Levitt's feature article "The Best of Intentions" in the October 2017 issue of Live Happy magazine.