Is happiness overrated? It depends how you interpret the word and the sentiments behind it. 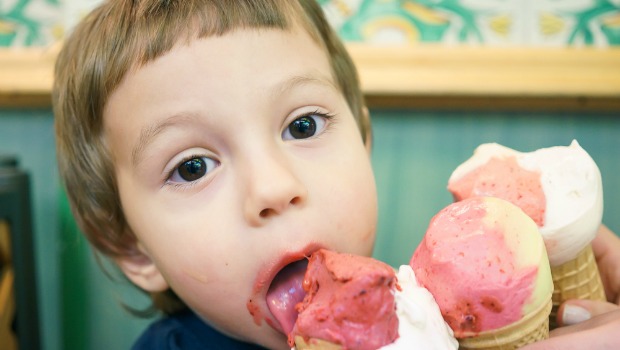 Is the "happiness movement" creating a league of shallow people and overindulged kids?

Lately, there has been an explosion in both the science and celebration of happiness, as well as a focus on the tools we can use to help ourselves and those around us gain a better sense of wellbeing. You might say that happiness is in the air: In best-selling books, loads of articles and even our own magazine and website. And, of course, it is now also stuck in everyone’s heads, thanks to Pharrell's ubiquitous song.

It's not surprising then that this critical mass surrounding positivity and an emphasis on happiness at home and in the workplace is producing something of a backlash. After all, a focus on happiness can come across as saccharine and shallow. But boiling down the tenets of happiness to a search for hedonistic pleasure would be a huge misreading of the movement.

Last week columnist David Brooks came out with a piece in The New York Times suggesting that instead of seeking to avoid suffering by being “happy,” we should embrace it as an opportunity for growth. While beautifully written and cogently argued, I think it misses the point. “Over the past few weeks,” he says, “I’ve found myself in a bunch of conversations in which the unspoken assumption was that the main goal of life is to maximize happiness.” But with all this focus on happiness, says Brooks, we are missing out on the true growth that occurs when we embrace, instead of avoid, suffering.

Being happy does not mean avoiding suffering

“Happiness wants you to think about maximizing your benefits,” Brooks says, whereas “difficulty and suffering sends you on a different course….Suffering drags you deeper into yourself” and “gives people a more accurate sense of their own limitations.”

He gives a mocking example of what he imagines a happiness expert might advise someone who is suffering: “Well, I’m feeling a lot of pain over the loss of my child. I should try to balance my hedonic account by going to a lot of parties and whooping it up.”

But finding or embracing happiness does not mean whooping it up to forget our sorrows. Divorce, death, illness, injury—we will all experience suffering. What's important is not to arrange your life so that you never take risks or keep away from those under the weight of suffering or tragedy. What's important is how you bounce back, grow and help others recover and rebound after going through a turbulent time. The tools of positive psychology—gratitude, compassion, resilience, optimism—are indispensable when it comes to recovering from trauma.

On April 16, an article on The Huffington Post by Richard Weissbourd, a lecturer at the Harvard School of Education, and associate professor Stephanie Jones offered a similar critique, this time suggesting that “behind this relentless focus on happiness is an intense focus on the self” and that “happiness doesn't automatically lead to goodness.” Exactly. In fact, happiness research has shown that it is the other way around—that being kind, compassionate and giving to others actually makes us happy.

“With parents and kids, this focus on happiness and the self has real consequences,” the article continues. “Kids are allowed to skip out on obligations to teams and groups because participation no longer makes them happy; they are free to (or even encouraged to) drop friends who are annoying, weird or just not fun; and they sometimes treat the adults in their lives like staff or as invisible—neglecting to thank them or show appreciation.”

Again, I would argue that the authors have it backward. An increasing number of studies show that raising happy, well-adjusted kids requires a focus on responsibility and respect, among other attributes, which then leads to wellbeing and happiness.

In fact, the authors echo many happiness experts and the themes of our own Acts of Happiness campaign when they write that we need to model behavior for our children by “contributing to our communities, taking action against injustice, making even small sacrifices regularly for friends and neighbors.” They continue by saying “the data suggest that moral and caring kids tend to be happier kids and adults” with a link to the author’s own research and book.

But that same conclusion has also come out of the positive psychology camp, with its emphasis on “The Meaningful Life” as the most important attribute of happy people. According to leading positive psychologist Martin E.P. Seligman, in a meaningful life, “Meaning is increased through our connections to others, future generations or causes that transcend the self. From a positive psychology perspective, meaning consists of knowing what your highest strengths are, and then using them to belong to and serve something you believe is larger than the self.”

Look beyond the smiley face

I understand the temptation to recoil and play devil’s advocate in the face of all this glowing positivity, giving rise to books like Barbara Ehrenreich’s Bright-Sided: How Positive Thinking Is Undermining America and Oliver Burkeman’s The Antidote: Happiness for People Who Can't Stand Positive Thinking. After all, we are critically thinking, doubting, sometimes-suffering people who could do without a bunch of easy, cheesy homilies and “Kumbaya” drum circles to tell us how to feel. But don’t throw the baby out with the bath water. A focus on how we can make ourselves and others happier, including science-based recommendations for increasing our wellbeing, does not entail steering clear of suffering, nor does it mean going to more parties or letting your kids do whatever they want.

The critics have a point in the sense that a singular focus on happiness can seem to gloss over some of the deeper and more painful aspects of our personalities. But they need to read further than the titles of articles and, according to Brooks, the “more than 1,000 books released on Amazon on that subject [happiness]” in one three-month period. The pursuit of happiness is easy to poke fun at, but if we think less about ourselves and more about our connections to others in the community and the world, the closer we’ll get to that goal.