Behind the Scenes with Jillian Michaels

At the photo shoot for our February magazine cover, Live Happy editor at large Shelley Levitt gets to know the real Jillian Michaels—and she is nothing like the drill sargeant you’ve seen on TV. 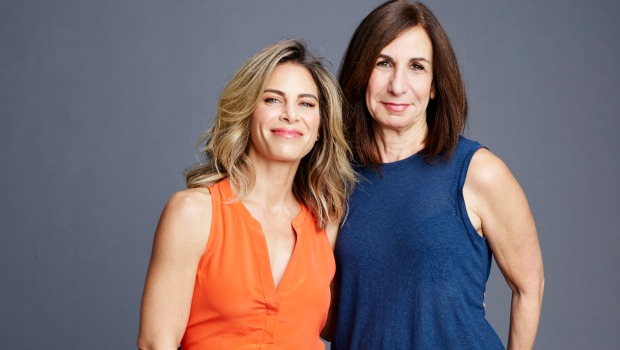 Jillian Michaels shows up exactly seven minutes late for the Live Happy photo shoot at Smashbox Studios in Culver City, California, apologizing profusely. “I’m so tired,” she says. “I’m just waking up.” Later, her business partner, Giancarlo Chersich, or “G” as everyone calls him, will give an account for the delay. As they were heading out the door of Jillian’s Malibu farmhouse, her 3-year-old son, Phoenix, threw his arms around her neck. “Jillian was embracing him to death,” G says. “She was like, ‘one more minute, one more minute.’ I let it go for a while, before I said, ‘We gotta go.’”

By the time Jillian is sitting in the makeup chair, she seems revived. She shares pictures of Stella, her pet pig, with her crew—all old friends that she addresses as “mama”—and lets out a huge “what the…” when she gets a text from her partner Heidi Rhoades that says, “We have a new pet.” A photo shows an enormous turtle, soon to be named Elmer, that was rescued from a Malibu intersection. 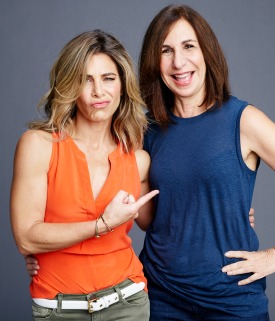 Though Jillian gently chides her assistant, Emily, for loading up her lunch plate with brownies and cookies (“She never eats vegetables!” Jillian says, like a fretful mom), she is, in real life, nothing like her drill sergeant persona on The Biggest Loser. For one thing, she can be self-deprecating. “I hate being short!” she says, when a couple of the dresses she tries on for the shoot turn out to be way too long for her 5’2” frame. And when photographer Jeff Lipsky asks her to swing her arms while he’s snapping pics of her walking with, ironically enough, Aerosmith’s “Walk This Way” playing in the background, Jillian collapses in giggles. “Hold on, hold on,” she says. “ I don’t know how to do that!” The woman who pulls off every move, from karate kicks to burpees, with impeccable finesse, suddenly has forgotten how to coordinate her legs and her arms.

Maybe she’s just hungry. When the shoot breaks for lunch, Jillian is giddy. In full production on her new E! docu-series Just Jillian, she’s been working  nonstop 17-hour days, and, she says, “I can’t remember the last time I sat down for a meal. I love this!” She goes back for seconds of quinoa, grilled vegetables and steamed fish. As they eat, everyone swaps stories about how they get their kids to stay in line. “I pull a Jerry Maguire,” Jillian says, evoking the 1996 Tom Cruise film. “I tell them, ‘Help Mommy help you.’”

Back to the farm

Before she leaves, Jillian stops to do some shopping right off the racks of clothing the stylist pulled for the shoot. Skipping over the designer dresses and consulting with Chloe, her best friend and hairstylist, she buys two pairs of Joe’s jeans and a flannel shirt by Current Elliott. Then it’s 25 miles back to Malibu to meet Elmer.

To read our in-depth feature on Jillian Michaels, see the February 2016 issue of Live Happy magazine.

Learn more about what's coming up in the magazine when you tune in to our fantastic new podcast, 3 Steps to Lasting Change With Tal Ben-Shahar, which includes a preview of the February issue.

Shelley Levitt is a freelance journalist based in Southern California and an editor at large for Live Happy.