International Day of Happiness lives up to its name with worldwide celebrations. 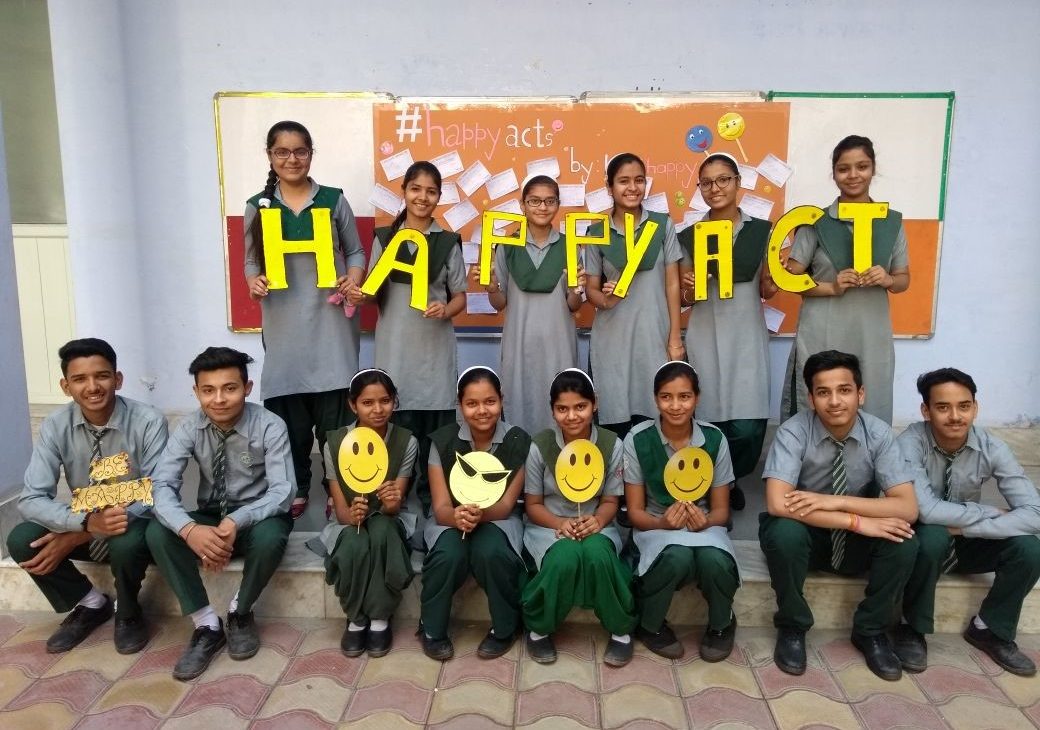 International Day of Happiness lives up to its name with worldwide celebrations.

Spring might be taking its time in getting to the United States this year, but happiness was blossoming around the world for the International Day of Happiness (IDOH). In 2012, the United Nations officially named March 20 the International Day of Happiness, and since 2013, Live Happy has encouraged people to create Happiness Walls where people could post a card that explained how they celebrated happiness.

In 2018, Live Happy founders Jeff Olson and Deborah K. Heisz set a goal of having 500 walls worldwide—and surpassed that number by 200. Deborah went to Facebook to express her gratitude to everyone who made this goal possible. “I want each of you to know that you made and are making an amazing difference in the world,” she posted. “You are part of a movement and you are leaders in that movement. I can’t thank you enough for caring enough to make the world a happier place.”

This year’s Live Happy celebration saw walls in every state in the U.S. and in more than 20 countries, ranging from bulletin boards in homes, schools and nursing homes to large free-standing walls that served as the centerpiece of festivals and daylong celebrations.

In Texas, happiness visited The Shops at Willow Bend in the Dallas suburb of Plano on March 17. Throughout the day, singers from the Septien Entertainment Group serenaded mall visitors. Shoppers were brought to smiles by the movin’, groovin’ and hula-hoopin’ that went on throughout the day.

Children colored their happiness with the help of the newly opened Crayola Experience. Of course, since it fell on St. Patrick’s Day, the day wouldn’t have been complete without a tribute to ol’ St. Pat himself courtesy of the young dancers from the Maguire Academy of Irish Dance.

Deb Johnsen volunteers for the Plano event every year, and one of her roles is to urge people to participate. She says some people initially have a hard time coming up with something to write down, but one man did not hesitate to say how happy he was to be with the same woman for more than 50 years. “That was a nice moment to hear him speak that gratitude out loud,” she says.

Damp weather in Nashville, Tennessee, moved festivities inside, but baby goats brought their own special brand of joy to the event. In addition to the Happiness Wall, the main attraction of the celebration were baby goats (in pajamas) from Shenanigoats Yoga.

“Happiness and baby goats just go together,” explained Jamie Codispoti, co-owner of the goat yoga company. “It’s immediately relaxing to hold a baby goat, and everyone is happy. It’s like a form of therapy.”

That was evident from the smiles and selfies taken with the four-legged guests, but the overriding message of the day wasn’t lost on people stopping by the wall.

“We just don’t take time in our daily lives to think about all the things that bring us joy,” said Nashville resident Kourtney Hennard. “This is great, because it makes us mindful of the things that already make us happy and reminds us how we can bring more happiness into the lives of others.”

Since IDOH is an international holiday, Live Happy took its show on the road and hosted a wall in San Miguel de Allende, Mexico, at the first-ever Happiness Fest created by Luis Gallardo, who also serves on the council on the United Nations International Day of Happiness. The weeklong event featured happiness guides and experts from more than 40 countries, including Jennifer Moss, Raj Raghunathan and Amy Blankson.

“We are very proud about the magnificent experiential learning community that gathered in San Miguel de Allende to share and manifest a world with more happiness and less misery,” Luis says.