Power of the Page 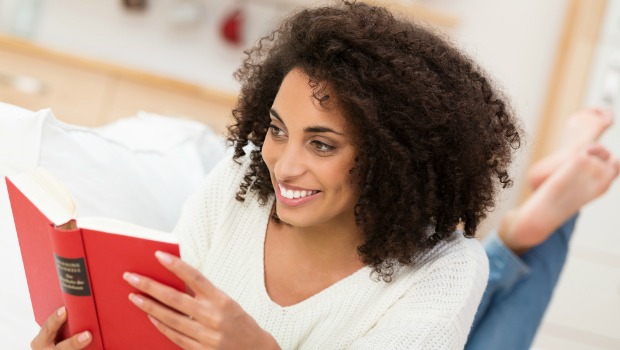 When and why did book clubs become a thing?

Back in the day, unless you were taking a literature class, you did your reading and analyzing pretty much on your own. Then in the 1990s, suddenly everyone and their mother (especially their mother) joined clubs where people read the same books and gathered to share opinions and one-pot dishes.

This easily could have been a passing fad of the time, but book clubs stuck around to become an important part of the culture—especially women’s culture.

Oprah elevated the concept when she began her televised book club on Sept. 17, 1996, on The Oprah Winfrey Show. Beginning with her first pick, author Jacquelyn Mitchard's novel The Deep End of the Ocean, nearly every book Oprah touched turned into a bestseller and often was made into a movie.

Oprah’s influence on the book-reading world was immense, and publishers certainly took notice, adding suggested book club questions and interviews with authors to the ends of many novels.

What makes them so popular?

But Oprah’s contribution to the form doesn’t fully explain the lasting power and popularity of the book club. For many women, that monthly get-together with friends over a book and a glass of Pinot has become an indispensable source of support—a place to exchange information and an outlet for emotions.

More than attending a casual get-together or a scholarly seminar, it turns out that belonging to a book club can affect our wellbeing in several ways. In addition to exercising some of the brain cells many of us have kept dormant since college (or since having kids), apparently, “Joining a group that meets just once a month produces the same increase in happiness as doubling your income,” journalist David Brooks wrote in The New Yorker.

“I absolutely feel that my book club brings a huge amount of happiness to my life,” says Jen Heller, a writer from Boston. “It blends the comforting continuity of regularly scheduled time with friends with the adventure of a new reading experience every month.”

Adds Heller, “Women in general are in search of human connection, and it enriches our lives to be part of a community where we—and our ideas about life and literature—are always welcomed.”

A source of strength and support

Book clubs have become modern versions of the consciousness-raising groups of the 1970s. According to Judy Gelman and Vicki Levy Krupp, authors of The Book Club Cookbook, book clubs have “become sources of strength and support in the face of illness or other personal tragedy. They are a place to celebrate a new baby, a marriage, a promotion, or a graduation. And for many, they simply represent a refuge from the demands of work and home, a place to catch one’s breath.”

Connecting with other people

Nurse practitioner Jane Parker of St. Paul, Minnesota, calls her book club, “a built-in focus group.” Launched in 1998—and still going strong—Parker’s club is a place in which “we’ve seen each other through births, deaths, divorces, child-related heartaches, marriages, grandchildren and everything in-between.”

Connecting to people going through similar life experiences, such as raising a baby, was one reason Jolina Petersheim, a Tennessee-based novelist, joined. “Book clubs are so popular for women because they provide an outlet for intellectual conversation, beyond the best brand of diapers and the Moby wrap versus the Ergo carrier,” she says. “Plus, sometimes it’s nice just to read a book where the text doesn’t rhyme!”