A Passion to Create 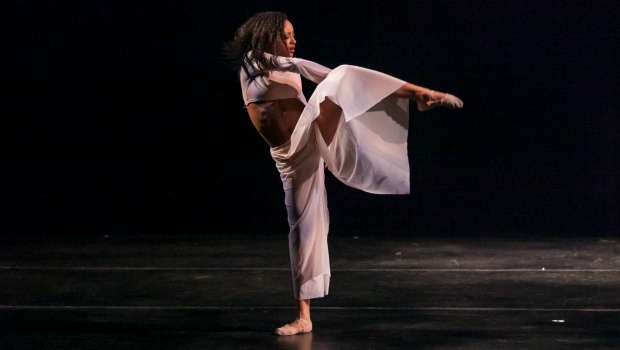 Students at Booker T. Washington High School in Dallas put everything into their art.

Step after step, note after note, scene after scene, the students at Dallas’ Booker T. Washington High School for the Performing and Visual Arts​ are working, practicing and playing. Why? To make it into a famed performing arts conservatory? To win a Grammy? To dance on the biggest stage or play in the grandest hall? Yes.

These students are driven, focused and following their passions. With alumni who include Grammy winners Norah Jones and Erykah Badu, achieving lofty goals is the norm at the arts magnet school.

And the 2013–2014 school year was no exception, with an unprecedented five students accepted into the prestigious Juilliard School. Boasting a 100 percent graduation rate and roughly a quarter of all the scholarship money in the Dallas Independent School District going to the school’s students, the curriculum, integrating art and academics, is working.

“We are not just preparing students for careers in the arts—although many of our students do go down that path—we are preparing them to be 21st-century learners and contributors to society,” says Principal Scott Rudes, Ph.D. “They have the opportunity to think creatively, think in groups and project themselves to be articulate about what they are passionate about. They are not only what colleges are looking for, but what employers are looking for, too.”

A different kind of school environment

Scott says you can feel the electricity when you walk through the front doors; students are singing, playing instruments and rehearsing scenes. It’s an environment fostering creativity, freedom, passion and engagement.

“For us as educators to see these students propelled into the spotlight in a variety of ways,” he says, “it really reaffirms the fact that schools like Booker T. Washington need to exist.”