Five years ago we didn’t know a mine from a hole in the ground. Now we wouldn’t know what to do without Minecraft. 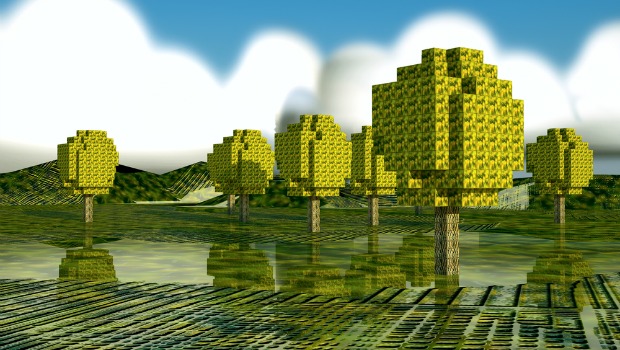 Legos were once the ultimate building blocks of our imaginations. Hand me a kit meant for making a castle, and I’d find a way to turn it into a spaceship. I was limited only by my own creativity and the number of blocks I owned. If I’d had access to a digital world-building game like Minecraft at my fingertips when I was a kid, I would never have run out of blocks (or left my room, for that matter).

Now kids have access to fully realized sandbox games (also called free roam and open world). Sandbox games are essentially digital playgrounds that allow users to manipulate and alter the world they play in. In the case of Minecraft, it is a sort of timeless primal landscape made up of 3-D world rocks, lakes, and mountains, and populated by animals.

Playing in the giant sandbox

Minecraft is one of the most popular games in this genre. With more than 100 million registered players, there’s no shortage of builders getting lost in a world of their own creation. There are four modes to choose from: creative, survival, hard-core and adventure. Creative is purely about building your own universe (I’ve seen everything from the Mona Lisa to a scale model X-Wing), whereas survival mode involves hoarding meat and crafting yourself a little house (a house that won’t last long once your little sister decides that dynamite would look really nice next to it). Minecraft discussions now dominate elementary school playgrounds, with pig-tailed girls discussing the fastest way to make a diamond sword (the pinnacle of pixilated weaponry in the game).

Parents, meanwhile, are conflicted. On the one hand, this actually seems like a creative, interesting game that utilizes your whole imagination. And yet it seems to have swallowed our children; the game is downright addictive. Why is it so popular? One reason may be that creativity is a defining factor in happiness. When we are creatively engaged, it helps us to achieve a state of “flow,” which psychologist Mihaly Csikszentmihalyi describes as “an almost automatic, effortless, yet highly focused state of consciousness.” This state may or may not be accompanied by dilated pupils and complete lack of attention to everything outside the screen.

Ruler of my domain

In addition, kids normally toil under adult rules, in a world devised and controlled by adults. In Minecraft, kids can create their own world, with their own rules. At the same time, they are driven to rack up more points, mine more ore, get to the next level and beat their peers—it all just makes you want to play longer and score higher. This intoxicating sense of autonomy and mastery (of the mines, of the score, of the game) packs a psychological wallop. No wonder we literally can’t put it down. It’s amazing to think that Minecraft was only released in 2011, and it’s now a global phenomenon.

The building blocks of creativity

Minecraft is not the only sandbox game that uses creation tools to stimulate curious minds. And Legos themselves are, paradoxically, as popular as ever. Nothing can replace the hands-on feel of building something with physical blocks. But kids will continue to enthusiastically inhabit Minecraft, where they can actualize their imaginations and create an entire universe for all to see. The game is even being used for some real-world applications, such as an app in Sweden that lets school kids design their own block, and something called the Block by Block initiative run by UN Habitat, which allows young people to use Minecraft to design real-world environments.

Whether working together to build a grand city or fighting over fragments of iron, Minecraft and sandbox games in general give kids the opportunity to imagine and explore—to experience mastery and flow, and to write their own rules—all in the safe confines of a game. Later, maybe they will take some of those experiences and apply them to the outside world.