Research shows that a mentoring relationship can have positive effects on everyone involved. 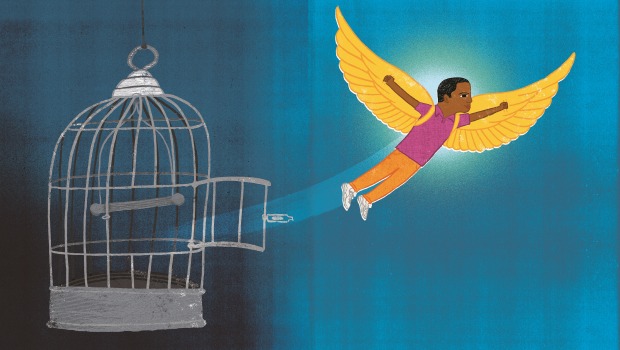 The mutual benefits of a mentoring relationship

When President Obama visited Christian Champagne’s Chicago high school, the 18-year-old said it was one of the greatest days of his life. That day, however, was topped a year later when he was asked to introduce the president at a White House event. With a boyish, yet confident, grin, Christian revealed that he referees basketball games, has a passion for baseball and loves the White Sox.

But when the subject changed to the dangers he faces in his daily life, his grin faded though his fortitude remained. “My neighborhood is tough. It isn’t always safe,” Christian said at the event. “Just recently, I was robbed walking home from school, but those challenges have not stopped me from wanting to have a better and safer place to live and work.”

For millions of at-risk young people like Christian, it’s easier to find trouble than it is to have a sturdy mentor in their lives giving them the determination and willpower to avoid the trappings of drugs and violence.

Becoming a Man (BAM), created by the Chicago nonprofit Youth Guidance, is making a difference with young males considered most at-risk. The counseling, mentoring and violence-prevention program was designed to teach students in grades seven through six core values not taught within the walls of a traditional classroom.

At the event, Christian repeated the character strengths mantra that BAM prides itself on: integrity, accountability, self-determination, positive anger expression, visionary goal-setting and respect for womanhood. It’s hard not to root for a young kid with these goals, especially when they are tougher for him to achieve than someone his age who has always had a positive male influence in his life.

Getting on the right track

Statistically, the odds are stacked against Christian. But now, after being in the program for two years, they’ve shifted in his favor. He is less likely to engage in criminal behavior and more likely graduate from high school. And assuming he stays on track, he will be more inclined to return the favor and serve as a mentor for other youth.

Jean Rhodes, Ph.D., a psychology professor at the University of Massachusetts Boston and the research director for the Center for Evidence-Based Mentoring, says the research is clear regarding youth who have a caring adult in their lives: They tend to do better, academically and behaviorally, and go further in life.

For 25 years, Jean has been studying and researching the topic of mentoring. Her interest in the subject was piqued while living in Chicago during the late ’80s, when the crack epidemic had a stranglehold on the nation. She interviewed high-school students, trying to understand why some resisted getting involved with drugs and taking part in bad behavior. What she found was that the students who didn’t succumb to temptation more often than not had a strong adult influence in their lives. Whether it was a neighbor or grandparent or teacher, someone held them to a higher standard and thought they could do well in the world.

For some of those students, that relationship meant the difference between life and death. “You have to take the role [of mentor] seriously,” Jean says. “You can’t just do it halfheartedly. You have to do it entirely; you have to be a caring, empathic, trusting, attuned, open person and be there for the long term.”

The BAM students work in a group setting, developing their impulse-control skills and learning how to manage their anger in an open and safe environment alongside their peers, who are in similar situations. The program’s counselors, who are all male and full-time social workers, are placed in schools and made available for one-one-one counseling throughout the day, ensuring the student has someone to turn to who can reinforce those skills taught in the group and navigate them through any day-today issues that may arise. This builds consistency and trust, crucial for a mentoring relationship.

“When we begin, it might be a little difficult for a young man to open up and express himself,” says Richard Dickinson, a BAM counselor. “But through our curriculum and through the rapport built with the facilitator over a short time, these young people can look inside each other’s eyes and see that they are not alone….A lot of the issues they are going through are relatable to other people in the group, or that the facilitator himself has experienced before. The building of trust forms a container that is safe enough to hold all of the issues that people are trying to address.”

The program’s success has garnered national attention, which has led to increased funding and more kids included as mentees. Last year, Chicago Mayor Rahm Emanuel visited a group at Harper High School in Chicago. Impressed, he pledged $2 million to BAM, expanding the program from 600 boys to 2,000.

This is good news for Richard, who says he’s extremely proud that people with the power to make a difference have faith in these kinds of programs. Having access to mentors can change trajectories and bridge income gaps by providing opportunities for their mentees to achieve and master their goals and interests. And for the mentors, having that sense of accomplishment and gratitude gives meaning to their lives and increases their wellbeing, helping them flourish as people.

The benefits of being a mentor

“It’s probably the most rewarding work you can do, knowing that you are actually impacting somebody’s life in a positive way,” Richard says. “To know that I am giving them something that is beneficial, it’s a gift to me. We are working with these young people to assist them with making their lives better, and in return, it’s making us better. It is a very interesting dynamic.”