Angela Duckworth’s best-selling new book, Grit, is changing the way we look at high achievement—and how students get there. 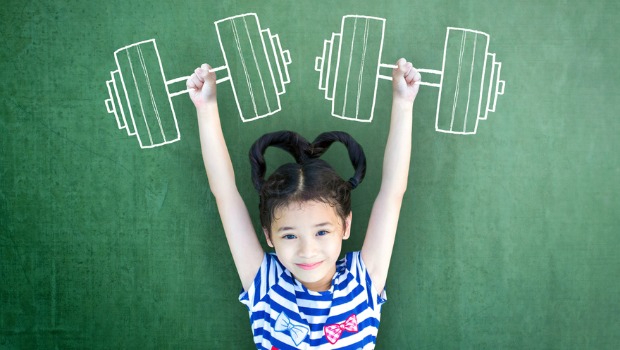 Bestselling author and researcher Angela Duckworth makes the case in her new book.

You may remember this experience from your time at school: The principal stood in the auditorium and asked all the kids on the honor roll to stand up and come to the stage, while the rest of the students stayed seated and were instructed to clap. Awards ceremonies like these are intended not only to celebrate the successful students but also to inspire and motivate the other kids to strive for the honor next time around. 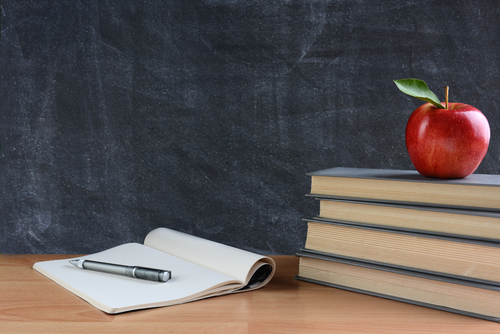 But Angela Duckworth, Ph.D., a professor of psychology at the University of Pennsylvania, believes that these well-intentioned scenes actually serve to cement kids’ place in school as either part of the “smart” or “not so smart” groups. “Kids really buy into the idea that they are innately capable or not,” she says. Yet Angela’s research has shown that academic achievement doesn’t come down to the IQ one is born with. What makes the difference is grit—hard work, practice and unyielding determination.

In her new book, Grit: The Power of Passion and Perseverance, Angela presents her decade’s worth of research proving that grit trumps talent when it comes to success and satisfaction, whether you’re a freshman trying to make it through the grueling initiation at West Point, an athlete going for gold or a salesperson trying to make your numbers. Grit became an instant New York Times best-seller and sparked a “grit revolution” with readers professing to work toward their goals with renewed vigor and dedication.

But the ultimate audience for Angela’s message, she hopes, is kids. As a former teacher, Angela’s personal mission and the ultimate goal of her lab work at the University of Pennsylvania’s Positive Psychology Center is to “use psychological science to help kids thrive.” Grit, Angela has found, is a key component in helping students reach their full potential. But how do you teach grit? After all, we all probably heard the platitudes “Practice makes perfect” and “Don’t give up!” thousands of times when we were growing up—not one of which made us study harder, sit at the piano longer or play baseball better.

“It’s not about the slogans you put on posters,” Angela says. And it’s not about drilling kids—Tiger-Parent–style—on their multiplication tables or periodic elements.

“I’ve been in the position as a teacher where a kid keeps getting a problem wrong and it’s frustrating,” she says. “But when you let your exasperation show through your body language, facial expression and behavior, it sends a strong message that you’ve given up on the student. Kids pick up on that. Instead of thinking ‘This kid just can’t learn it’ when he or she struggles, we should ask ourselves, ‘What’s another way to teach this? What could I do differently?’ ”

Adults should be as resilient in our teaching as we want our kids to be in their learning, she believes. “The best piece of advice I can give parents and teachers is to model a genuine sense of possibility for your kids.”

When you divide kids up in ways that make some feel like they are smart and others feel like they are not, Angela says, no one is motivated to do better. “I’d rather schools send the message to students that they are a team that is all learning things together, and that all kids learn at different rates. Students should only compare themselves to what they’ve done in the past. I think that’s the most meaningful way to learn and improve.”

Angela’s suggestion for everyone, especially kids, is to compare yourself to your “yesterday self” and improve upon it. Is your kid reading more sophisticated books than she was two months ago? That is worthy of applause.

Central to Angela’s conception of grit is following your passion. After all, it’s tough to stay motivated if you don’t ultimately love and enjoy what you’re doing. She’s a proponent of picking one or two top-level, passion-aligned goals and organizing the rest of your life around them. 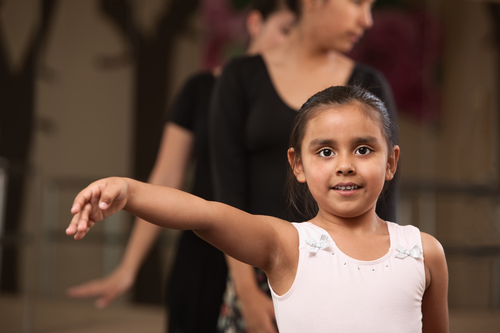 But with kids, the calculus is different. “Interests need to be discovered, and it’s a messy and inefficient and fun process. Kids need to be on the track team before they can realize they don’t like the track team,” she says. The hobbies don’t have to be formalized, either. Your child may enjoy being in a dance troupe, for example, but baking at home is just as much an “activity.”

In later elementary and middle school, adolescents can begin to understand what it means to intensify an interest. “It’s such a wonderful and exciting thing when a kid gets into something.” So gently encourage your children or students to see what it would be like to delve deeper into things, Angela advises. “Novelty is so enticing, particularly for youth, so you have to find novelty within the same interest.” If your son loves cooking, spend lots of time whipping up omelets, of course, but sign him up for a nutrition class, too. If your daughter enjoys chess, introduce her to tournaments as well as other strategy games like backgammon or Dungeons & Dragons.

Fall down, stand up

Setbacks are a part of every learning curve, and your kids look to you to learn how to handle failure. So when you run more slowly than you had hoped in the 5K or when you don’t land the job or client you wanted, talk through the problem out loud. Explain what led to the disappointment—you didn’t get in enough practice runs, say, or you didn’t research the company deeply enough—and what you can do better next time. And don’t give up! Sign up for another race, and go after another client. By showing that losing can mean learning, your child won’t want to quit baseball the first time he strikes out.

“A big part of grit is being optimistic and overcoming frustration,” Angela explains. Losing is a great opportunity to show the difference that practice can make, too. “Young kids shouldn’t spend all their time in serious- or goal-minded pursuits, but there can still be room for tiny amounts of practice in their days that continue to grow as they get older,” Angela says.

Try it for two years

By the time kids reach high school, Angela believes they should settle into a few favorite extracurricular activities. Not that they can’t or shouldn’t keep trying new things, but teenagers and beyond would do well to follow Angela’s two-year-rule: “Stick to one activity for at least two years. When you come back for another season of, say, field hockey or debate, you’ve grown. You learn different lessons from it and you bring different and valuable perspectives to it.” That doesn’t happen when you hop around from the Spanish Club one year to the cheerleading squad the next and guitar lessons another.

Angela’s team has found that students who demonstrate progression—“they become a section editor and then editor-in-chief of the school paper over the course of high school,” Angela gives as an example—are more successful in college. And way, way beyond. The grit that builds confidence in kids and enables collegiate success can lead to a lifetime of joy. When any of us put time and effort toward pursuing a passion, we are richly rewarded with a strong sense of self-worth and a belief in ourselves and life’s possibilities…or in other words, happiness.

What more could we want for our kids?

Hear Angela speak about the importance of positive education in our podcast, here.

To read more about Grit, see our book summary here.

Patty Onderko is a freelance writer whose work has appeared in SUCCESS magazine and elsewhere.