Who Has the Happiest College Students on Campus?

Find out which campus has the happiest students in the country. 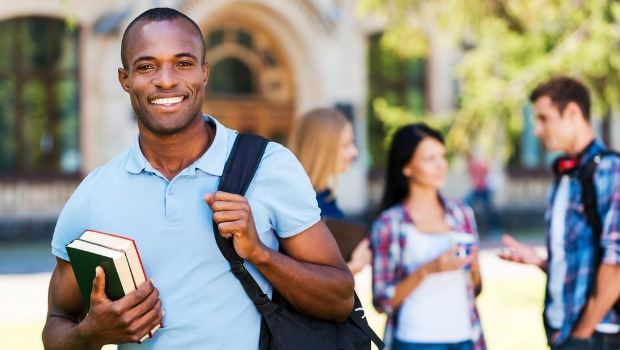 The Princeton Review ranks the happiest universities in the United States.

Rice University has the happiest students in the country, according to The Princeton Review’s recently released guide, The Best 381 Colleges, 2017 Edition. What exactly makes those students so happy? At Rice, the responses from students vary: Some love the diverse and “quirky” population, while others appreciate the small class sizes and wide range of activities available on campus. 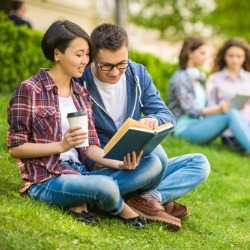 Kimberly Mendoza, a graduate student in the department of chemistry at Rice, isn’t shocked that her school of choice earned the top spot in happiness. She says there is a lot of student engagement on campus and everyone is “free to pursue their own interests at their own time and pace and make new friends along the way.” Her experience has largely been positive and she says even her friends and family have noticed the happiness and joy that Rice brings to her life.

“There are a variety of diverse organizations I participate in and I have made friends not only in my own department but across campus,” she says. “I am a member of the Rice Owls Dance team, mentor undergraduates, complete my own research and even teach. I feel that the university is very supportive and I could not be happier.”

The criteria for happiness

For its annual college rankings lists as well as The Best 381 Colleges, more than 143,000 students were surveyed on a wide range of topics, from which schools have the best professors, to which ones serve the best dorm food.

Houston-based Rice also ranked No. 1 in interaction among students of “different racial, ethnic and socio-economic backgrounds” and ranked in the top 10 for overall student quality of life. Rice President David Leebron released a statement saying these recognitions represent the university’s “more important commitments: the general welfare and positive engagement of our students and building a diverse and inclusive community.”

Robert Franek, lead author and senior vice president of The Princeton Review, says it doesn’t surprise him that smaller schools like Rice are able to consistently rank high on the happy list.

“[These schools] don’t stop at providing just an academic experience for students,” Robert says. “I think Rice and the other 19 schools on the happiest students list are making a real commitment to those students by saying ‘we want to make sure that we are nourishing your mind, body and spirit.’ I think they are taking those responsibilities very seriously for the students that are enrolled.”

Martin Seligman, director of the Positive Psychology Center at the University of Pennsylvania and the best-selling author of Flourish, has written that greater well-being enhances learning and positive moods “produce broader attention, more creative thinking and more holistic thinking.”

At the International Positive Education Network’s Festival of Positive Education held this summer in Dallas, Martin spoke to the benefits of having happier institutions. “Happy kids do better academically,” Martin said. “That tells us this is worth doing and not a zero sum game.”

Chris Libby is the section editor at Live Happy.