Despite a childhood scarred with abuse and neglect, model-turned-actress Gianna Simone says performing has always been in her heart. In this Q&A she opens up about the many people who have guided her on the path to authentic happiness. 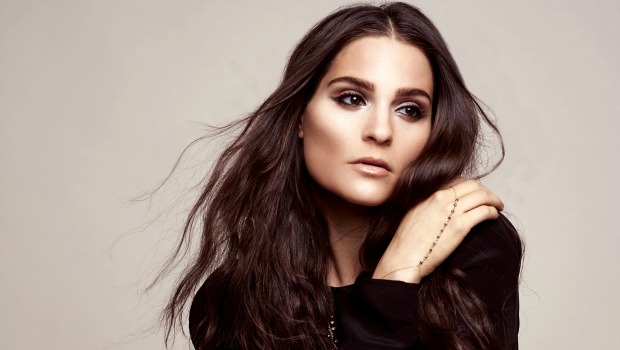 The actress sees life's toughest moments as opportunies to grow.

Fresh off the set of the 10-episode sitcom Hitting the Breaks and the 2017 film God Bless the Broken Road, model-turned-actress Gianna Simone says performing has always been in her heart. “As a child, I would build tents by myself and come out of them singing, dancing and taking on different characters,” she says. But the road hasn’t always been smooth for Gianna.

As a child, she faced abuse and neglect that eventually led her into the foster care system. “Despite how hopeless it was at times, my experiences ultimately taught me lessons you can only learn from living through difficult times,” Gianna says.

Flash forward to 2013: Gianna scored a role in Star Trek Into Darkness, and in 2016, she starred alongside Julia Roberts, Jennifer Aniston and Kate Hudson in the film Mother’s Day.

“I represent the part of the human race that has turned negativity into positive change for myself and others,” Gianna says. One way she’s doing that is with the Gianna Simone Foundation, an organization aimed at improving foster children’s lives by providing them with joyful experiences, such as bringing them together with abused and neglected animals. She says the goal is to inspire trust and healing for both parties.

People who have gone through hard times get refined from it,” Gianna says. “We may not see it while we’re going through it, but it gives us something in return we will be grateful for.”

We recently caught up with the burgeoning humanitarian and rising star to find out what fills her heart with hope and positivity.

LH: How do you live happy?

GS: I wake up every day, and I am thankful—sometimes over a toothbrush. I am thankful to the extreme. If we’re not [thankful], we’re missing out on so much, including being happy and content. 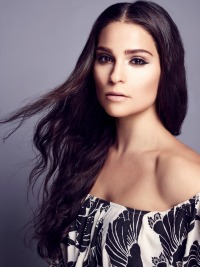 What is the kindest act someone has ever done for you?

There was an angel who came into my life named Kathy DeMarco. She took me under her wing when I was in foster care and treated me as her own daughter.

What are you passionate about?

I’m passionate about God, my work and my foundation’s work protecting oppressed people and animals.

What do you do to make today better than yesterday?

I choose to do things that feed my soul, and the passionate feelings make me want to be the best I can be.

What do you do to pay it forward?

I try to give of myself every chance I get. From the time I started my career, I knew it was a blessing, and the money I make is a gift. So I’ve always tithed, even when I had very little and could hardly pay my rent.

What do you do when you feel the odds are stacked against you?

Pray, visualize, fight through it and get it done.