Why Audiences Love Game of Thrones

What makes us care about the tribulations in Westeros? Perhaps it has something to do with just how grim life is there, and how deeply ambivalent the characters. It’s easier to identify with a struggling character than it is with a perfect hero. 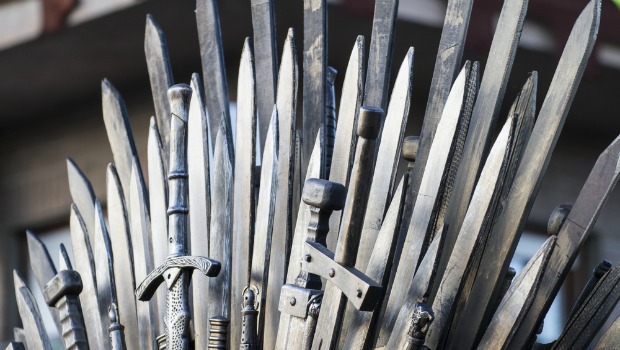 What's so appealing about graphic sex and violence in the wasteland of Westeros? Plenty.

Spoiler Alert: If you haven't watched through the end of season 4, there are spoilers ahead.

If you selected c, you’re probably already a fan of HBO’s Game of Thrones, which is based on George R.R. Martin’s insatiably popular book series Song of Ice and Fire.

The HBO series turns the typical fantasy story upside-down, spins it around a few times and then throws it out the window before collecting the pieces and assembling a freakishly interesting journey into the land of Westeros, where the smart live longer than the brave.

I have a realistic grasp of my own strengths and weaknesses. My mind is my weapon. My brother has his sword, King Robert has his warhammer, and I have my mind." —Tyrion Lannister

What makes us care about the tribulations in Westeros? Perhaps it has something to do with just how grim life is there, and how deeply ambivalent the characters. It’s easier to identify with a struggling character than it is with a perfect hero. Game of Thrones offers up plenty of flawed characters for us to root for, as well as embodiments of pure evil whom we can root against.

But, you may be wondering, what do beheadings and gut-wrenching battles have to do with happiness? Aside from a strong whiff of escapism, Game of Thrones offers us some first-rate catharsis. Watching a show that connects to us on a deeper emotional level leaves us feeling better about our own lives. It’s terrifying to watch a character pop someone’s head like a balloon, but some part of us can appreciate the fact that at least it isn’t happening to us, as well as the fact as we know it’ll be over soon. Shows end, and life goes on, but in watching we’ve connected the drama and trials to ourselves and we’ve lived through it.

If you’re still wondering how a show that had 169 on-screen deaths this season could possibly have any redeeming positivity, look no further than a brief moment of happiness as one of the main characters, Arya Stark, sails off into the sunset. If you know what this character has been through, (spoiler: she's lost her home, her family, and her friends) and this one moment represents new hope in every possible way. Arya's brief happiness comes as a reward for her incredible toughness and resilience, which makes the scene that much more powerful.

Game of Thrones is a series that will come and go, but by pushing the boundaries of love and lust and violence and cruelty (and nudity, and disembowelment), it pushes our imaginations and our emotions onward to the next level.