Communal prayer is a powerful tool for finding community and transcendence. 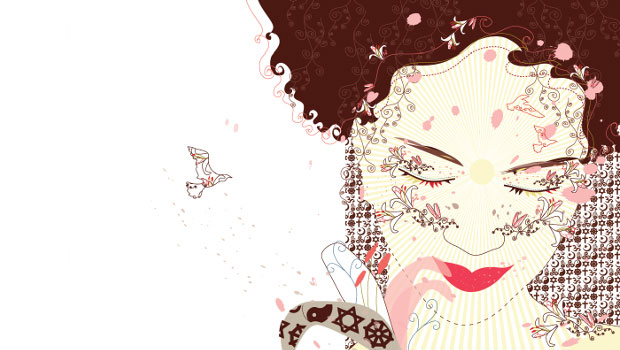 Forget "Now I Lay Me Down to sleep." Praying together can take you to a new place.

Sitting in the 250-year-old Quaker meetinghouse high in the mountains of Vermont, I can almost touch the deep, round silence that connects those who have gathered here for worship this beautiful spring morning.

The handful of men and women scattered on the old benches sit with their heads bowed, hands resting quietly in their laps or tucked under one of the hand-knit afghans placed around the room to counter the morning chill.

Most of those present have their eyes closed, and one, I suspect, is fast asleep. But another is looking thoughtfully out one of the two-story windows toward the trees, and another, hands lifted up, eyes closed, gently sways back and forth.

A log shifts in the old wood stove. The silence shifts as well, and slowly eyes open and meet, smiles appear, and hands reach out one to the other in greeting.

Praying with others can be a richly textured experience. Whether it’s done in the silence of a Quaker meeting or as part of a group singing an ancient melody with its origins deep in the sands of the Negev, communal prayer is often a joyously multidimensional experience that moves us into a new space.

“Prayer is a doorway to God,” explains Brent Bill, Quaker pastor, director of the new meetings project for Friends General Conference and author of the forthcoming book Finding God in the Verbs: Crafting a New Language of Prayer. “It’s an opportunity to open ourselves, engage in an authentic dialogue, and get as close to God as possible.”

Rabbi Elie Kaunfer, executive director of the Mechon Hadar education center in New York and author of Empowered Judaism, agrees. “In Jewish practice, men and womenare required to pray three times a day in a group called a minyan,” he says. It can be a rigorous schedule for those unaccustomed to it, but, he adds, “it’s been my experience that being in a room where dozens of people are praying together pushes me to a different place. It allows me to ride the enthusiasm of others, concentrate better and focus more on prayer.”

Nor is the effect limited to the minyan. Catholics who stand and clasp hands to recite the “Our Father” prayer report the same experience, as do Protestants who respond in unison to biblical readings from the pulpit, Quakers who sit silently in God’s presence and Muslims who kneel shoulder to shoulder in daily prayers.

When Edgar Hopida, communications director for the Islamic Society of North America, hears the afternoon call to prayer over his office intercom in Plainfield, Ind., for example, he welcomes the opportunity to walk downstairs to the building’s prayer room, remove his shoes, and stand, shoulder to shoulder, with others to pray.

As they alternately bow, kneel and sit, the group’s prayers will progress through several cycles that include reciting verses from the Quran, praising God and asking forgiveness, until those who are praying conclude by turning to their neighbors, first on the right, then on the left, and blessing them with “Assalamu alaikum wa rahmatullah”—“Peace be upon you, mercy be upon you.”

Asking God to bless the person next to you with peace and mercy can be transformative. “I’ll be stressing at work and then I get into prayer, and I realize—`Yeah, I can get through this day,’ ” Edgar says. “Prayer with others helps me focus on the divine and those with whom I pray.”

The Power of Connection

Edgar’s experience is one that Debbie Eaton, head of women’s ministries at the 20,000-member Saddleback Church in Southern California, sees every day. Whether she’s praying with one other woman or 450, the result is the same.

“When I’m praying with someone, particularly with someone who is struggling, judgment just goes away,” Debbie says. “They could be telling me the most horrible thing, and I just see them in the light of love. I can sense God holding that person—and I feel such joy, peace and love.”

A few miles up the California coast, Carolyn Taketa, director of small groups at Calvary Community Church in Westlake Village, shares Debbie’s perspective. “There’s a sense of unity, power, care and support in communal prayer,” she explains. “In a small group that prays, it doesn’t matter that you’re a CEO, that you have special needs or that you’re homeless. All that stuff gets stripped away. There’s just you, your friends, and a clear sense of God’s presence.”

She sighs. “There’s such power, beauty and simplicity in that.”

When a friend in Carolyn’s prayer group shared that her marriage was over, for example, the group cried with her for the loss of her husband, the pain to her children, and the bad choices that had been made as the marriage unraveled. “Then we made a circle around her and supported her with prayer,” Carolyn says. “We stood in God’s presence. And when we finally lifted our heads, there was a deep sense of peace.”

Half a world away, Diane Heavin, the Texas-based co-founder of the Curves fitness centers, had a similar experience a few years ago as she walked the Great Wall of China to raise money for breast cancer research.

At her request, the names of thousands of men and women with cancer had been sent to her by Curves’ members from around the world. So every morning, all along the Great Wall, Diane, her friend Becky, and 30 or so walkers would gather in a group on the wall to pray for those whose names they had brought—all carefully written on index cards. The walkers were from different faiths and countries, but as Becky and Diane would begin to pray out loud, one by one, others would join in and begin to read some of the names.

It was an amazing experience, Diane says. “This was a brutal walk. We all had achy bodies, we missed our families, and we were emotionally taxed.” But by the time the last prayers had been said, every member of the group had been blessed with a renewed strength, an increased awareness of God, and a closer connection to one another.

“Even those who don’t define themselves as religious or who see themselves as non-theist seem to sense that something powerful is going on” when they experience prayer in community, Brent says. Even when it’s something as simple as sitting with others as they bless a family dinner, or hiking up a hillside in silence with others before the Easter dawn, many non-theists sense a presence.

“Some of us call it God, others call it ‘Greatness’ or ‘Higher Power,’ or they don’t label it at all.” Brent smiles. “I’m easy with that.”

Getting Out of Your Head

Although communal prayer offers a powerful way to connect with the divine, those who actually sing prayers in community suggest that communal prayers expressed through music may transcend just about everything else.

“The place that I’m able to go when song is a part of the prayer is much more intense,” Rabbi Elie says. In fact, “sometimes I think of the experience as transcending cognition. There are so many words in Jewish tradition, and the music takes me outside of the intellectualization of the prayer text to a different spiritual place.”

That place is one regularly inhabited by musician Joey Weisenberg, creative director of the Hadar Center for Communal Jewish Music, a faculty member at several Jewish seminaries, and the prayer leader of Brooklyn’s oldest synagogue.

One day he’s teaching cantoral students and baby rabbis, the next day it’s a children’s choir. Then he’s leading Friday night and Saturday morning Shabbat services. There’s a Jewish choir the next day, next week a workshop in Wisconsin, and every Tuesday night he and his band are on deck at Kane Street Synagogue. And that doesn’t touch on the days he’s in a recording studio laying down tracks that feature the hundreds of niggunim—ancient prayer melodies that replace words with nonsense syllables—that he’s rescued from the past.

The niggunim remind him of the riffs he heard played in the blues bars where he grew up in Milwaukee—and with their unique ability to speak the wordless language of the soul and perhaps touch the divine, the niggunim are his passion.

“The whole purpose of prayer is to crack open our hearts, our hardened hearts, just a little bit,” explains Joey, “and music is perhaps the best tool I’ve ever seen—I’ve ever experienced—for opening up a heart. It can prune away the shells that we have around ourselves so that, as we sing together, the harsh exterior of ourselves begins to be cut away.”

Eventually, says Joey, as we become more vulnerable, as we learn to listen deeply to the music and one another, the wordless melodies of the niggunim will offer us an actual experience, in real time, of the divine.

Sitting in my study one morning as I finish this story and listen to an MP3 of Joey’s music, the sun slowly rises over the mountain that shelters my cottage. The woods that surround my clearing etch their shadows on snow that has yet to melt, and the soft sounds of chickadees and titmice near my open window make their way into the room.

Eventually, the niggun I’m listening to slows, then fades. Only the deep, rich silence of Presence surrounds me.