6 Reasons to Raise Your Family in the City

Conventional wisdom tells us that to raise happy children, you need a house, a lawn, fences and a backyard—in other words, the suburbs. But some parents are bucking that trend, and finding the benefits of raising kids in the city. 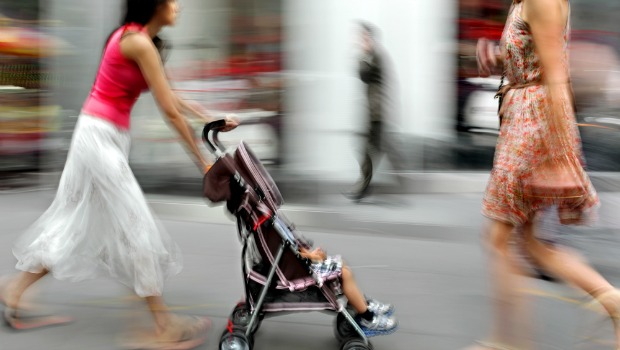 Cities can be crowded and expensive, but growing up in a vibrant metropolis also has some real advantages.

Conventional wisdom tells us that to raise happy children, you need a big house, a lawn, fences, backyards, mudrooms and playrooms. You need a quiet neighborhood and a nice, safe car to travel through it. In other words, you need the suburbs.

Or maybe you don't. A growing number of families are choosing to raise their kids in dense urban areas—city centers—rather than retreat to the suburbs. “In 2011, for the first time in nearly a hundred years, the rate of urban population growth outpaced suburban growth, reversing a trend that held steady for every decade since the invention of the automobile,” wrote Leigh Gallagher, author of The End of the Suburbs: Where the American Dream Is Moving, in a 2013 story in Time magazine.

As Columbia associate professor and author of A Country of Cities: A Manifesto for an Urban America Vishaan Chakrabarti, Ph.D., writes in a 2014 New York Times editorial, "In the past, many of those who moved to cities in their 20s moved to the suburbs in their 30s, where schools were good, crime was low and family-oriented amenities were plentiful. But those factors are changing in cities, too. Crime has remained low, while public schools and parks have been getting better in many places."

But that's not all city living has to offer. Here are six more reasons people are choosing to nest in an urban area:

1. Culture at your fingertips

If you live in a big urban center, you are much more likely to have easy access to cultural amenities, such as the symphony, opera and ballet, as well as museums, rep movie houses, and historical landmarks. Amy Graff, a San Francisco mom of three children, ages 11, 9 and 1, says she used to regret not having a backyard when the kids were young, but as they’ve gotten older, she appreciates having the whole city, including its museums and parks, as her “backyard.” Says Graff, “It’s all available to us, just a bus ride away.”

2. Cutting down on carpool time

Even the happiest suburban parent generally doesn’t enjoy the hours spent behind the wheel ferrying the kids to school, camp or classes. In cities, parents begin to let their children use public transportation around the age of 11 or 12, especially if they are with friends. Not only do parents get a break, the kids gain a sense of independence and self-reliance.

3. Being a citizen of the world

People from all over the world live and work in cities. Children get to meet people with a variety of life experiences and backgrounds, which increases compassion and tolerance. “Kids in the city are exposed to so many different kinds of people,” says Graff, the mom from San Francisco. One day her daughter came home and asked for dried seaweed in her lunch after tasting it in a school friend’s lunch.

It's terrible having to explain to a child why that homeless man is sleeping on the sidewalk. But there are opportunities for learning and growth, as well as opportunities to volunteer and offer real help, such as volunteer shifts at food banks or homeless shelters. “I have a friend who grew up in an upscale suburb,” says Houston attorney Katie Sunstrom, who has 4- and 8-year-old boys. “She says she never knew there were poor people until she went into the Peace Corps! Seeing different kinds of people deepens children’s understanding of the world and their place in it. Our job is to teach them to give as well as to take.”

5. Little or no commute

Families who both live and work in one city spend less time getting to and from work. This means more time to play, do homework or otherwise be with the kids. Sabrina Garibian, who has a 2-year-old and a 16-month-old she’s raising in downtown Philadelphia, says her husband’s commute is one walkable mile. “I only use my car once during the week to go to the market,” says Garibian. “Our vet is in walking distance, our pediatrician is within walking distance.”

6. Amazing food and other amenities

Can you find artisanal single-source coffee or ice cream made with liquid nitrogen at your local strip mall? Okay, not every city center has the mind-boggling smorgasbord of eating and drinking that you find in San Francisco, Chicago or Brooklyn, but the options in any city are usually better and more diverse than what you find in the burbs. Easy access to these delicacies and to interesting boutiques and stores is another reason to go urban.

Are you raising children in the city? Tell us about your experiences and what makes you happy about where you live.

Joyce Slaton writes, sews, cooks and lives in San Francisco with a husband, an enormous orange cat and one fiery grade-school daughter, Violet. Her work has appeared in Self, Ms., Wired, and Babycenter.com, where she has been blogging for almost a decade.