Ron Howard believes happiness is about love, his favorite word. “It’s loving what I do and who I do it with.” 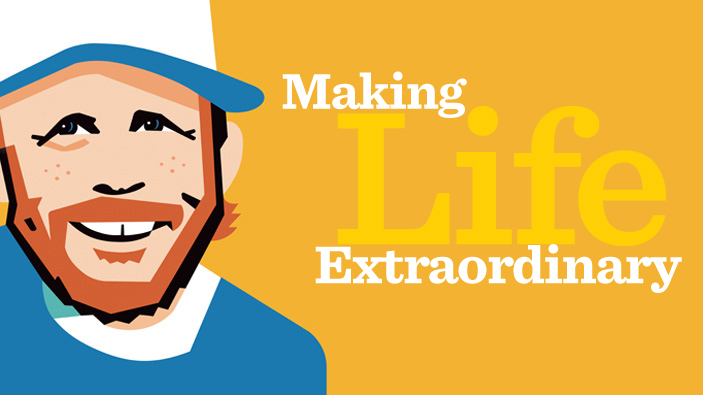 He shares his insights on love, family, work and happiness.

For Ron Howard, the secrets of happiness are simple, yet profound. “It’s about enthusiastically putting one foot in front of the other, and looking forward to what’s next, handling the challenges and doing the chores,” says the director of Splash, Apollo 13 and now Rush.

Ron learned from the imaginary world of movies how to see the real world in fresh ways: “You have to create a special environment in order to catch something extraordinary. You never know when exceptional moments are going to happen, so you have to stay on your toes or you’ll miss them.”

In fact, you might say Ron’s mantra and another of his secrets of happiness is the question he’s constantly asking, “How’m I doin’?” Happiness is also all about family and all that represents, Ron explains. It’s about how he treats people. “It’s about noticing what’s in my frame,” says the director, “what’s right in front of me and never allowing myself to be bored.” 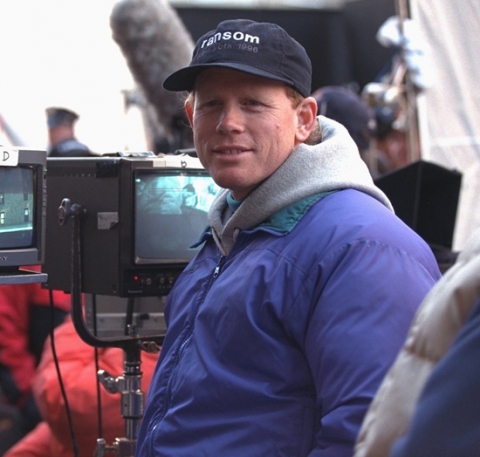 Happiness is about love, his favorite word. “It’s loving what I do and who I do it with.” Happiness is about accepting what is beyond a person’s control, including his shrinking hairline–“I got used to it a long time ago.” And it’s much deeper than perfection or bank accounts. “Honestly, if I wasn’t a director, I’d probably be a basketball coach,” he says. “I know I’d love that, too, because I actually did coach my daughters’ high school team a while ago.”

Ron married his high school sweetheart and the love of his life, Cheryl Gay Alley, in 1975, when they were 21. About that time he was beginning to experiment with films. He cast Cheryl in the first one, and he still puts her in all his movies. “I call her my good luck charm,” he says. Now they have four grown children and three grandchildren.

Cheryl is a pro in her own right, and she’s an adventurous woman whose dad taught her to fly a plane and handle a gun. She researched and wrote the novel In the Face of Jinn, which takes place in Pakistan. “She loves travel and exploring different cultures,” says Ron. According to Cheryl, he says, “one of the things that brought us and has held us together was our appreciation of a good story.” And Cheryl is obviously very much in love with Ron. “He dazzles me,” she told Connecticut magazine.

Cheryl coped with the travel requirements of Ron’s career by being willing to move whenever necessary to keep the family together. The couple took their children along on location, and Cheryl handled the logistics, even home-schooling some of the time. “We wanted to live a whole life with our children, so we didn’t compartmentalize,” Ron says. “It was unsettling and confusing. It was chaotic, but they rolled with
the punches.”

In fact, when Cheryl was pregnant with their son Reed, she arranged for the whole family to be in London. Ron was making Willow, and the move allowed him to be present at Reed’s birth. It was the act of “a real hands-on mom,” he says.

Daughter Bryce Dallas remembers, “My mom gave so much to us when we were growing up. Even now she stays very involved in keeping the family together.” A profile of Ron in Connecticut magazine quotes Cheryl telling other moms in their town, “If you ever see any red-haired kids so much as smoking downtown, I want to know about it!”

“When I had kids she gave me a piece of surprising advice,” Bryce says. “She said that when it comes to building a strong family, it’s always important to prioritize the marriage. You have to be stable in your marriage and personal relationships before you can impart stability to your children.” 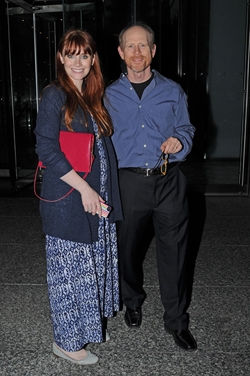 Cheryl lives this advice. “My parents have always made time for the little things,” Bryce says. Bryce tells about her parents’ coffee dates, bike rides, trips to the farmers market and watching movies and TV shows together. “As hard as it must be to juggle kids, life, a career and all those responsibilities, they truly prioritize their friendship,” Bryce says. “It’s something my husband and I really pay attention to and try to emulate.”

Memorably, Ron and Cheryl gave each of their children a middle name that stands for where he or she was conceived. Daughter Paige says, “I don’t know what they were thinking!” There is Bryce Dallas (representing Texas), her twin sisters Paige and Joselyn Carlyle (in honor of the famed Carlyle Hotel in Manhattan), and son Reed Cross (named after a street in a small town where they were living at the time).

Now, Bryce is an accomplished actress and the mother of two children, Theo and Beatrice. She’s married to actor Seth Gabel. Paige is also pursuing an acting career, and Joselyn, a fairly new mom herself, is finishing school and is married to actor/writer Dane Charbeneau. Ron and Cheryl’s son, Reed, is on the pro golf tour.

What’s next for Ron and family? He’s already started a project based on a survival story by Herman Melville, who wrote Moby-Dick. “It’s a masterpiece,” Ron says. He found it in the book In the Heart of the Sea: The Tragedy of the Whaleship Essex, by Nathaniel Philbrick.

He is currently working with daughter Bryce on Project Imagin8ion, sponsored by Canon. The project encourages the public to submit photos; winners are selected to inspire short films and experimental movies.

Joselyn’s husband, Dane, wrote the first film that resulted from the project, and Bryce directed.

“It’s the first time we’ve worked together in this way, and I must admit it’s beautiful for me to be able to say the words, ‘my daughter, the director,’ because I know the joy that awaits her,” Ron says. After all, as he says, it’s that joy, and love, that leads to the happiness Ron feels.