Snack company KIND has awarded 7 community heroes a total of 1.1 million in grants for selfless service to others. 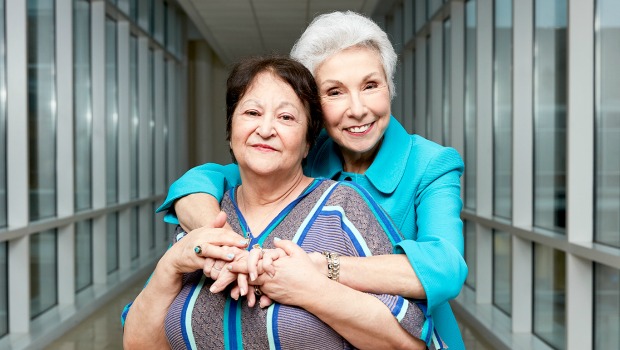 Snack company KIND rewards local leaders for their tireless work in giving back.

When he was a child, Daniel Lubetzky’s father told him about the Holocaust. In his father’s stories it wasn’t the death, hatred and inhumanity he had experienced at Dachau concentration camp that stood out. It was the kindness, like when a Nazi guard sneaked him a potato.

“My father never forgot that soldier, he always said that potato—that fleeting moment of kindness—helped him stay alive,” Daniel says.

That is why, when Daniel established KIND Snacks in 2004, he set company goals of promoting kindness—and of course making a really good nut-and-fruit granola bar.

A little over a decade later, Daniel established the nonprofit KIND Foundation to further his mission. In December 2016, the foundation announced the annual winners: KIND People who “show us how to live a life rooted in purpose, forge an inclusive society and lead our communities with determination and humanity,” according to their website, kindsnacks.com.

Doniece Sandoval, featured in Live Happy’s December 2015 issue for her work with the homeless, was awarded $500,000. Six other winners received $100,000 each. Although their work ranges from water access to prison rehabilitation, they all share one quality—the ability to put kindness into action.

These are not the people who are going to see something and just stand by,” said KIND Foundation Director Dana Rosenberg. “All of them saw something and did something."

In Doniece’s case, that meant converting old buses to mobile shower units and driving them to locations in San Francisco where the homeless could use them. Although her creation, Lava Mae, is innovative, Doniece said the most incredible acts of kindness she has seen are simple.

“We think kindness has to be big,” Doniece says. “But sometimes it’s just the little things.” Little things like when a homeless man ran up to a shower unit announcing he had a job interview and everyone in line let him go first saying, “Go ahead man,” “Get it done,” and “Go get that job.”

Many ways to give back

In all, there were almost 5,000 entries—far more than the foundation had expected. Finalists were chosen by a group of judges that included Twitter CEO Jack Dorsey and media mogul Arianna Huffington. Nominations had to come from someone other than the nominee; Jodi Rae, however, was recommended by her husband.

“When we shared the nomination with Jodi Rae (Ingstad), she was so taken aback by the stories of kindness that her husband shared about her she said, ‘I didn’t realize he was seeing and understanding all of this,’ ” Dana explains.

According to Doniece, hearing about kind acts “lifts you up and makes you realize there’s plenty of good in the world.”

Which is exactly what the foundation is about. By recognizing and promoting kindness, in this case by showcasing the winners’ work in videos and stories, they hope to inspire other acts of kindness. The response has been promising. Jodi Rae has been flooded with thank-you notes and offers of support. Jo Dee has also heard from people interested in her work.

Doniece—even before the award was announced—received 1,500 requests to bring similar programs to other communities. She plans to use the award money to complete a toolkit that outlines the steps to do that.

This year, KIND Foundation plans to work with Harvard University to develop tools to create kinder school environments and will continue awarding $10,000 to worthy causes each month.

“Kindness is a magical power,” Daniel says. “We call it a net-happiness aggregator. Both the person doing the kind act and the recipient are better off afterward.”

See videos of the winners and read more about their stories at https://www.kindsnacks.com/foundation/kindpeople/