Caring for the community is part of the this food truck company’s DNA. 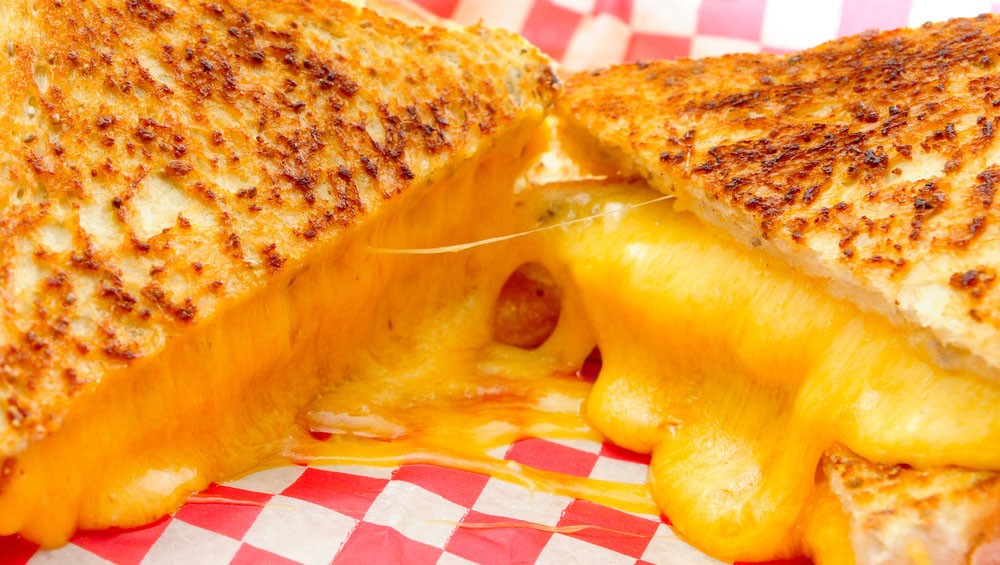 Grilled-cheese food truck makes giving to the community a key part of its mission.

On the morning of July 8, 2016, news cameras gathered outside the Dallas Police Department’s downtown headquarters following the deadly police shootings that shocked the country the previous night. Amid the frenzy, a brightly painted food truck and purveyor of grilled cheese sandwiches—Ruthie’s Rolling Cafe—scooted past the barricades and crime scene tape to feed officers who had worked through the night after the tragedy.

“We were their nourishment for that morning,” says Ashlee Hunt Kleinert, owner of Ruthie’s. “When you feel helpless, a lot of times what you do is bring a meal. The beauty of a food truck is that we’re a restaurant on wheels—we can get up and go.”

While serving warm bacon, egg and cheese sandwiches, Ruthie’s team members also offered hugs and words of appreciation to the officers—and their heartfelt gestures didn’t go unnoticed. “It really showed us how much they cared about us and how much they mourned with us,” says Officer Kimberly Mraz. “The officers felt that and really appreciated the support.” 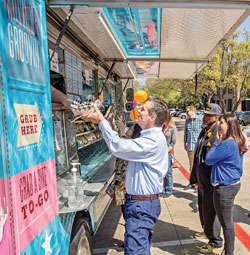 Caring for the community is part of the company’s DNA: Not only has Ruthie’s—a regular on the Dallas food truck scene—been responding to tragedies since its founding nearly six years ago, but also in January, the company launched Ruthie’s Snacks of Kindness, a program centered on giving back.
Each month, Ruthie’s selects an organization, either chosen by a staff member or nominated by the public, to receive a snack of kindness. The team works with a contact at the organization to surprise a specific group of people with gooey grilled cheese variations like The Boss, made with smoky barbecue brisket and melted cheddar.
First on its list for 2017 was the Notre Dame School of Dallas, which serves children with developmental disabilities. In February, Ruthie’s surprised the school’s tireless staff to thank them for what they do. “When a business can share their resources, the kindness spreads,” says Elizabeth Garrison, assistant development at the school. “Ruthie’s Snacks of Kindness gave our staff a boost in morale, which in turn, enables our staff to be more positive in the classroom.”

While the program formally launched this year, Ruthie’s has been surprising women in homeless shelters, passengers at a bus station, military veterans and many other groups over the years. “You can do little things to brighten someone’s day,” Ashlee says. “When your day is brightened, hopefully it carries forward and the person who is affected treats somebody else differently, and it continues. It’s just spreading a little bit of sunshine.”

Just ask Jeff Hensley, former Navy fighter pilot and director of clinical and veteran services at Equest, which provides equine therapy for special needs populations. A couple of years ago, Ruthie’s surprised one of the graduating classes of Equest’s Hooves for Heroes, a program designed for military veterans and their families.

“This kind of thing restores my faith in other people and reminds me that at our core, we really are all connected,” Jeff says.