A Heartwarming Lesson in Gratitude

Gratitude and generosity of spirit are contagious—that even a small gesture can have a big impact on others. 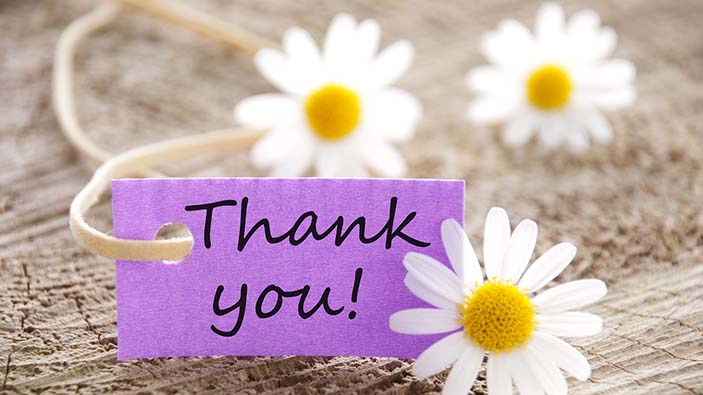 Recently I had the privilege of attending a charity event for a local organization. It was an evening I was looking forward to. Little did I know that I would be walking away with a heartwarming lesson in gratitude. At the event one of the fundraising activities was a raffle drawing in which the winning ticket holders would receive a $25 gift card to Best Buy. The raffle tickets were $5 each and there were 20 gift cards being given away.

After I placed my raffle tickets into the drawing box a fifty-something man slowly walked up to the box and deposited nearly two dozen tickets. A little boy around the age of 6 shuffled up to the box next. He reached into his pocket and pulled out one crumpled ticket. As he tentatively dropped his ticket into the box the boy turned to me and shared that he had raked leaves for hours in his neighborhood to earn the money to buy that one ticket. He explained that he desperately wanted the gift card to buy a video game that his parents said he had to pay for himself. The man and I glanced at one another, smiled and wished the boy good luck. I secretly hoped that the little boy would win.

Toward the end of the evening the host announced that it was time to draw the tickets for the lucky winners. Out of the hundreds of people in the room it was easy to spot the little boy sitting in a chair, nervously kicking his feet back and forth, waiting for the raffle to begin. I didn’t win, and neither did he.

As both a parent and a therapist, I felt compelled to encourage the boy to keep working toward earning enough money to get that video game. One disappointment didn’t mean he could never have what he wanted. I chuckled to myself, because I just can’t help myself—I’m forever trying to show people “the life lesson” and find “teachable moments” in a situation, and there I was, at it again!

Just as I approached him, the fifty-something man walked up and handed the boy two gift cards. He had won and chose to share his winnings with this hard-working little kid. Wow. After the two of them parted ways I went to speak to the man. I felt compelled to tell him how impressed and grateful I was that he made such a kind and generous gesture. After I gushed over him for a moment he said, “I did nothing special. I am grateful that I won and have learned to pass along a piece of anything wonderful that I receive to someone else so that they can also have something to be grateful for. I like to make people feel good.”

Remember I told you a little earlier in my story that I can’t help but show people life lessons and teachable moments? Well this life-lecturer learned a few life lessons herself! I realized that gratitude and generosity of spirit are contagious—that even a small gesture can have a big impact on others.

Stacy Kaiser is a successful Southern California-based licensed psychotherapist, author, relationship expert and media personality. With more than 100 television appearances on major networks, including CNN, NBC, CBS and FOX, Stacy has built a reputation for bringing a unique mix of thoughtful and provocative insights to a wide range of topics. You can learn more about Stacy on her website.