Alastair Moock is a 2013 Grammy Award nominee and musician who creates music for kids. In this episode of Live Happy Now he discusses meaning—one of 10 practices for choosing joy. 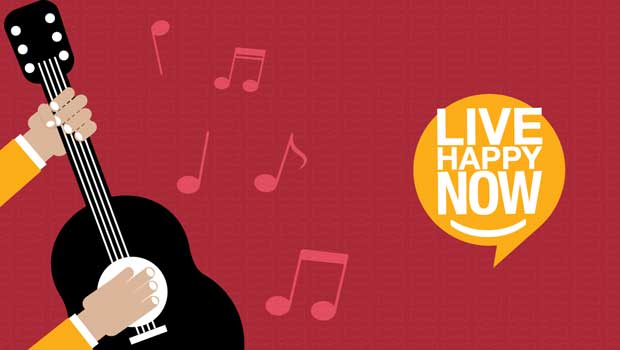 Alastair Moock is a 2013 Grammy Awards nominee and a two-time winner of the Parents’ Choice Gold Awards. His works have twice been included in The Fids and Kamily Industry Critics’ Top 3 Albums of the Year. One of Boston’s premier folk artists, Alastair turned his attention to family music after the birth of his twin daughters in 2006. The New York Times calls him “a Tom Waits for kids” and The Boston Globe declares, “in the footsteps of Pete Seeger and Woody Guthrie, Alastair Moock makes real kids music that parents can actually enjoy.”
In this episode, Live Happy co-founder and Editorial Director Deborah K. Heisz talks with Alastair on one of 10 practices for choosing joy—meaning.