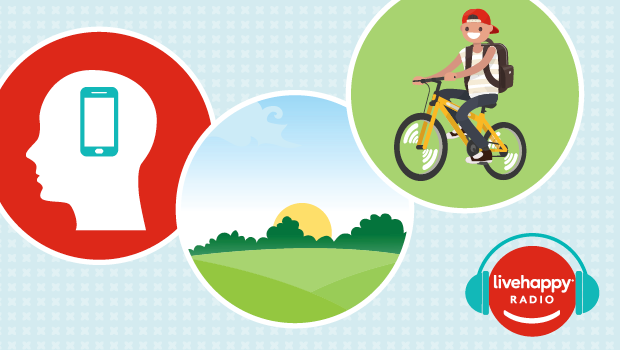 Here’s a look at what we’re talking about this week:

The best part of waking up…

Waking up and smelling the coffee apparently puts a little extra spring in your step—or at least adds some positivity to your social media. Researchers at Cornell University studied Twitter feeds and found that tweets made earlier in the morning reflected greater promise and optimism than those made later in the day.

The research also found that moods dipped during the day—presumably while the subjects were at work or school—but then became more positive late at night. Moods also appeared to be more positive on the weekends than on the weekdays, hinting at a possible link between our moods and the effects of work and commuting. Hmm, it may be time to find ways to spark more joy at work!

Ride your bike, change your life

If you want to keep that positive morning momentum going, maybe riding a bike to work is the answer. Recent findings show that people who ride their bikes to work show lower levels of stress and improved work performance, paving the way for a great day.

Cycling also requires you to stay in the moment by keeping you focused on what’s happening around you, instead of letting your mind wander to what needs to be done at work or the disagreement you’re having with your teenager or spouse. Plus, there’s the added benefit that being in nature—versus being in a car, bus or train—is a natural stress reliever.

Still need a reason to switch to pedal power? You’ll cut the cost of your commute while cutting your risk of heart disease, cancer and early death.

Find out how one nonprofit is biking for a change.

Smartphone got your brain?

If you’re having trouble thinking clearly, your smartphone might be to blame. At least that’s what researchers from the University of Texas at Austin found when they measured how well study participants completed tasks when their phones were nearby.

What makes this most interesting is that just having the smartphones in the same room negatively affected the people’s ability to concentrate—even when the phones were turned off. The study concluded that even when we’re not able to use the phone, the mere fact that it’s in our line of sight gets our conscious mind thinking about not using it—which creates brain drain.

Putting the phone in a drawer, bag or another room resulted in significant improvements in cognition and concentration. So, next time you want to get some work done, maybe you should give your smartphone the day off.

Can't get away from your phone? Check out Amy Blankson's tech survival kit.