Apologizing doesn’t always come naturally. But if you put some thought and some heart into it, a true apology can mend broken connections and heal relationships. 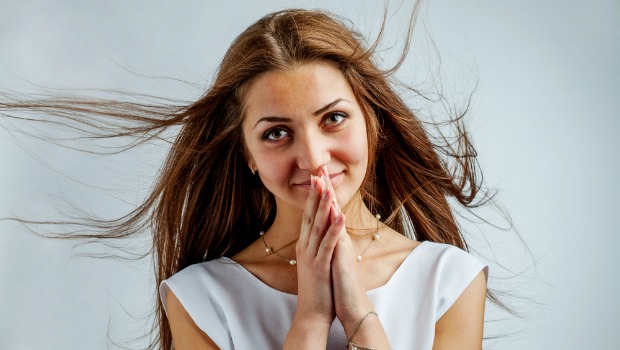 I have to admit, apologizing for something I've done wrong is not my forte.

Which is why, when I found myself confronted by a situation recently in which I had clearly spoken out in anger and reaction, and I needed to make an apology, I was literally writhing within my skin.

As I ran my apology in my head I kept hearing myself sneak in reason and justifications into my apology about why I had done what I did. I noticed myself using the phrase “I’m sorry but…” which is really to say, “I’m not sorry at all” or “it’s actually your fault.”

My posture was defensive. My body was guarded. The bottom line was, I hated being wrong.

And this is where I think we get into trouble and stick ourselves. Just because you are saying “I’m sorry, I was wrong, I should not have said or done that” does not make you, as a being on this earth, wrong. You are not wrong empirically. But what you have said or done may not be creating what it is that you desire to create.

Thinking of the future

If you wish to have ease and trust with your sister, taking her clothes without asking may not be the best way of acheiving that goal. If you wish to create rancor and disharmony, then well done! There is no right or wrong action, only an awareness that every choice you make helps creates your future. If you have made a choice that is pushing you toward a collision with a friend, colleague or loved-one, then an apology—a true apology—is one of the fastest ways to redirect.

I have been studying consciousness and tools to create more ease in life for many years. When it came time to make my apology, I had to give myself a little refresher course on where to begin.

If you would like to create an apology, a true apology in which the energy of the conflict changes, there are a few key things to remember:

1. Lower your barriers. Push down anything that makes you want to protect or defend yourself. You can’t make a real apology while you are guarded. You must be willing to receive all energies without going into defense.

2. Cut out all your reasons and justifications. It doesn’t matter “why” you chose to eat your dad’s pie or say something rude, the point is, you did it! “But” and “because” do not belong in a true apology. “But” negates whatever you said previously in the sentence and “because” takes you back into justification land. Neither belong as part of your “I’m sorry.”

While acknowledging you were wrong or apologizing is not necessarily fun, it’s sometimes required. Sometimes you are wrong—at least from their point of view.

Trying to make it right

I made my apology this morning. It wasn’t easy, but I’m still alive! And the space and lightness in my universe has expanded. I’m very grateful for this choice.

I may have a ways to go when it comes to apologizing, but even a difficult apology is better than just remaining self-righteous and creating distance with people who are important to me. So I’ll keep practicing.

Is there anything in your life you need to apologize for? What would it create if you were willing to acknowledge when you are wrong?

Blossom Benedict is an international speaker, facilitator and coach who has facilitated workshops in 12 countries and touched thousands of lives with her gentle, joyful and dynamic presentation of the life changing tools of Access Consciousness®. A singer, actress, and vocal coach, Blossom is a member of Actors Equity, holds a BA in Drama and has appeared in dozens of productions across the United States. She was the lead teacher of The Children’s Healing Project at the Stanford Children’s Hospital, was Director of TheatreWorks’ nationally acclaimed Playing with Poetry summer camp, and can be heard bi-weekly on her radio show "The Lightness of Change" on the One World Puja Network.