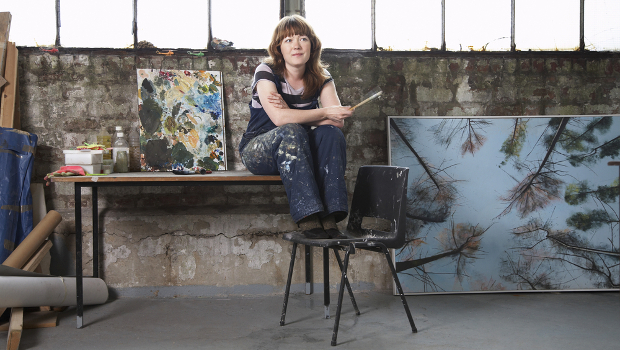 When setting out to make a documentary about happiness with Adam Shell, I would not have considered this subject to be controversial. Thought provoking? You bet. A catalyst for conversations among audiences? Hopefully! But when our adventure began more than a year ago, I certainly didn’t think we’d be met with skepticism. But we have—a great deal of it—so I think it’s worth investigating the doubt we’ve encountered while traveling the country.

Overwhelmingly, the people we’ve met on our adventure have been supportive and optimistic about the project—they seem to immediately get it and understand the importance of what we’ve set out to do. Perhaps this is why I’ve begun to pay more attention to the dissenting voices of skepticism—they stand out more in a sea of positivity. To be clear, these are not people whom I would characterize as grouchy or contrarian; in fact, many of them are delightfully upbeat and happy. But I have come to appreciate their skepticism about the importance of happiness.

I don’t view this group of dissenters as the opposition, but rather as allies in the journey to leading a happier life. In fact, I believe those of us living on a steady diet of self-help and “how to be happier” lists may find the greatest insights into living happy come from the conversations I’ve had with these skeptics, rather than the happiest people in America. I’d like to present their case, which I have defined by three statements about happiness, because I believe doing so will help those looking to lead happier lives.

1.Happiness is not important.

But for some, the larger question of importance has less to do with a standard of living and more to do with this question: What’s it all about?

If you’re reading this hoping that I’ll let you know what it’s all about—that is, the meaning of life—you’re going to be disappointed, as I’m not quite sure (weird, since most 23-year-olds claim to have it all figured out). Instead, I’m going to point out that for a large group of people (our aforementioned skeptics), what it’s all about is not happiness.

As I’ve said before, they’re not curmudgeons, Grinches or clinically insane—they’re artists. (All right, some artists may very well be clinically insane, but it’s certainly not a requirement.) I use this label to describe anyone whose primary quest is creation. A painter is an artist whose brush strokes withstand centuries of change and remind us of our cultural roots. A novelist is an artist whose words provoke our imaginations to explore new worlds. An astrophysicist is an artist whose theories and calculations help translate the mysteries of the cosmos into language and common understanding.

This group is not motivated by a pursuit of happiness—an often-fleeting feeling—but instead, by a desire to make sense of the world. They want to leave behind tangible evidence of their accomplishments in hopes of enriching lives, even after theirs has ended. Of course, one byproduct of discovering a new particle or receiving a standing ovation is the warm glow we’d call happiness, but that is not their principle motivator. What is most important is not the feeling they receive, but the effect of their work (perhaps this is one of the reasons our society has the tortured artist archetype).

I must admit that while none of the skeptics are grouchy, there has certainly been an undertone of disdain for the self-help industry. There are a number of influencing factors, but I believe the common belief is that self-help with regards to happiness is primarily self-serving. The individual is the sole recipient of that dopamine release, and while happiness is absolutely contagious, most people are not looking to be happier for the benefit of those around them.

Even more upsetting to this group is the belief that self-help arises from growing amounts of narcissism within our society. Despite what our Founding Fathers wrote, for most of our country’s history, people were not entitled to feel happy.

That said, being happy or wanting to be happy does not make you selfish. In fact, through this project I have discovered that many of the happiest people in the country are also the most selfless—acts of service yield the best return on investment (take note of this, as we’ll return to this point in a moment).

3. Happiness is detrimental to progress.

“To achieve great things, two things are needed: a plan and not enough time.” —Leonard Bernstein

Most people have heard the expression “a fire under your ass,” and I imagine that all who have considered it wouldn’t willingly sit on a wicker chair atop a campfire. But the reality is, necessity drives innovation and progress—but so does stress, as illustrated by Leonard Bernstein’s brilliant observation about the need for not enough time. When charting personal growth, I have observed that the largest leaps come during times of stress. This is not to say that stress and happiness are mutually exclusive, but a great amount of self-help literature focuses on eliminating stress and nestling into a place of easiness. It is for this reason that many believe happiness is detrimental to progress.

Why push boundaries and venture outside of your comfort zone if you’re happy? Doing so may result in stress, frustration and a sudden depletion of your once-blissful state.

One of our very first interviews on this journey was with a professor of psychology at University of California, Berkeley, Iris Mauss, Ph.D. We were drawn to Iris after reading a paper she published titled Can Seeking Happiness Make People Happy? Paradoxical Effects of Valuing Happiness. In this paper, Iris and her colleagues detailed their findings supporting their claim: The pursuit and valuing of happiness can actually have paradoxical effects. In other words, pursuing happiness can make you more unhappy!

What Dr. Mauss pointed out to us, though, is that her findings do not say that it is impossible to pursue happiness—you just have to be tricky about it! And this, I believe, is the reason we should all listen to the artists who have expressed skepticism about the importance of happiness.

The good news is that you, too, can be an artist! Maybe not in the sense that you should quit your day job and hold out for an exhibit at New York’s Museum of Modern Art, but certainly in the way you should go about arranging life importance.

Redefine what you’re after and accept that there is a part of you that does not want to be happy, but instead hungry. For some people, that part speaks louder than for others, but no one is full all the time. In those moments of hunger, I challenge you to consider that happiness may not be the most important thing you can strive for. Instead, attempt to solve a problem, find meaning or create work that benefits others.

As I noted before, acts of service are among the best things you can do for yourself, and if we remember that nearly all forms of art and creation are acts of service, there is practically no limit to the happiness you can create. Let happiness be the pleasant byproduct of your pursuits, not the pursuit itself.