Will Russell is a co-founder of Lebowski Fest and a shining example of someone who has harnessed the power of the Internet to build his community. 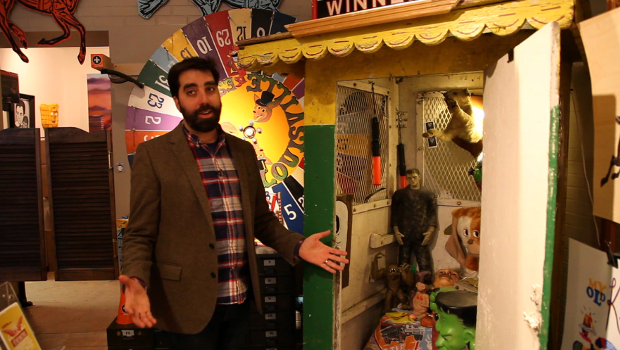 In this last post about community, we travel to Louisville…sort of. Although Lebowski Fest Headquarters may be located in a basement of a nondescript building, the real Lebowski community lives in every corner of the country and maintains their bond through the internet and monthly gatherings.

For those unfamiliar, Lebowski Fest is a semi-monthly, quasi-annual gathering of people who all share a love for the Coen Brother’s cult film The Big Lebowski. The term “cult film” really just means it was a major flop at the box office, but then found a new life on DVD – and what a life it found.

People love this movie. Do a quick Google search and you’ll find a multitude of articles, books, and fan-sites devoted to the film. All Lebowski-roads will eventually lead to one man: Will Russell. Will is a co-founder of Lebowski Fest and a shining example of someone who has harnessed the power of the Internet to build his community.

We spent a few days with Will at his gift shops in Louisville, KY, discussing Star Wars, Kentucky Fried Chicken, Pee-Wee’s Big Adventure, and of course The Big Lebowski. He’s a kid at heart, as was evident when he showed us the Rolling Roadside Attraction, which is a small bus he converted to be able to bring some of the oddities that he’s collected wherever he pleases. When he opened a compartment in the bus and discovered a zombie Gumby costume, he threw it on – without coaxing – and conducted the rest of the interview from behind the big flesh-eating grin. 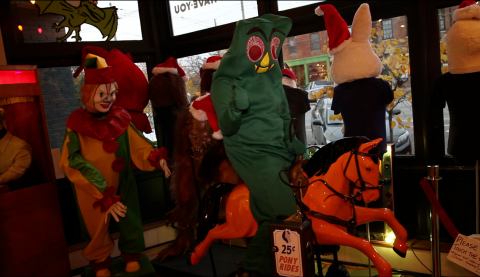 At one point, Will donned a bowling pin costume (you’ll understand if you’ve seen The Big Lebowski), and I began to wonder what his life would have been like without the Internet. Currently, his life is pretty sweet: he owns two successful souvenir shops, is a father to a beautiful young girl, and has 100,000 like-minded friends with whom he shares his greatest life passion–Lebowski. But without the Internet, none of this may have been possible. He very well may have continued down the dark path of depression that he found himself on after graduating high school. He told us about wandering the country in his early twenties and feeling very lost. I tried to sugarcoat the experience and offer him the title of vagabond, but he insisted he was simply homeless, occasionally incarcerated, and without connection or direction.

Just prior to meeting with Will, the Lebowski Fest Facebook page had reached 100,000 Achievers (a name given to Lebowski fans). Will had managed to turn his passion for this quirky film into a thriving community – he was no longer disconnected. Lebowski Fest began at a local bowling alley (a central setting in the film) when Will and a few friends decided to throw a Lebowski-themed bowling party. Today, the traveling festival usually spans two days and includes costumes, bowling, a screening of the film, performances by notable musical artists, and interviews with both the cast and crew of the film. 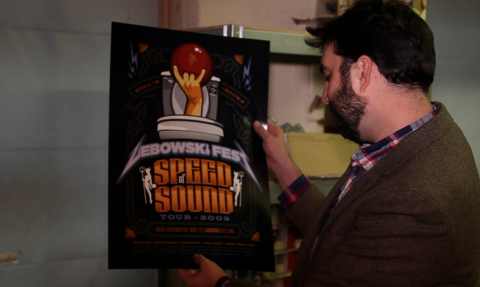 Will’s story of success reminds me how easy it is to not be alone. A woman we interviewed earlier in our travels said that depression is loneliness, and while this may not be true of everyone, I have witnessed time after time that those who are connected are happier than those who feel detached. Lebowski Fest is proof that we no longer have to create a community comprised solely of those who are geographically convenient, we can instead foster meaningful relationships through our modern technologies.

Of course, the success of Lebowski Fest hinges on the fact that it is not merely an online community, Achievers actually meet up in person. There are undeniable benefits to face-to-face interactions, but it is empowering to remember that we are no longer limited to the people, beliefs, customs, and resources that are within our physical reach.