These five far-flung destinations are sure to inspire your wanderlust. Get that passport ready. 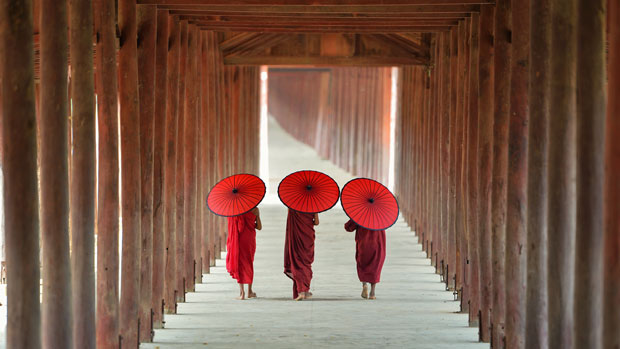 Go on a mind-expanding journey to one of these wondrous places.

Escaping to far-flung corners of the world inspires the soul, enlightens the mind and creates wondrous moments of joy. If you’re seeking inspiration for your next adventure, these awe-inspiring destinations will leave you longing to explore. 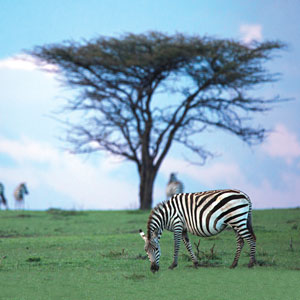 With one of the densest populations of wildlife on earth, the Maasai Mara ecosystem in Kenya’s southwest is a once-in-a-lifetime destination. From hippos to giraffes, herds of creatures intermingle across expanses of prairie grass that disappear along the horizon in all directions. While on safari, you’ll witness the spectacle of unique species you’ve probably never heard of, in addition to the well-known Big Five: the African elephant, leopard, African lion, Cape buffalo and the black rhinoceros. Even if you go on two game drives per day, each experience is unique. Overnighting at a safari lodge, animal calls through the night will lull you to sleep while curious monkeys scamper across your doorstep and an elephant towers over your tent (the surprise encounters are both thrilling and intimidating). 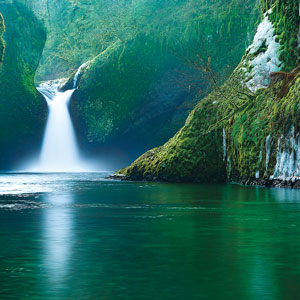 Beams of sunlight spill through a canopy of old-growth trees as you hike the verdant trails through the Columbia River Gorge, 62 miles north of Oregon's quirky city of Portland. Spanning 292,500 acres, the National Scenic Area was once inhabited by Native Americans and traversed by early pioneers, including Lewis and Clark. Within the region, Punchbowl Falls (featured) is an inspiring setting for a refreshing, albeit frigid, post-trek swim along the banks of Eagle Creek where hikers usually park for a picnic before exploring onward. It’s a breath of fresh air. 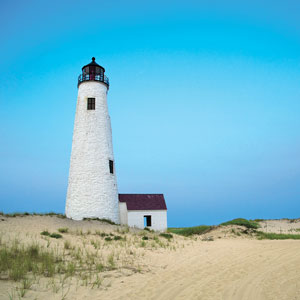 Steeped in American history and the charm of New England, Nantucket Island exemplifies the power of travel to transport you back in time. Beyond shores defined by dune fences and beach grass, its colonial-era buildings and cobblestone streets pay homage to early English settlements. Known as The Little Gray Lady of the Sea for its misty morning fog, the island 30 miles off the coast of Massachusetts will inspire travelers in pursuit of those “only person on Earth” moments. A four-wheel-drive adventure to Great Point Light on the northeastern point of Nantucket provides a view one might describe as “ahh-inspiring.” 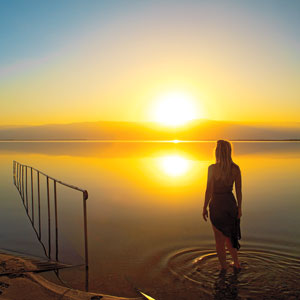 Expanding across the barren Negev Desert, Israel’s Dead Sea would make anyone feel full of life. It’s one of the most idyllic places to watch the world wake up as the sun rises over the rose-colored Moab mountains and paints the earth with golden light. During a refreshing swim in the smoldering heat, the water’s high-salinity concentration makes the body stay curiously afloat on the surface. Scores flock to the area to take selfies while floating, reading a newspaper and donning a mineral-rich mud mask sourced from the murky depths of the sea. It’s also worth taking a meditative walk along its banks where the dry, salt-caked earth crunches under your shoes. At 1,360 feet below sea level, the Dead Sea is also one of the lowest points on Earth, which is worth visiting if only for the bragging rights. 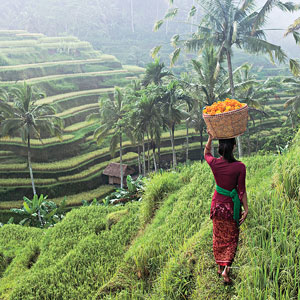 Travelers lured to Bali’s Eat, Pray, Love town in pursuit of tropical love affairs and yoga surely won’t be disappointed. The jungle town’s natural beauty and rich culture thrill the senses and inspire the imagination. In Ubud, fragrant plumes of incense drift from temples on nearly every corner where processions of locals float in and out wearing brightly colored sarongs. An air of reverence makes you feel like you’re part of something greater than yourself, while endless festivals and ceremonies surprise and delight. Feeling adventurous? Start the day with a sunrise hike up Mount Batur—an active volcano—and close the day with a self-guided meditation looking out upon endless fields of glowing green rice paddies.
Listen to our podcast: The Happy Traveler With Jamie Kurtz
Read more: Embracing Awe
Read more: 5 Reasons You Need a Vacation and Happy 100th Birthday National Parks

Megan Snedden is a travel writer and photographer whose work has appeared on the BBC, in National Geographic Traveler, USA Today and in many other publications. Find her at megansnedden.com.