Social media can make us happier or more miserable. Use these tips to deepen relationships and enhance well-being when you go online. 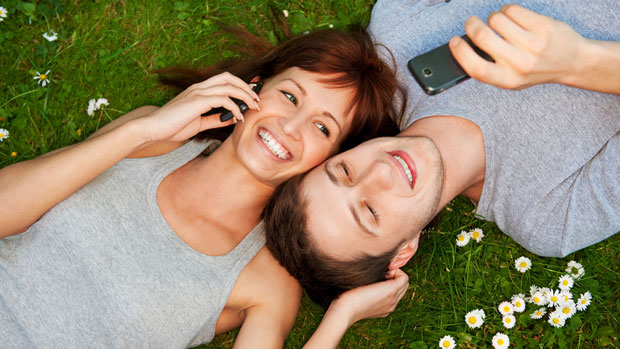 Use social media to enhance relationships and well-being with these expert tips.

Vin called in during the taping of my new radio series, 60 Seconds to Happiness. His problem: He feels jealous each time he looks at his Instagram feed because staring back at him are pictures his girlfriend posts while she is out having fun and he is stuck at work.

The pictures typically show her goofing off at a bar with her girlfriends, but sometimes also with guys whom Vin doesn’t know. Even though he trusts her, he feels a twinge in the pit of his stomach and doesn’t know what to do. 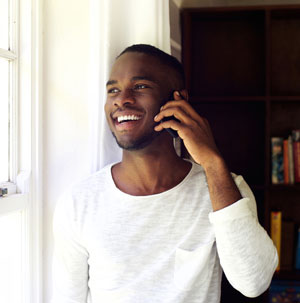 My radio series promises to help people make 1-minute habit changes that will increase happiness. Interestingly, an overwhelming percentage of callers needed help with their social media habits, including feeling down after even just a few minutes on Facebook or spending more time online than they have to spare.

I turned to the research for answers as our understanding of social media is changing so rapidly. Hundreds of studies assess our relationships with sites like Facebook and Snapchat and specifically which habits predict greater happiness both online and offline.

A former University of Pennsylvania research colleague who is now a senior lecturer at the University of Melbourne, Margaret Kern, Ph.D., led a meta-analysis of the 70 best studies and found a handful of clear themes. I’ve included questions after each big idea and offer a strategy for you to try.

1. Social media is not a mood booster.

Not one study found that significant use decreased depression and anxiety. For those battling depression and anxiety, which globally is 4.7 percent and 7.3 percent of people, respectively, turning to social media to feel better doesn’t work. Eight studies found that social media use is directly linked to depression, while 16 others found a nonsignificant connection. If you are feeling lousy, social media can expose you to experiences that make you feel even worse, such as negative news, cyberbullying or an overload from other people’s highlight reels.

Ask yourself: When you’re feeling down, do you get on social media to try to make yourself feel better and does that work for you? If not, is there an offline activity that might be better, like going for a walk outside or calling a friend?

Take a break: Get off social media for one week. Do it! It’s rejuvenating. Now that it’s summer, go out into the world and make memories. Take pictures. Experience life. The upside is that this will most likely give you more interesting, meaningful things to share with friends when you’re back online.

Read more: Is Everyone Having Fun Without Me?

Whether you envy celebrities’ awesome lives or judge someone who gets fewer “likes” than you, social comparison creates real misery and false happiness. According to the meta-analysis, social comparison is a big risk factor for depression and anxiety. One study found that more frequent negative social comparisons on Facebook were connected to an increase in rumination. This makes sense since comparing ourselves to others can fan the flames of rumination.

Ask yourself: Do you engage in social comparison? If so, is it often with the same people?

Clean your feed: Hide people who post negative news so you can make social media a happier place. You can get your news elsewhere. And hide people whom you compare yourself to like celebrities or that always-perfect neighborhood mom. Stop torturing yourself! Let your feed bring you joy, not pain. Setting yourself up for success is a form of self-love.

Listen to our podcast, Positive Communication With Michelle Gielan

Using social media is associated with lower levels of loneliness and greater feelings of social connectedness, as well as higher levels of life satisfaction and self-esteem. This doesn’t necessarily mean that using social media makes you happier, but that people who have high levels of happiness and self-esteem also typically use social media as an additional form of connection. Social connection is one of the greatest predictors of happiness we have from our research, so the more we can create it, the better off that makes us.

Connect meaningfully: Use social media to meaningfully connect with your friends by sharing pieces of your life and thoughtfully responding to theirs. Liking everyone’s pictures in your feed doesn’t count. I’m trying to follow these guidelines, too. When I do log on, I try to make it count by making a point to really connect with people I care about.

Vin agreed to stay off social media those nights he was away from his girlfriend. He also told her how he felt. Her response was incredible. She replied that while she looked like she was having a blast, she also missed him. Just hearing that made him feel so much better. And guess how long he said the conversation took? You guessed it…just 60 seconds to happiness!

Join me @MichelleGielan on social media, where I share happiness resources, including where to listen to our new radio series, 60 Seconds to Happiness!

SHAWN ACHOR is best-selling author of the The Happiness Advantage and Before Happiness. Shawn’s TED Talk is one of the most popular ever, with more than 5 million views, and his PBS program has been seen by millions. Learn more about Shawn at Goodthinkinc.com.

MICHELLE GIELAN is an expert on the science of positive communication and the author of the book Broadcasting Happiness. Formerly a national anchor for CBS News, Michelle holds a masters of applied positive psychology from the University of Pennsylvania. Learn more at Goodthinkinc.com.