Anna Faris expands her range as she doles out relationship advice on her new podcast and in her new memoir, Unqualified.

When actor, producer and podcast creator Anna Faris, age 40, starts talking, anyone within earshot is bound to feel like they’ve run into a long-lost high school bestie. With no veils of celebrity pretense or ego, Anna (whose name is pronounced AH-na, like Donna) has a knack for connecting with friends and strangers alike by exchanging life stories and bonding over common experiences.

Anna—star of CBS’ popular show Mom, voice actor for The Emoji Movie and currently filming an Overboard remake due out next year—is also married to Guardians of the Galaxy’s Chris Pratt and mom to the couple’s 5-year-old son, Jack. It’s hard to imagine there would be time for another project. 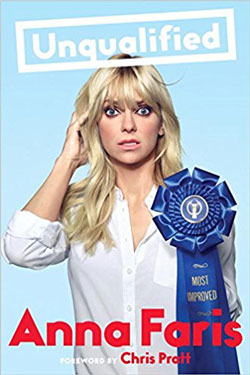 Yet Anna, who thrives on testing her personal boundaries, fulfilled her lifelong passion of doling out unsolicited advice to family and friends by developing a call-in-style podcast in 2015 called Anna Faris Is Unqualified. Her memoir and advice book, Unqualified, is set to be published this October.
Despite her choice of book titles, Chris is quick to note that dispensing advice is a natural fit for Anna. “Anna is genuinely interested in the stories of other people,” he says. “She always takes into careful consideration the well-being of her listeners’ hearts and gives the kind of supportive advice you'd get from a friend.”
A fan of NPR and podcasts, Anna says she devoured advice-style talk shows as a child. “Instead of cartoons, I’d watch Sally Jessy Raphael and was always reading Dear Abby and other relationship and advice columns. I just loved Dr. Joyce Brothers, too.” To parlay that childhood hobby into an adult, creative outlet, Anna ordered microphones on a whim. She invited a few friends over to discuss their relationship trials, tribulations and testimonies but didn’t expect anyone to listen to what they had to say. “It was like a therapy session we recorded.”
Within days, her longtime pal Sim Sarna offered to lend a hand. “That was the first time someone, including me, took the idea seriously. We really started from there.”

The podcast has grabbed attention from several of Anna’s colleagues like Sarah Silverman and Lance Bass, as well as legions of listeners seeking down-to-earth advice. “It’s a chance for listeners to get to relate to people they see in movies, hear on the radio, etc., in a real way. To see everyone has heartache. It’s not exclusive to any one group or demographic.”

When talking to listeners, Anna isn’t afraid to divulge personal details or dive right into the chaos, like when she made actor Nick Kroll play acting games with her in a New Orleans hotel lobby before chatting with him about the importance of dating passionate people. The podcast advisers—Anna, Sim and a guest celebrity—also share stories of their own relationship successes and failures, tales of puberty or even parenting frustrations or flops. “No topic is off limits for us, or callers,” Anna says.

In typical Anna fashion, she quickly—but naturally—connects with callers to the show. “Honest and, hopefully, really good advice is our goal,” says Anna. “Sure, we’re fun and joke around, but when we’re listening to callers, we’re 100 percent there for them and want to let them know that usually someone else has gone through a similar situation.” 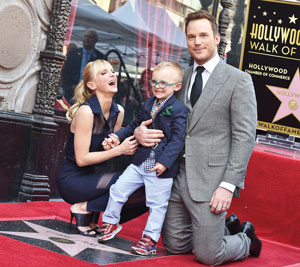 The podcast’s success morphed into Anna’s writing Unqualified, allowing her to flex the English degree muscle she built in college at the University of Washington. “That’s the most terrifying experience I’ve had in long time,” she confides. “It made me feel more vulnerable than probably I’ve ever felt, besides maybe giving birth.
“The goal was to share my experience because it’s not that different from so many other people. Everyone has had their heart broken or screwed up a good relationship. And my hope is that people will walk away realizing that so many journeys are the same. My heartbreak is the same as someone else’s and if I have to be vulnerable for people to get that, that’s OK.”
Read more: Garcelle, With Grace and Gratitude
(Visited 212 times, 1 visits today)
Popular Articles