Garcelle, With Grace and Gratitude

Garcelle Beauvais is optimistic about her future as an actress, mother and author of children’s books. 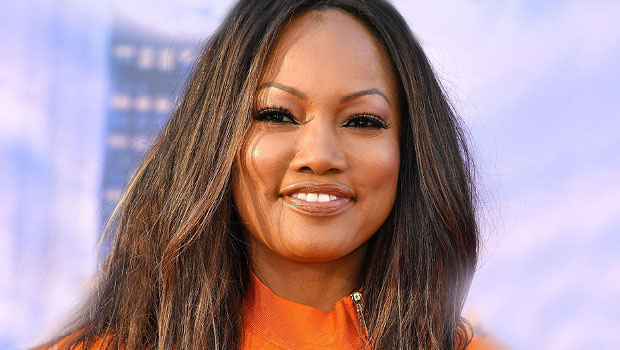 After personal struggles, the actress and mom embraces her many roles.

Garcelle Beauvais laughs in her lovely low-pitched timber, takes a sip of the iced coffee she’s enjoying at an outdoor café near her Los Angeles home, pauses for a moment to reflect, and then provides a condent answer.

The 50-year-old actress, producer and children’s book author is responding to the question of how she’d assess where she is right now on her happiness journey. There is, she says, an abundance of things to celebrate. Her 9-year-old twin sons Jax and Jaid are thriving. Her older son, 26-year-old Oliver Saunders, a rap musician who goes by the name Jayson Rose, is living at home and, Garcelle says, “getting his life together” after what he describes on his own website as a “tumultuous adolescence” that included being kicked out of five high schools.

Professionally she is feeling optimistic and inspired, buoyed by what she sees as a shift in Hollywood. “Finally, as women, we don’t have an expiration date,” Garcelle says. “It’s no longer, hit 40 and you’re done.” Without going after it, or having to audition, she was offered her high-profile role in this summer’s Spider-Man: Homecoming. She has also found opportunity in what others might have viewed as a setback.

In the spring, Hollywood Today Live, the syndicated entertainment news show she co-hosted, was canceled after two seasons. Garcelle saw that as a door opening, and immediately announced that she and Emmy-winning producer Lisa L. Wilson, who had worked on some Hollywood Today Live episodes, were launching a production company.

“We both love filmmaking,” Garcelle says, “and we want to make movies that matter, that break down barriers and that also entertain.” First up on their slate of projects is a short film about child sex trafficking, which will shoot in Los Angeles and in her home country of Haiti. She’ll be taking the twins with her to the Caribbean island nation. “They’ll be helping out as little production assistants,” she says. It will give them a chance, she says, to see how people who are less privileged live.

A journey through pain and betrayal

The only thing that keeps the twice-divorced actress from rating her happiness a 10 is the lack of a romantic relationship at the moment. “What would put my happiness over the top would be meeting the most amazing man who would love me and my children,” she says. “But there are a lot more boys than there are men out there, and I’m already raising boys so I don’t want to raise another human being. I want him already grown. Grown and sexy.”

Still, this longing aside, she is light years away from the misery she felt in April 2010 when she borrowed the cell phone that belonged to her then-husband of nine years, Mike Nilon, and saw an “I love you” text from another woman. Furious, Garcelle sent an email to Mike’s colleagues at Creative Artists Agency, where he was a talent agent, calling him out for being a cheater. The scorching email was published in the New York Post and then went viral.

Garcelle was humiliated, devastated and, she says, “totally and completely blindsided” by the infidelity. “This was the person I trusted. This was the man I thought was my final stop in relationships. My body shut down. I couldn’t get out of bed for days. There were nights I cried so much it was like the best ab workout I could do. The next day I was sore. If the Garcelle of today could tell that sobbing Garcelle something it would be, “You’re not going to believe it, but you’re gonna get through this. You’re going to get through it.”

In the aftermath of confronting her husband’s unfaithfulness and moving toward divorce, Garcelle discovered, she says, a strength she didn’t know she possessed. She had a good role model: her late mother. Marie-Claire Beauvais, a nurse, raised Garcelle and her six older brothers and sisters as a single mother. Garcelle was 7 when her family moved from Haiti to Massachusetts; later they’d relocate to Miami. “My mother brought us to this country where she didn’t know anybody,” Garcelle says. “That took incredible guts. She taught me to be independent. She always said to me, ‘Don’t let yourself depend on a man where you’d be destitute if he left you.’ I think that’s why it’s always been so important for me to have my own that no one can take away from me.”

She got an early start in self-reliance. At 17, Garcelle moved to New York and began modeling. She soon transitioned to acting, going from brief appearances in TV shows that included Miami Vice and The Cosby Show to a guest-starring role in the short-lived Aaron Spelling series Models Inc. Then, at 30, she was cast as Jamie Foxx’s co-star and love interest on The Jamie Foxx Show. The sitcom would become a hit and Garcelle a TV star.

Still, she never lost her grounding. “We thought we’d be lucky if we did 13 shows,” Garcelle says of the career-making show, “and we did 100. Jamie once said, ‘I worked with you for five years, always waiting for you to change, to develop an attitude when the show became successful, and you never did.’ I take that as a compliment. I stayed who I am, because I came from a place where my family didn’t have much. Today, I go to restaurants with my kids and they’ll ask, ‘Can I have the dessert menu?’ I’ll go, ‘Whaat?’ That was unimaginable to me growing up.”

Making a gratitude list is a frequent ritual with her twins, too, especially after a day when they’ve been difficult. “I always tell them, I am not raising ungrateful children, and I’ll ask them to tell me three things they’re grateful for.” Sometimes their answers leave her astounded. One night a year or so ago Jax began his list, “I’m grateful for video games. I’m grateful for my family.” And then, he said, “I’m grateful there’s no more slavery. Since you’re black, mom, you’d be a slave.” She laughs. “They were discussing slavery in school, but still that startled me.”

How Garcelle got her groove back

Garcelle’s resilience in those awful days, weeks and months after she discovered her husband’s infidelity took a turn that amazed even her, she says. “When you’re going through something like this, all your friends want to rally around you and help you escape,” she says. “Let’s go to a spa. Let’s go have drinks. And what I found was I needed to be still and let myself feel the pain. I think that’s what helped me recover, perhaps quicker than normal.

It was the most excruciating pain I’d ever experienced in my life but I didn’t mask it, I didn’t try to distract myself, I didn’t put a Band-Aid on it.” She sat quietly by the pool in her backyard when her kids were with their dad or at school. She wrote in her journal. She read. “My biggest goal was to be able to co-parent with my ex,” she says. “Our sons were 3, and I knew he was going to be in my life for a very long time. I didn’t grow up with a dad, and I never saw an intact relationship. It was important for me that my kids did. That was my mission.”

For the first time in her life, she saw a therapist. The advice her therapist offered took her by surprise: “To go from the dark to the light,” she said, “you have to do something that scares you. Is there anything you ever wanted to do but were afraid to pursue?”

For Garcelle, the answer was obvious: Write. “I’d long had the idea of writing a children’s book, but, yes, I was scared and I also didn’t know how to get started,” she says. Then, one day at the park with the twins, Garcelle chatted with a fellow parent named Sebastian Jones. Toward the end of their conversation, she casually asked him what he did. “I’m a publisher,” Sebastian said. “I do comic books, and I just started my children’s division.” 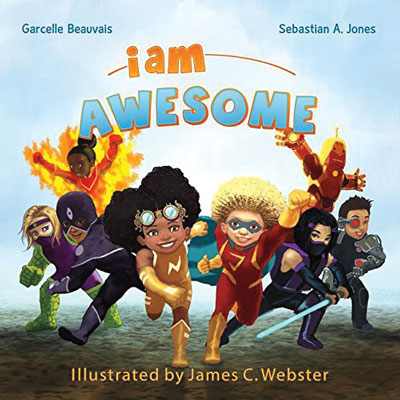 “I knew I met this man for a reason,” Garcelle says. “I needed to do something.” A few weeks later she called Sebastian and asked if they could meet. That meeting would lead Garcelle and Sebastian to create and co-write the I Am children’s book series. The books celebrate the diversity in children’s lives today and are written in the voice of Nia and Jay, biracial siblings whose parents are divorced. There are three titles in the series, so far: I Am Mixed, which has a foreword by Halle Berry; I Am Living in 2 Homes, and I Am Awesome.

“My kids got to see the process of creating the books and they got involved,” she says. “If they wanted a mouse in the book or they wanted a teddy bear, I’d include them. It was something that got all our minds off everything else and it was amazing.”

In the end, what helped her heal, Garcelle says, was immersion in the flow of her life, not distraction. “I got on with my life,” she says. “I got really busy. I wrote that first book, I was working on a pilot [for the legal comedy-drama Franklin & Bash]. I continued to grow, and I continued to work. That’s it. You gotta move on.” At one point, Mike moved back into the house because one of the twins was having a hard time sleeping. “I’ll tell you,” she says, “seeing him first thing in the morning? I don’t even know how I did that.” Still, she was careful, she says, never to speak poorly of her ex in front of the kids. “I might have hated him at the time,” she says, “but he was the boys’ dad and they loved him.” She recalls Michelle Obama’s catch phrase. “I went high,” she says with a laugh. “Girl, did I go high!”

If she were to write an I Am book about her own life right now, Garcelle says the title would be I Am a Work in Progress. “Every day I’m trying to figure out who I am, what I want and what I want in my next relationship,” she says. In the meantime, she says, there are pleasures in being single and sharing her home with only her sons. “Sometimes the twins sleep with me and when we’re lying in bed in the morning and they’re talking away—about their dreams, or their friends or something that’s coming up for them—that, to me, is joy, pure joy.”

There is also joy in being able to sleep in when the boys are with their dad. “Waking up in the morning, having a cup of coffee and being alone and quiet in my house, those are moments of happiness, too. Being single isn’t equal to being lonely. I have a really rich and fulfilling life.”