Happiness is a Choice

Slender and gregarious Mwaona Nyirongo lives and works in the eighth poorest country in the world, yet considers himself one of the happiest people on the planet. 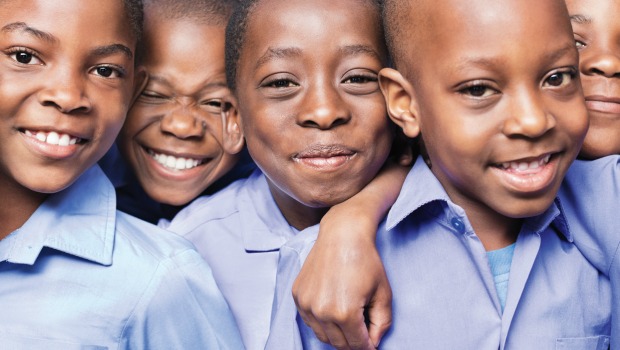 Malawi may be poor, but its people are optimistic about life.

As one of the world’s least-developed countries, Malawi has a low life expectancy, high infant mortality and a 74 percent poverty rate. Yet it is dubbed “the warm heart of Africa” and topped Forbes magazine’s 2010 list as the African country with the happiest people.
Researchers say that happiness comes from its relative calm, peaceful environment, which allows the government to spend its limited resources on social or economic initiatives that positively affect the lives of Malawians.
Official language: Chichewa
Life expectancy: 59.99 years
Happiness claim to fame: Named the happiest country in Africa by the World Database of Happiness and by Forbes; named one of the happiest places to visit by Lonely Planet.
In the shadow of Mount Zomba, in the African country of Malawi, a young teacher named Mwaona Nyirongo has dedicated his life to helping his students reach new heights. Slender and gregarious, he lives and works in the eighth poorest country in the world, yet considers himself one of the happiest people on the planet. “I am not rich, but I am optimistic about life,” he explains. “I see possibilities everywhere and that helps me enjoy life and appreciate the love around me.”
Growing up in the small town of Ntchenachena, where abject poverty, daily suffering and rampant HIV/AIDS infection were normal ways of life, he had no idea how desperate his situation was.

"I did not know life could be different" 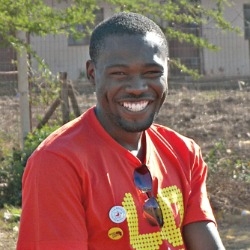 “The problems and deaths around me were what life was. I did not know life could be better or different,” Mwaona says. But when his father died unexpectedly, 12-year-old Mwaona went to live with an uncle who lived two hours away in Ekwendeni. Through his uncle, he met people who spoke of careers, education and life outside of Malawi. It was then that the young boy realized, “not everybody spends mornings without breakfast or sleeps without anything in the stomach.”
As a teenager, he joined the Boy Scouts and was chosen to represent Malawi at the 20th World Scout Jamboree in Thailand in 2002. “What an eye-opener that was,” he recalls. “There were cellphones, Internet access, better hotels, a lot of food, better hospitals. Almost everything was way ahead of Malawi, and I started to feel extremely sorry for myself and my country.”

A new awareness of the world

His newfound awareness brought fascination but also generated pain and sadness because he was surrounded by so many things he could not have. “I realized my sadness was making me less productive, so I chose to cultivate happiness by focusing on the things that really matter,” says Mwaona, who currently teaches history and geography
at Mulunguzi Secondary School in Zomba and is pursuing a college degree in communications.
He gives back to his community by volunteering with the organization Africa Classroom Connection, which builds much-needed classrooms in Malawi, and helps identify deserving students in need of scholarships.

In 2008, he raised money to organize a youth football league to keep young people involved and out of trouble. Although almost everyone in the village was destitute, the campaign was successful; neighbors gave what they could, and it was enough.
“In Malawi, we believe in Ubuntu: ‘I am because we are.’ We are responsible for each other. Being involved in something big and honorable gives real meaning to my life and brings happiness,” he says. Now a scout leader himself, Mwaona surrounds himself with the love of relatives and friends. He enjoys Malawian dances like Malipenga and Beni, listens to American jazz standards and the music of The Beatles.

Happiness is a choice

“Happiness is a choice,” he says. “Our environment or situations do not make us unhappy. We make ourselves vulnerable and allow sadness in. We don’t need to wait for people to give us happiness; we must cultivate it on our own.”

Click here to read more about happiness around the world.