Happiness Is Just Around the Corner

What’s the secret to happiness in Costa Rica, where residents enjoy high life expectancy and levels of general well-being? 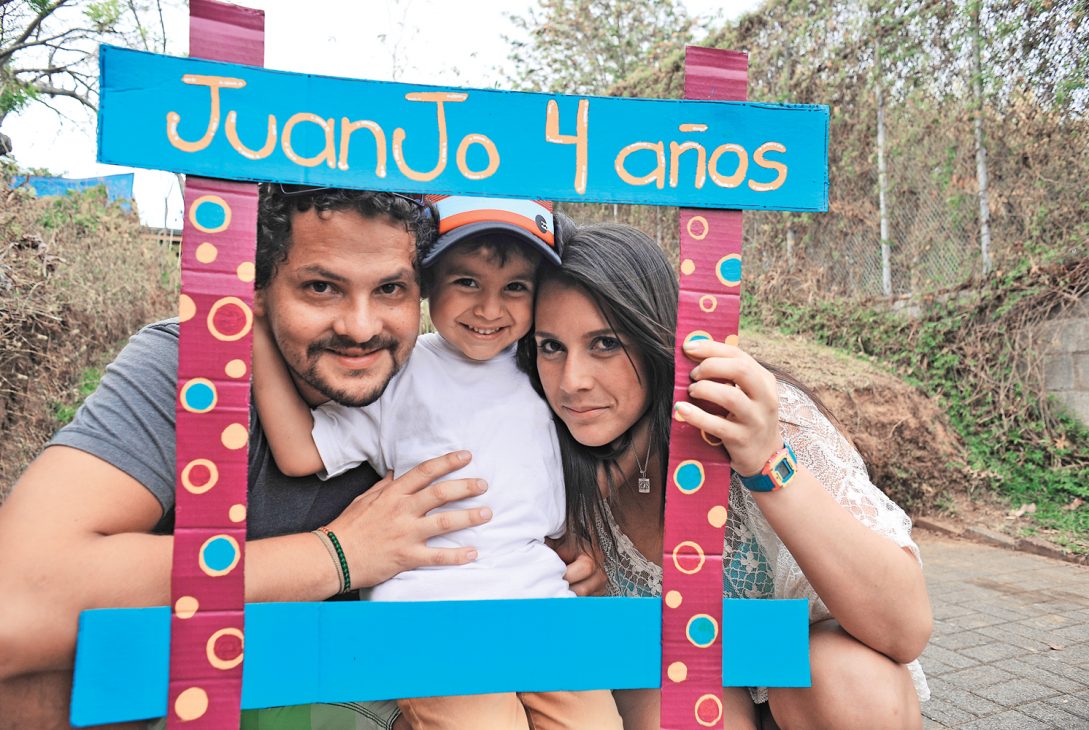 Costa Rica typically ranks high on indexes that measure happiness, and much of that is attributed to a high life expectancy and high levels of general well-being. In other words, they enjoy their lives overall. Research by the Greater Good Science Center in Berkeley, California, also found that Costa Ricans are less lonely and rank high in the area of social connection, which research shows is important for overall happiness.
Official language: Spanish
Life expectancy: 78.23 years
Happiness claim to fame: Ranked No. 1 by the Happy Planet Index

Carlos Arias admits that happiness is easy to find in his country. Living in Costa Rica’s capital city of San Jose, he and his wife, Carla Araya, and 5-year-old son, Juan Jose, enjoy all the elements that make the area a magnet for vacationers and retirees from around the world. Four months out of the year, their country is blessed with clear blue skies and a cool breeze. The rest of the time, rain falls every day after 1 p.m. Fresh fruit is abundant and available yearr-ound, and the tropical warm water beaches are a constant attraction. But what makes the country even more appealing, Carlos believes, is that Costa Rica does not have a military presence.

A land of peace 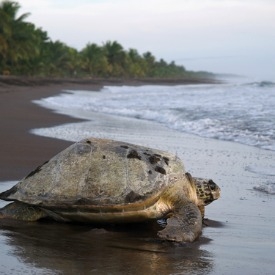 “We are a happy country because we don’t know what it is to lose millions of people in a war. We have no army,” Carlos says. “Our happiness is easier to achieve because we are easily amazed, and maybe that has to do with the fact that we haven’t suffered any big wars, like the rest of the countries in our continent.”
Carlos and Carla have known each other since they were teenagers, and married six years ago. They grew up in Desamparados, a low-income neighborhood in San José, but moved to Curridabat, a neighborhood considered by Costa Ricans to be much nicer and safer, a few years ago. The freedom to move from one social class to another and having friends with different social and economic backgrounds is part of what makes Costa Rica so special, Carlos says. “We live happily without those differences.”

Their longtime relationship is a big source of their happiness; together they have weathered storms common to any couple and have grown into adults together. They appreciate what they have learned through their struggles. “You need to go through tough times to realize that happiness is just around the corner,” Carlos says.
Today, Carla works as an elementary schoolteacher, and finds it fulfilling to see her former students get into college. In addition to working as a creative director in an agency, Carlos also owns Tuanix, an online extreme sports magazine. The freedom and flexibility he enjoys as an entrepreneur further adds to his overall life satisfaction.

Do what you love

The magazine covers something he loves—extreme sports—and he also finds it gratifying to help unknown athletes get exposure while following his passion. “Another key element to being happy is doing what you love; I don’t see myself working in an office eight hours a day and wearing a tie,” Carlos says. “I love what I do. I don’t do it because I have to, I do it because I like to.”
Click here to read more about following your passion.

Stay curious and surprised by life

Carlos and Carla emphasize that part of staying happy comes from never losing the ability to be surprised by the little things in life. They also perceive difficult times as a way to be reminded that happiness is about overcoming the challenges and working hard to get what you want. They have improved their own personal economy through hard work, and today their life is rich with family and friends. For them, that is plenty.
“What we have, we have achieved with a lot of effort,” Carla says. “Right now we have everything we need.”

Click here to read more about happiness around the world.