Paramore’s lead singer Hayley Williams reflects on fame, music and staying positive for her fans and herself. 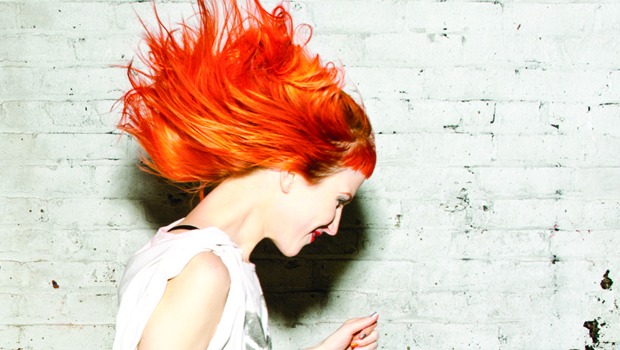 Williams was just 15 when she and three friends formed the band Paramore in Franklin, Tennessee. Although she had signed a production deal at 14 and was writing pop tunes with songwriters in Nashville, she still had no way of predicting the whirlwind ride that she was about to embark on.

The release of Paramore’s debut album in 2005 not only launched a music career but also turned a tremendous amount of attention on Hayley, the band’s vivacious lead singer and songwriter. Today, Paramore has released four studio and two live albums, as well as live EPs, and the three-time Grammy-nominated Hayley is living her dream—but also managing to keep her feet firmly planted on the ground.

“At the end of the day, no matter how hard it is to do, everyone wants to be able to hope,” she explains. “That truth is the heartbeat of who we are as a band. We inject that [hope] into every song, and if people sense it and connect to it, then it’s a bonus.”

Her songs are an anomaly in today’s musical environment. Absent of questionable language or references to sex and drugs, her songs dwell on more uplifting themes. Songs like “The Only Exception” and “Still Into You” show her optimism toward love without feeling gooey, and even when she’s writing about human hurts and shortcomings, she always seems to find a thread of hope. In “Now,” the first single from the band’s latest album, she admits that life isn’t always perfect, but it’s always worthwhile:

That kind of heartfelt honesty is a direct reflection of how Hayley lives her life. In an era where pop stars are more likely to get press for their misdeeds than their good deeds, Hayley goes against the grain. While many of her peers are recognized for being sarcastic or cool and unreachable, Hayley is often singled out for being what she refers to as “the dorky, happy girl at the party.”

“I think it’s kind of cool to be known for that,” she says. “But I’m not always happy. There’s no secret to living your life and never feeling sad or anxious or worrying.”

For Hayley, happiness is not about the absence of stress or pressure, but rather about focusing on the presence of life’s gifts.

“When I leave the house today and run my errands and eat lunch with my friends, I am going to be thankful that I was given another day to live,” she says. “Society tries telling us that the more we get or gain, the happier we will be. But what I’ve learned is that sometimes happiness comes from letting go of things, of some people, of some habits—and just being humble about it.”

While some may say it’s easier to be happy when you’ve found such widespread success and have become an adored pop star, Hayley says she believes success actually came as a result of her own personal happiness—not as a precursor to it.

“Success, to me, has nothing to do with my career anymore,” she says. “It has to do with balance….I think [happiness] is about the balance between trying to do things you can be proud of in your life and then knowing that you’re not always going to be perfect.”

Each day, she makes a conscious choice to make good decisions, which, she says, ultimately determines our happiness. “I’ve made a lot of bad decisions in my life, and I’ve learned my lessons well,” she says. “It’s more important to me as I get older that I try hard and do something daily that I can be proud of.”