Author and teacher Maya Angelou shared some of her wisdom with us in this revealing interview, originally published in April 2014. 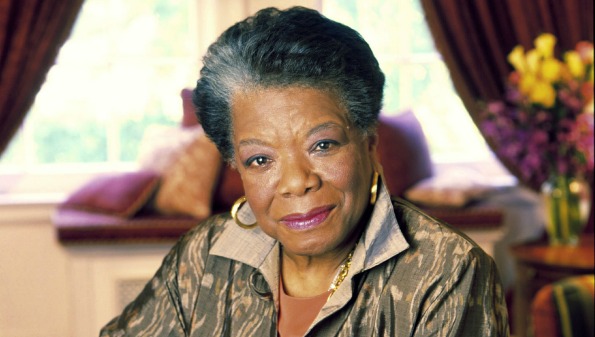 As Maya Angelou taught us, you must teach what you learn

She has been defined by many remarkable titles—best-selling author, poet, actress, playwright, historian, civil rights activist, film producer and director. But the role that Maya Angelou, who died on May 28, treasures most is that of teacher.

Back in April, she told us, “I used to think I was a writer who could teach, but I have come to realize that I am a teacher who is able to write,” she says. “The truth is, all of us are teachers, whether we realize it or not.” Today, she gains more satisfaction from teaching others face-to-face than from sharing herself through the written word.

“If you are a writer who chooses to teach, your first responsibility is to write." “But if you start with the premise that you are a teacher, you are going to think of the student first.” Learning, she says, should never end—and is the key to a better life for the teacher in all of us.

Maya, who was born in St. Louis in 1928, grew up primarily in Stamps, Ark., where she witnessed the lynching of a black man. Yet, in that same environment, she found unconditional love in her family and rooted herself in the faith and values of the African-American community.

“I learned that, as a race, we are at once brilliant, kind and cruel,” she says. “It is so important for us to remember that and to know that in the twinkling of an eye, we are able to sap the life from the living.” But the very same person who can cruelly or carelessly strike one person down can also easily turn around and offer help and hope to someone else. And that, she said, is something she finds amazing.

Chronicling the contrast between life’s beauty and its often-savage struggles has been an overriding theme throughout her work that has struck a universal chord with readers. The first of her autobiographical books, I Know Why the Caged Bird Sings, was published in 1969 and made her one of the first African-American women to openly discuss her private life. It included the revelation of being sexually abused and raped by her mother’s boyfriend at the age of 8. After she told her brother of the abuse, the boyfriend was jailed for just one day and then released. He was found murdered four days later—most likely by Maya’s uncles.

That event became a defining moment that ultimately led to the young girl becoming unable to speak for nearly five years. She has famously recounted that she felt her voice had killed the man because she had spoken his name. As she wrote in her first book, “I thought I would never speak again, because my voice would kill anyone.”

Today, she still believes in the power of both the written and spoken word, and says the entire world could benefit simply from every person learning to use words to educate, empower and encourage those around them.