Josh Radnor, best known for his role as Ted on How I Met Your Mother, on optimism and the other things that really matter in life. 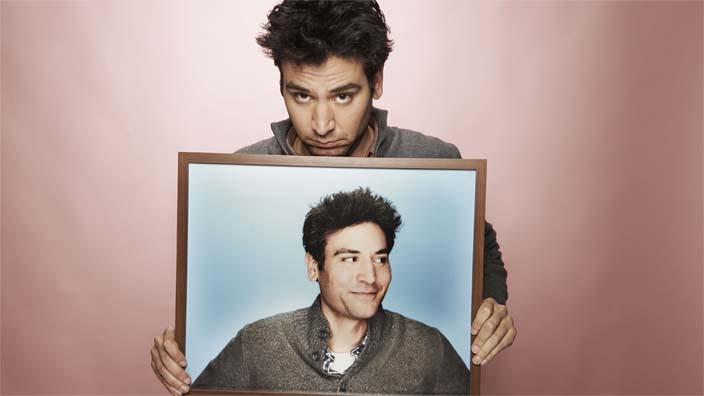 Give what you want to get

Josh Radnor is perhaps best-known for his role as Ted, the central character on CBS’s Emmy-nominated comedy How I Met Your Mother. He is the writer, director and star of the Sundance Audience Award winner Happythankyoumoreplease. Liberal Arts was his second film to write, direct and star in. His latest movie is Afternoon Delight with Kathryn Hahn, which opened in late August.

Josh, who has been pegged as a maker of “feel-good” movies, talked to writer Pat Lavin about optimism and the other things that really matter in life.

My television show, How I Met Your Mother, is very popular with the college set. They have a strong relationship with the show and with Ted, the main character I play, so Ted and I have often been invited to speak on campuses. I have great affection for Ted, but he’s not me. So I often seize the opportunity to engage our audiences in a deeper conversation about what I feel really matters. Here’s a taste of what they’re likely to hear:

I love a good quote, and I don’t know who said it or if I’m crediting them correctly, but here’s one of my favorites for you: “Kindness is not about payoffs and instant gratification. It’s a low risk investment that appreciates over time.” No act of kindness or compassion is inconsequential. Such acts are contagious and felt in the collective. Kindness is not a suggestion. It’s an imperative.

We just need to be kind, unconditionally and without ulterior motive, even—or rather, especially—when we prefer not to be. For me it’s simple and not entirely unselfish:  When I’m kind, I feel good; when I’m not, I feel horrible.

My mind and my intentions are very powerful. I can always tell the state of my mind by looking at the state of my life. So I could never claim to be a perpetually happy person. I much prefer the word “contentment.” It speaks to me of an inner calm that has no opposite. I’ll be all locked up in my head and somehow something will shift and I can move forward with clarity and a sense of purpose. When light and oxygen enter a previously dark and airless room, that’s called grace.

And I choose optimism, but optimism that requires a clear-eyed, unblinking assessment of the problem at hand. It’s not about denial or repression as the pessimists might maintain. What distinguishes optimism from pessimism is the focus. It’s about transforming the situation.

I wrote and directed a movie called Liberal Arts, and it contains a line I’m really proud of: “You think it’s cool to hate things, and it’s not. It’s boring.” Where we put our attention is deeply important. To focus on what we hate only seems to create more of that very thing. So give what you want to get. If you’re feeling unloved and unappreciated…love and appreciate. If you’re feeling overwhelmed and alone, help others!

One of the best definitions I’ve heard of suffering is, “wanting things to be different than they are.” Think about this…problems are actually habitual and endlessly rehearsed patterns of thought. I think if we could look behind that curtain even for a second—we’d want to hug and help each other all day long. Each of us—in every moment—is making a contribution to the world through our thoughts, our words and our actions. I think we underestimate just how much power we have.

Read more from this interview.

Pat Lavin is a Certified Hypnotherapist and Life Coach. Her inspirational and insightful articles, essays and interviews have appeared in publications throughout the country.