Legendary race car driver Mario Andretti approaches life with gusto—which just may be the secret to his success. 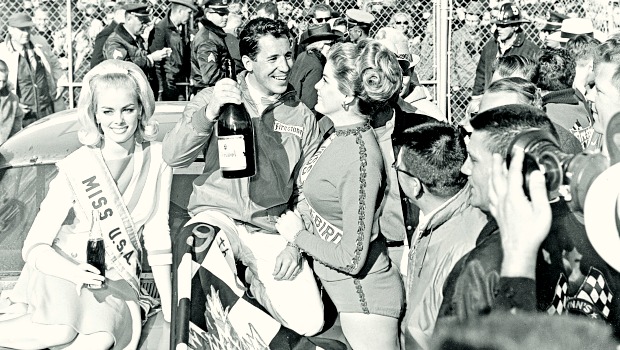 The legendary racer shares the secrets to his long and happy life.

Few men are so successful in a chosen field that their name becomes synonymous with their profession, but racing legend Mario Andretti has achieved that iconic status.

From humble beginnings in his native Italy through his glory days on racetracks all over the globe, Mario’s life has been an incredible journey. And even at 76, he refuses to shift gears and slow his pace as the Indianapolis 500 celebrates its 100th running on May 29.

“I’ve been totally blessed, and because I’ve had such a long career, I’ve been able to cover the entire globe,” Mario says. 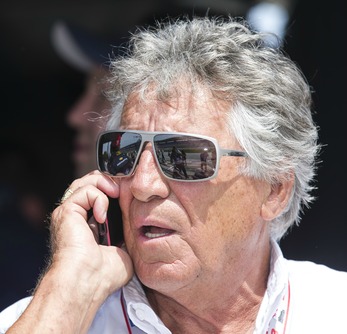 Today he owns a winery and a petroleum business and also works closely with several major corporations including Firestone, where he’s had a long relationship as a test driver and spokesperson. “I’ve raced in five continents, and I’ve won at least one race in all of them,” he says. “I’ve always set some very, very ambitious goals. I’m always looking for the stars. You have to have the mindset.”

That mindset has brought Mario decades of happiness, but his journey to becoming the world’s most famous race car driver didn’t start out an easy one. Mario was born in Montona, Italy, but after World War II, the town was ceded to Yugoslavia and fell under Communist rule. Three years later his family fled his hometown and eventually landed in a refugee camp in Lucca, Italy. The Andrettis lived there for seven years before obtaining visas and moving to the United States, settling in Pennsylvania when Mario was 15.

His love of racing began even before he came to America. “Something captured my imagination at a very young age,” Mario says. “Italy was very prominent in the ’50s in Formula One [racing] with Ferrari and Maserati. My idol was the world champion Alberto Ascari,” Mario says, recalling the one time he saw Alberto race before the Andretti family moved to America.

“As a kid you formulate your dreams and, quite honestly, the more I got into it, the more I had a goal. And I didn’t have a plan B. I had a one-track mind to pursue this and I had no idea how, when or where, but I did it—and we did it, my twin brother, Aldo, and I. “Together we had the same ambitions, and of course the sport was not so kind to him [Aldo was in a terrible crash that nearly killed him early in his career]. That’s when you come to realize that if you come through unscathed, as I have, how fortunate you’ve been.”

Life in the fast lane

Mario is often quoted as saying, “If everything seems under control, you’re just not going fast enough,” and that fearless spirit has served him well. He won his first significant victory in March 1962 and went on to take the checkered flag 111 times over the course of five decades in racing. Before he retired from the sport in 1994, Mario had won the Indianapolis 500, the Daytona 500 and the Formula One World Championship. He won the Indy Car National Championship four times and was a three-time winner at Sebring International Raceway.

He dominated in every type of car, from sports cars to stock cars, and every kind of track, from pavement to dirt, ovals and road courses to drag strips. His list of accomplishments would run for miles, but highlights include being named Driver of the Year in three different decades (the ’60s, ’70s and ’80s), Driver of the Quarter Century (in the ’90s), and Driver of the Century by The Associated Press in 2000.

When asked what he feels has made him so successful, Mario says, “It comes down to desire, just a burning desire to accomplish something and commit to it. I wanted to do this. I enjoy it so much, I didn’t want a day off. I raced 40 to 50 races a year. I had this burning passion to be a part of it, and I’m still living the dream with the family. There are three generations of drivers both on my brother’s side and my own. We know nothing else.”

Indeed the Andretti name will always be known for racing, and Mario is proud to see grandson Marco Andretti carrying on the family tradition. “The biggest satisfaction is seeing Marco do what I love and seeing him enjoy it,” Mario says. “He loves it as much as I did. It gives me so much pleasure to see that, and my son, Michael, is fielding a very powerful team. It’s all part of our DNA. Would I ever want to do anything else? Absolutely not.”

Being with the people he loves is clearly just as important to Mario as doing what he loves. Mario married his wife, Dee Ann, in 1961, and they have three children and seven grandchildren.

“Somehow we hit it off and that’s it, we never looked back,” he says of meeting Dee Ann in school shortly after his family moved to America. He credits her support with fueling his success over the decades. “I just married the right woman. She’s the one that understood and gave me the opportunity to satisfy a career to the fullest. She never nagged, and there was no ticker tape parade when I came home with a trophy. I got the same kiss or hug if I won or lost, so that kept everything stable, and that’s what I needed. She was the rock and still is.”

Mario is looking forward to this Memorial Day weekend and the 100th running of what has been called the “greatest spectacle in racing,” the Indy 500. He’ll be there participating in numerous activities throughout the weekend. “It’s been there longer than any other sporting event, and I think that pretty much says it all,” he says of the famed Indianapolis race. “It’s an incredible legacy, so that’s why it’s a very coveted celebration that we’re looking forward to.”

Mario is profoundly grateful for his long and distinguished career. At 76, he recently passed his physical and is still licensed to drive a race car. It remains a passion after all these years. “Even though my kids and grandkids are all involved, I cannot just be a spectator,” Mario says. “I’m not that kind. My passion is to continue doing all the things that I’ve been doing. Go to the limit and not give up.

“The definition of happiness is to really enjoy life to the fullest,” he says. “Try to do things that actually make you smile,” Mario advises. “I’ve been so lucky to look forward to going to work and then, when my work is done, to look forward to being with my family for the quality time that we have together. If you can formulate your life in those terms, you can’t do any better than that.”

Deborah Evans Price is a freelance writer based in Nashville, Tennessee.