Michael Strahan moved from NFL Hall of Famer to beloved TV host with the confident stride of a true optimist. 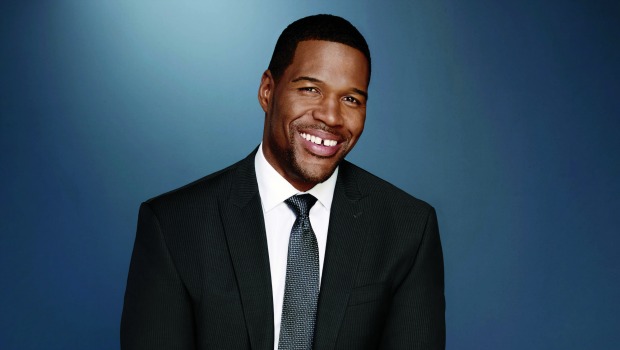 Optimism and determination have helped the former NFL Hall of Famer create a life full of possibility.

As a youngster who idolized his three older brothers, Michael Strahan was heartbroken when he learned why they called him “Bob.”

The future 6-foot-5 muscular, quarterback-crushing Hall of Fame defensive end was, at age 13, chubby. “Bob” stood for “booty on back,” one of his brother’s friends revealed as Michael huffed and puffed his way up a fence trying to keep up with the older kids.

Holding back tears, Michael asked his mom if it was true that he was fat. “Oh no, baby,” she said. “You are husky.” But when Michael pressed his dad, he conceded that the boy could lose some weight. 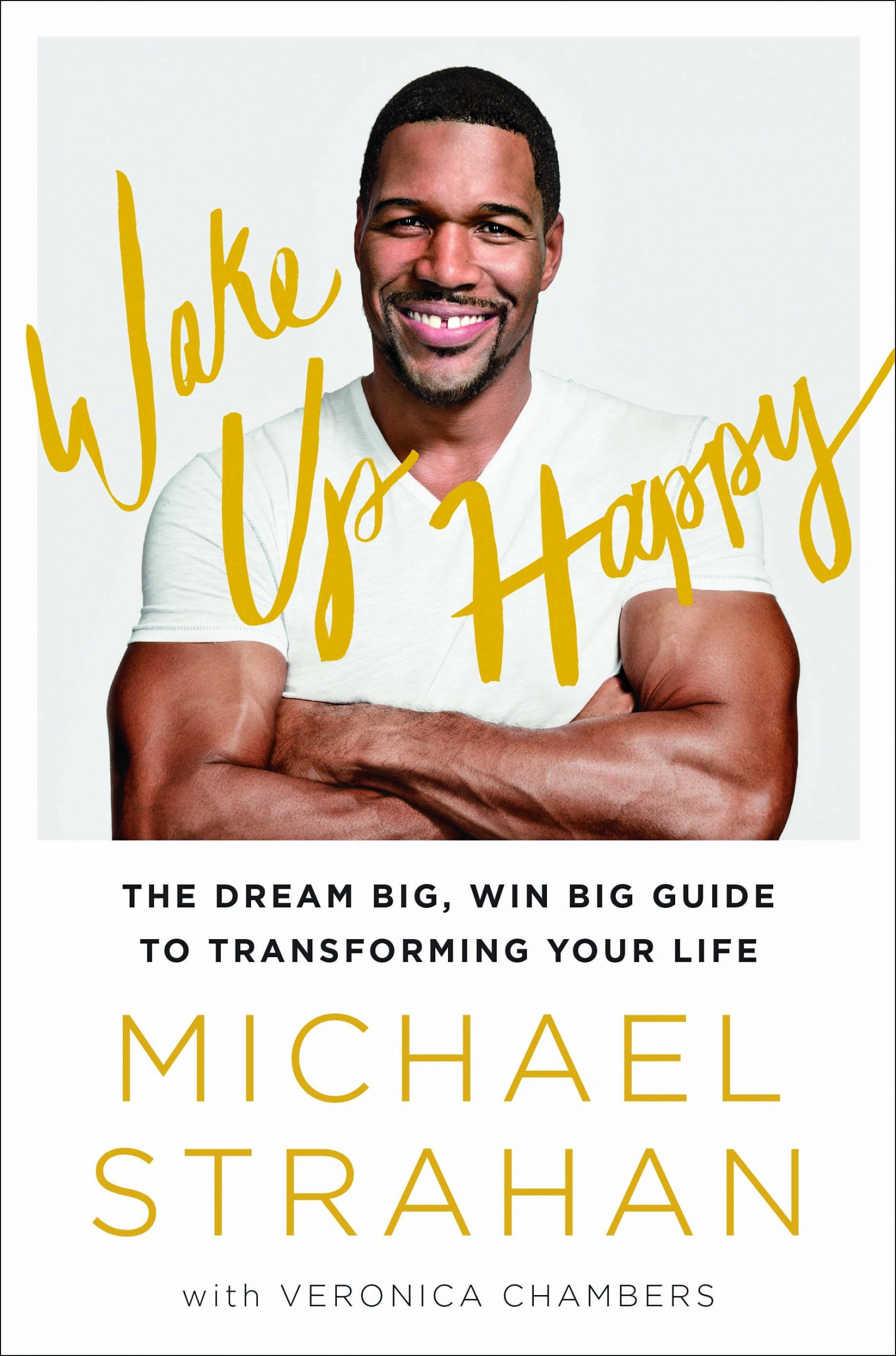 So Michael bought a Jane Fonda workout video (the year was 1985). He started saying “no” to second and third helpings of his mom’s cooking, saved up to buy football hero Herschel Walker’s workout book, and added situps and pushups to his regimen during TV commercials as Herschel advised. On weekends, Michael and his father jogged miles together around the U.S. Army base in Mannheim, Germany, where the elder Strahan held the rank of major.

Within a few months, Michael was trimmer and fitter than he’d ever been. His brothers stopped calling him “Bob,” and Michael gained something more important, proving to himself that he could accomplish what he set his mind to. His father reinforced the lesson.

“Growing up, my dad always used to say, ‘when’ not ‘if,’ ” Michael tells Live Happy. “‘When you get a scholarship to college…’, ‘When you make it into the NFL…’, ‘When you get into the Hall of Fame….’ He taught me to believe that my dreams were not only possible, but that they were inevitable with hard work and dedication. I’ve carried this positive perspective with me throughout all aspects of my life. When things seemed tough, I just reminded myself that it was all part of the process and that things would always work out the way that they were meant to.”

He understood the payoffs for hard work could be sweet. “The juice is worth the squeeze,” he writes in his new book, Wake Up Happy: The Dream Big, Win Big Guide to Transforming Your Life. And he learned “grit, desire and discipline” were important on and off the playing field, as well as in day-to-day choices— happiness included.

Choose to be happy

“I believe everyone can be happy. It’s about choosing to be happy,” he says. “Sometimes happiness and a positive attitude does take grit, desire and discipline. Sometimes it also takes patience and persistence. You have to trust yourself and always do what’s best for you.”

Now serving as co-host on LIVE! With Kelly & Michael, special guest host on Good Morning America and football analyst on FOX NFL Sunday, Michael made his transition from pro sports look simple. Figuring it out wasn’t easy, though, and neither was being comfortable on camera for the admitted introvert. But he paid attention, practiced and persevered. He made 20 guest-host appearances with LIVE! host Kelly Ripa in almost a year before he was chosen for the job full time.

Fear is good when it challenges you

“Most major decisions we make involve fear. Fear of failure, fear of rejection, fear of commitment, fear of missing out, etc. The best thing we can do is to never let fear consume us,” he says. “Don’t let fear stop us from trying something outside of our comfort zone. Fear is good when it challenges you and pushes you forward, but it’s important to trust your instincts and be confident in what you are doing. You have to be open to new opportunities and experiences for personal growth to happen.”

Even before he left the NFL, Michael was preparing for his second act. As he continued racking up accolades and trophies, including the coveted Super Bowl ring in his final year with the New York Giants, he was cultivating people from whom he could learn, absorbing everything he could, staying open to new ideas.

A man of many talents 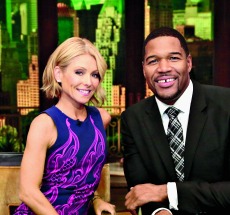 “Sometimes you’ll catch the big fish and sometimes you won’t, but without a line in the water you don’t stand a chance,” he writes. Today, Michael has a wealth of opportunities. In addition to appearing on live TV six days a week, he also has a line of men’s suits, the Collection by Michael Strahan, sold by J.C. Penney. With Wake Up Happy, he’s recently added best-selling author to his credits.

In the book, Michael admits he doesn’t have everything figured out. Twice divorced, he says his love life is a work in progress. After his first marriage ended, his ex-wife took the two oldest children back to Germany where she and Michael first became teenage sweethearts. Michael regrets the time he missed with the kids and has worked to make it up. He also played Mr. Mom to his twin daughters who were just babies when he and their mother divorced.

Still a work in progress

To gain joint custody, a judge ordered Michael to care for the girls without outside help, and Michael did it. He continues to work on himself, too. But he may have eased up a bit. His best advice to live happy, he says, is to “be as nice, encouraging and kind to yourself as you are to everyone else. Don’t be so hard on yourself and live life to its fullest! Life has its ups and downs, but focus your energy on enjoying the ride.”

As someone who grew up abroad and has traveled extensively since then, the International Day of Happiness has special meaning for Michael. “No matter where you are from, everyone has struggles and disappointments,” he says. “Happiness may come easier to some than others, but we all have conflicts. We are universally connected in that we all deal with these things on a daily basis. How we deal with them is what sets apart the truly happy people. It’s about gratitude and appreciation and being thankful for all that we do have instead of focusing on what we don’t have.”

Lisa Ocker is a longtime journalist who formerly served as editor of SUCCESS magazine.