Actress Ming-Na Wen’s groundbreaking roles in film and television have shattered stereotypes–from The Joy Luck Club and Mulan to Marvel’s Agents of S.H.I.E.L.D. 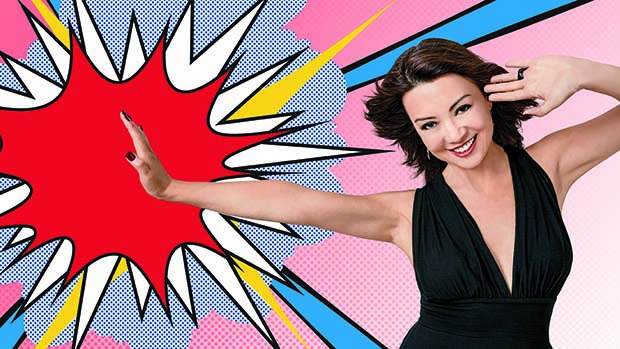 This multitalented actress is breaking barriers in leaps and bounds.

Juggling the demands of life can be an uphill battle. Enter Ming-Na Wen: mother of two to daughter Michaela, 16, and son Cooper, 11, wife to husband and fellow actor Eric Michael Zee, actress, action hero and the voice of Mulan, one of the most beloved animated Disney characters. At 53 years old, she may be among the busiest women out there, and she just might also be among the happiest. Her secret? Don’t fear life’s challenges…appreciate them.

“No matter how stressful a situation can be, look at it as a privilege that you can do all of these things,” Ming-Na explains. “That’s one of the greatest gifts that you can give yourself. I know a lot of people look at life like, ‘Oh my goodness, I have to drop the kids off. I have to clean the house’…just be happy that you have a house to clean.

“If there are certain aspects of your life that you’re not happy with, find ways to change it so you can get to that happy place,” she says. “At the same time, remind yourself that you’re not that person in Bangladesh sitting in a hot factory making garments for three dollars a day.”

Ming-Na’s positive outlook has paved the way for an amazing career. From her breakout turn in The Joy Luck Club to her landmark role as the voice of Mulan, she’s been a constant on our screens, both big and small, for more than two decades. However, that success pales in comparison to the achievements of her own personal hero: her mom.“Here’s a woman who survived communism,” Ming-Na says. “Her mom passed away when she was young and her family lost everything early on. She had a tough life, holding down three or four jobs in Hong Kong while raising us, and then she single-handedly brought us to America as a single mom…but she never complained. Even though she had a lot of dreams that she never fulfilled for herself, she doesn’t focus on any of the regrets or negative things in her life. She’s pretty amazing.”

The unrelenting optimism Ming-Na learned from her mother would prove crucial in her life and career. By focusing on her own abilities, opportunities and God-given gifts instead of her perceived shortcomings, she paved the way for her own amazing success story.

“When I was attending Carnegie Mellon and pursuing drama as my major, if I had said to myself ‘I’m Chinese, so there’s no way I’m going to make it in this business,’ I don’t think I’d have succeeded,” she says. “I think a lot of people fall into that trap, whether they are trying to become a doctor, an artist or even trying to start a family. Success or failure always starts in your own brain.

“If you tell yourself enough times that you can achieve something, you can. If you get knocked down, that’s OK. It’s a new step in life, and you’re going to have doors shut in your face. If you allow those rejections to make you believe that you can’t do it anymore, then you’ve allowed yourself to fail for real.”

Age is just a number

Defying society’s limitations isn’t just Ming-Na’s M.O. these days…it’s her weekly gig. As the one-woman “cavalry” on Marvel’s Agents of S.H.I.E.L.D., now in its fourth season on ABC, Ming-Na’s role of Agent Melinda May is a lifelong dream come true. 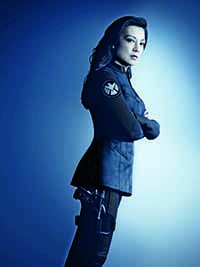 “I started off in life as this geek who grew up in my family’s restaurant,” she says, laughing. “Science fiction, comic books…all of this stuff was my escape, my enjoyment in life. To have S.H.I.E.L.D. in my life at this age when I’m required to be so physical and stay very, very healthy is an impetus. I feel like a kid again because I’m living out my childhood fantasy!”

From the very first episode of S.H.I.E.L.D., Ming-Na realized that there would be no kid gloves associated with her new role. An action-adventure show at heart, most episodes include fight scenes that would intimidate most.

“I think a lot of people put up their own blockades of inaction, like ‘I’m this age now, I shouldn’t be doing that.’ Who makes up these rules? Instead, I’m thinking, ‘What vitamins do I need to take? What exercise program do I need to get on?’ At my age, most people are thinking about retirement…but what are you retiring from? You’re still alive!”

Instead of easing up with age, Ming- Na’s physical role on the show has actually increased over the last few seasons…a challenge that she welcomes. “Just last week, I filmed this incredibly long fight scene with 30 or 40 moves in it,” she boasts. “When the choreographer showed me the breakdown, I was like, ‘You’re kidding, right?’ He said, ‘No, this is stuff that I choreographed for you because I know that you can do it.’

When you are surrounded by people who have such faith in you, it makes it much more possible to  gure out how to raise the bar and get it done.” Many of Ming-Na’s “friends” (she affectionately refers to them as her “Minga-lings”) all over the world are anxious to learn more about the “Marvel”-ous star’s real-life superpower: her ever-youthful appearance. According to Ming-Na, the answer lies in her mindset.

“When you’re positive and have a healthy outlook on life, your brain releases hormones like dopamine,” she says. “That’s been the fountain of youth for me. Not allowing stress to cause a lot of hormone imbalances that lead to overeating, depression and other harmful behaviors is the first step to healthy living and staying young.”

No better time than now

Both a student and fan of great thinkers and artists from all walks of life, Ming-Na continues to find motivation in everything (and everyone) that she enjoys. “I went to Adele’s show the other night, and she was talking onstage about how she came to America three or four times before anyone cared…she’d find herself singing to a room of 50 people,” she says. “She never stopped because she loved to sing, and it’s all she wanted to do. I love to act and I think it’s very important to find the passion in your life that you want to pursue again and again.” 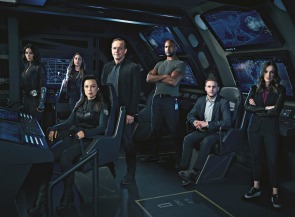 “I’m already thinking about taking voice lessons again,” she adds, only half-jokingly. “I want to be on a stage and sing like that someday. Why can’t I? The only reason would be if I don’t even give it a try.” Ming-Na’s enthusiastic positivity has trickled more into her interviews and social media posts, finally snowballing into her own brand: #Wenever. According to her, it was only within the last few years that she realized the true power of her public voice.

“I was constantly getting bombarded by fans asking me what my secrets were for staying young and maintaining my positivity,” she recalls. “When I turned the big 5-0, that became an even bigger issue. I realized that I’ve lived enough years on this earth to offer something, and I really wanted to help people  find better answers to their very busy lives.

“I was really only planning to offer some beauty and fitness tips,” she says, chuckling. “Then I talked to my manager about it and he said ‘Well, why don’t you write a book?’ So now I’m writing a book, and I’m really excited about this new journey of mine.”

Despite the attention given to anti-aging, Ming-Na is hopeful that #Wenever will reach both men and women of all age groups and life situations. “Take young women who don’t have children and are focused on starting their careers,” she says. “A lot of them are struggling with the same issues: trying to make ends meet, trying to figure out what they want in life. No matter who you are, we all have challenges, but they don’t have to be stressful. Embrace them…you’re living your life!”

While launching a new career as an author usually goes hand-in-hand with dreams of huge sales and lucrative profits, Ming-Na’s motives are more humble: she simply wants to help people.

“I’ve been inspired by so many people, and I want to offer the same for my fans,” she says. “I feel like I could be a mom to a lot of people out there. I don’t want to say that I’m a guru since I’m not at that level, but really just someone who could be their friend.”

With a heart as illuminating as her amazing career, Ming-Na’s passion continues to be her work, her fans and—most of all—her loved ones. “I’ve always told my husband that if we lose everything but still have our health and each other, everything’s going to be OK,” she says, beaming. “My mom and her family lost everything, but all that mattered to her was moving forward and loving her family. No matter what happens, if you create that positive energy and feed off of it, you’ll feel young and, even more importantly, happy.”

Gerry Strauss is a journalist specializing in pop culture and entertainment.