After a series of high-intensity TV shows and a short-lived marriage, Bethenny Frankel is ready to settle down with her daughter. 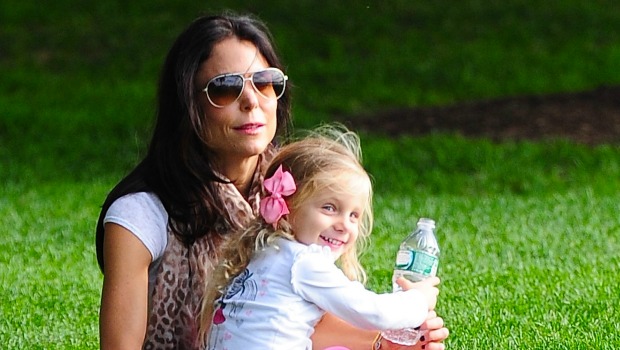 Bethenny Frankel finds happiness and peace as a parent.

Hand Bethenny Frankel a lime, and she’ll make a margarita that morphs into a multimillion-dollar business in the form of her Skinnygirl line of low-calorie drinks. Hand the former Real Housewives of New York star a lemon, and she’ll make lemonade, which is exactly what she’s done since learning earlier this year that her talk show, bethenny, isn’t being renewed after just one season. Rather than despair, she wrote in a loving open letter to her fans: “What I really want now is to be with my daughter, to do yoga, to focus on Skinnygirl and my writing, and to give myself a break.”

Taking time for her daughter

Today, you can find Bethenny doting on four-year-old daughter Bryn in the streets of New York, time she views as invaluable for keeping her spirits up. “Parenthood gives you direction and defines you; it makes you a part of a community that’s going through the same rundown of emotions—guilt, exhaustion,” she says. “I want to be the kind of parent who looks about for the things my child does naturally in life, to embrace who she is and nurture that, whether it’s sports or music or dress-up, because if you do what you love, you’ll be happy.”

From cookbooks to children's books

For Bethenny, what she loves to do is write books. And for her latest story, Cookie Meets Peanut, she was inspired by Bryn, who she’s described as the love of her life. The children’s book is loosely based on her own experience bringing Bryn home to meet Cookie, her beloved, albeit “very particular and sassy,” Lhasa Apso.

Told with equal parts wit and wisdom, the story chronicles the evolving love between a child and a dog, and how “when you bring home a new baby, your dog becomes…a dog,” she says. And, sprinkled in with the illustrations and antics to entertain tykes—think cooking with glitter—moms and dads will find words offering reassurance and advice, a task Bethenny says she’s always up for.

“I’ve been through many difficult things,” she says, “but the difficult times are not for naught, because I can help other people.”