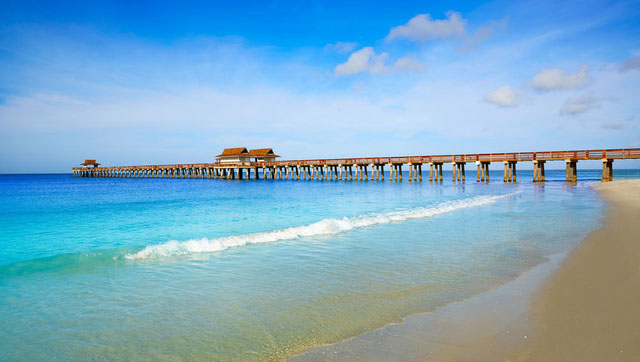 The Naples, Florida, metropolitan area has led the nation in well-being for the past three years, despite declining satisfaction numbers across the U.S., according to the most recent data from the Gallup-Sharecare Well-Being Index. Other top communities on the list include Barnstable Town, Massachusetts; Boulder, Colorado; and Santa Cruz-Watsonville, California.

The data, included in the State of American Well-Being: 2017 Community Well-Being Rankings, also shows that the Naples metro area’s three-peat is no fluke, boasting low rates of stress and anxiety with little to worry about. Mayor Bill Barnett, who has been involved in local government since 1984, says their secret is their way of life.

“I think it is the overall lifestyle, and it’s not a contest for us,” he says of his city’s recent honor. “I was thrilled and surprised. It isn’t something that you think about, or I at least as mayor think about on a daily basis, ‘How are we going to come out in the Gallup poll?’ When you look at everything, it is the overall lifestyle and the mix of people we get in the city of Naples.”

According to Gallup-Sharecare’s categorized criteria, the Naples-Immokalee-Marco Island area ranks No. 1 in purpose, social and financial well-being, and No. 2 in community and physical well-being. All of this means people really like living there.

“The majority of our residents wake up in the morning and they want to make sure their newspaper is out front, the electricity is on and whatever their plans are for the day, the weather cooperates,” Bill says.

With the exception of hurricane season, residents enjoy reasonably good weather throughout the year as well as convenient access to the city’s many parks and beaches. Every year the community hosts a fundraising wine festival with the proceeds benefiting local children.

Naples, among other communities in Southwest Florida, is part of a well-being improvement initiative called the Blue Zones Project. Since joining Blue Zones, Bill says, the residents and 400-plus city employees have embraced the healthier way of life.

“Our goal is to make it as bike- and pedestrian-friendly as we possibly can,” the mayor says of their commitment to active lifestyles. “Everything is about connectivity. We had sidewalks that went to nowhere from the early days and now we are filling in those sidewalks. We are doing everything we possibly can to make [Naples] a healthy city.”