Reba McEntire Has a New Song in Her Heart

“People who I wouldn’t expect to listen to my music stop me, grab me by the arm and say, ‘This is the best album you’ve ever released!’” 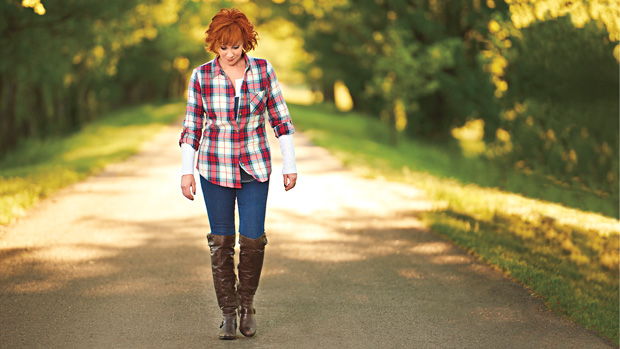 The singer puts her faith forward with gospel and Christmas albums.

Four decades after Reba McEntire’s self-titled debut album introduced the talented redhead’s feisty spirit and impressive voice, the music icon’s first gospel album, Sing It Now: Songs of Faith & Hope, tackles new creative ground this year at a tumultuous time. “People who I wouldn’t expect to listen to my music stop me, grab me by the arm and say, ‘This is the best album you’ve ever released!’ It really touches my heart,” Reba says. “And the number one thing that they all say is we needed it so badly right now.”

For the album released earlier this year, Reba recruited family and friends to join her on some of gospel music’s most beloved classics such as “Amazing Grace,” “How Great Thou Art” and “Softly and Tenderly,” which features guest vocals by Trisha Yearwood and Kelly Clarkson. Reba’s mother, Jackie, and her sisters, Susie and Alice, also sing on the record, serving up the family harmonies that Reba’s mom taught them as children. Reba includes “Jesus Loves Me,” the first song she sang in public, in Cheyenne, Wyoming, when she was only 4 years old. 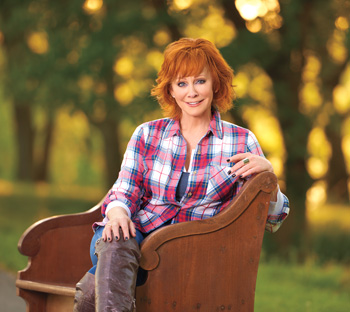 New gems include the anthemic title track, the acclaimed single “Back to God” and the upbeat “I Got the Lord on My Side,” which provided Reba’s mom her first credit as a songwriter. Reba wrote the song and was thrilled when her mom made suggestions.

“She said, ‘Instead of I’m so happy, why don’t you say, if you’re happy, if you’re smiling. That includes the listener in on the song.

“I thought it was a great idea, so I put Mama in on the credits as a writer. This has been a big year for her. She got her honorary degree at Southeastern Oklahoma State University. She turned 90 years old and now she’s got her first cut on a record.”

Ask Reba what makes her happy and she immediately responds, “Faith, family and friends.” She grew up with brother Pake and sisters Susie and Alice on her family’s ranch in Oklahoma. Her father was a three-time world champion steer roper and her mother would teach the kids to sing as the family traveled to rodeos all over the country where Reba also competed as a barrel racer.

“My growing up was positive,” Reba says. “Mama was always saying, ‘You kids get out there. You all can do it. Get up there and sing!’ That confidence instilled in me at a very early age is what made me who I am today along with my faith and encouragement, strong love and support. Daddy provided for us and he supported us. He was not the encourager that Mama was but he gave us the grit and determination.”

That combination of faith and grit helped Reba get through some difficult times. In 1991, eight members of her band and crew died in a plane crash that left the singer devastated. In recent years, she again suffered pain and loss when her father passed away in 2014. Her sister Alice battled breast cancer and is now in remission, her brother, Pake, suffered strokes, and Reba’s 26-year marriage to her manager, Narvel Blackstock, ended in divorce in 2015. 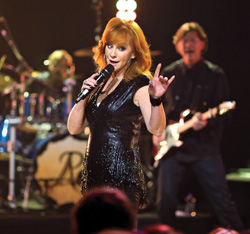 When asked what’s the most difficult thing she’s survived, Reba responds, “Desertion. A lot of people have that in their lives, all their lives, I didn’t. And then to have that hit at this time in my life, it was personal. It was something that I couldn’t really share with the world, but [I leaned on] my faith, talking to God every minute about it. It was hard, I didn’t know how to deal with it….Reasoning doesn’t come into play. You just have to forgive and move on with your life and pray for them and that was one of the hardest things for me to deal with.”

Reba appreciates every blessing and every opportunity. Her mother was baptized last year, and Reba says it’s never too late to embrace spirituality. “I’m stronger in my faith now,” she shares. “I’m happy. I’ve got great things the Lord is letting me do like doing this gospel album, which I might not have done before. What you’ve got to do is have faith that if you believe in the Lord, he’ll help you and every day make things better in your life.”

Throughout her career, Reba has populated the charts with such hits as “Fancy,” “Whoever’s in New England,” “For My Broken Heart” and “I’m a Survivor.” She’s scored 35 No. 1 singles and sold more than 56 million albums. Reba has also conquered Broadway, starred in films, enjoyed her own hit TV series, headlined on the world’s most prestigious stages and become a successful businesswoman with her own brand of clothing and home goods.

These days her life is busier than ever. She’s working on a deluxe version of the Christmas album she first released last year and continues to headline shows at The Colosseum at Caesars Palace in Las Vegas with her good friends Brooks & Dunn. She has won numerous awards, holds the distinction of making more No. 1 albums than any other female artist in country music, and has a No. 1 album in each of the last four decades.

She credits her faith for her energy and positive outlook. “Sometimes I get a little blue, a little down and I might be a whole day where I’m a little off,” she confesses. “Then I’ll get into a quiet spot and I’ll say, ‘Lord what’s wrong? What’s going on that’s making me off-kilter today?’ And I replace all of that negativity with positivity, joy, compassion, happiness, love and get rid of all the yuck. It’s just like the window opens up and it’s just relief, total relief. My number one happy place is when I am by myself talking to the Lord.

“My second happy place is when I’m with my friends, my family, people that I love who are positive and who have positive energy,” she continues, noting that Kix Brooks, of the award-winning country duo Brooks & Dunn, is the perfect example. “You can say something bad about somebody and Kix will look at you and smile that little cute smile of his and he’ll go, ‘But you know they’ve got a good heart’ or he’ll find something good about that person or situation,” she says. “He reminds me to keep a positive attitude because you are what you think.

Happy Days and Christmas Past

These days, family time includes hanging out with her 27-year-old son Shelby, an up-and-coming race car driver. “Shelby and I own some property in Tennessee that we love to go to. It’s got a lake on it and some shooting houses, so we go out there and we shoot trap and skeet,” says Reba, who made her Broadway debut playing frontier woman Annie Oakley in Annie Get Your Gun. “It’s a competition because he and I are both very competitive and to get out in the woods and shoot guns, we love it. We do our targets and we get to visit. It’s camaraderie and a closeness that he and I really do love to share.” 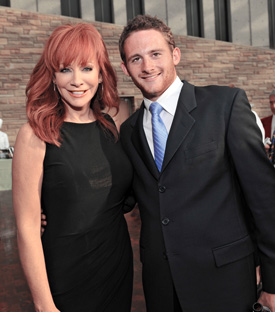 Reba also enjoys spending time with her girlfriends. She recorded a song on Sing It Now as a salute to them titled “God and My Girlfriends.” It includes the lines: “There is no doubt I’d be nothing without God and my girlfriends. They’re always there when I’m feeling down, always around, lifting me up.”

Reba has come a long, long way since country star Red Steagall saw her perform the national anthem at the National Finals Rodeo in Oklahoma City and took her to Nashville. In the early days, she recalls her sister Alice getting her a toilet seat for Christmas that jokingly had the name “Twinkle” embroidered on it because she said Reba wasn’t yet a star. “I’d already won  Female Vocalist of the Year, but Alice kept me grounded by putting Twinkle on it,” Reba says, laughing. “I didn’t have the imagination to even think all this up,” she says of her tremendous success, “but I knew I was going to be doing something like this. I knew I was going to be entertaining. I knew I was going to be winning awards. I knew because I wanted it so bad.”

She wants nothing more than for her songs to bring peace and joy to others, especially the songs of faith on Sing It Now. “My relationship with God is very personal, but I love to share it. I’m here to show love and affection and kindness. “I know some people might say, ‘But you sing so many sad songs.’ Music heals and if people who are hurting hear a song that is about hurting and go, ‘Oh my gosh! They understand. They know how I feel,’ that’s already giving them some relief. They are already being healed and being helped. One of the reasons I’m on earth is to help people through my music.”

Reba Celebrates the Holidays With My Kind of Christmas

Christmas is one of Reba’s favorite times of the year, and this season she’s helping others get into a festive mood with My Kind of Christmas. Being released via Nash Icon Records, the project will feature special guests Lauren Daigle, Darius Rucker, Vince Gill and Amy Grant. 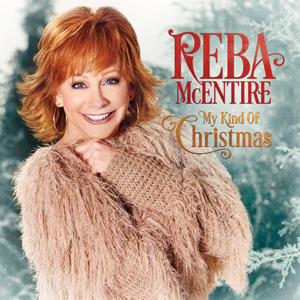 “I want to release it to the world because it was just in Cracker Barrel stores last year,” Reba says of the Christmas collection. “What we’ve gone back and done is I’ve taken ‘Back to God’ and Lauren Daigle and I went in and recorded it with Catherine Marx, my piano player.” The new version of the album also features Reba singing a duet with Darius Rucker on “O Little Town of Bethlehem” and delivering a new rendition of “Mary, Did You Know?” with Vince Gill and his wife, Amy Grant.

Deborah Evans Price is an award-winning music writer based in Nashville, Tennessee.