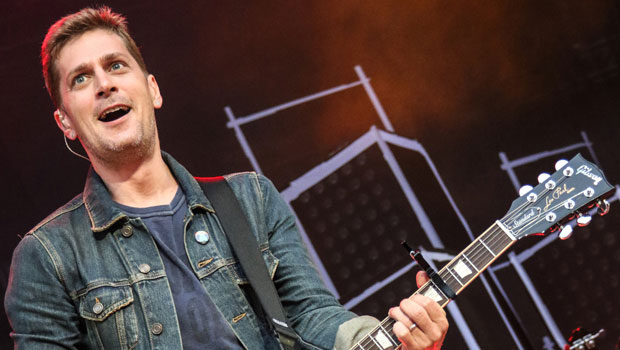 The Matchbox Twenty frontman is happy making his fans happy night after night.

After more than 20 years of solo success and playing in one of the most popular bands in the post-grunge era, Rob Thomas knows how fortunate he is to be doing something he loves. Currently on Matchbook Twenty’s “A Brief History of Everything” tour with co-headliners Counting Crows, Rob says when he plays a show, he reminds himself that it is a privilege to live out his dreams in front of adoring fans night in and night out.

“We’re there because we are lucky enough that these people decided to spend their night with us. We try and make every night about giving them an experience that we’re all sharing together,” he says. “You try and look at it that way, and I think always being aware of how badly things could have turned out makes me thankful for it every night, realizing that this is probably one of the best jobs in theworld.”

From the tumultuous ups and downs he experienced throughout his life, the happily married Grammy Award winner reflects on where he’s been, where he’s going and where he wants to be, expressing his gratitude along the way.

Live Happy: Who taught you the most about happiness?

I read The Art of Happiness by the Dalai Lama years ago, and it said that pleasure is not happiness. I think the idea of just realizing the difference between those two things will make you a happier person. So, this very nice, famous man whom I’ve never met had a lot to do with helping me.

What is the kindest act that someone has done for you? 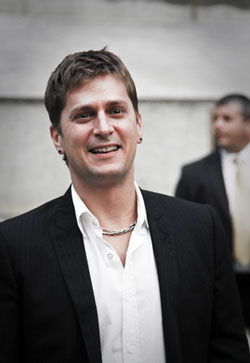 For a while when I was in high school, I used to live on park benches and hitchhike around the Southeast. One time when I was leaving to hitchhike up to South Carolina from Florida, my guidance counselor didn’t like the idea and he gave me a bus ticket instead. Years later after we finally signed a record deal, I went back to my high school and I paid him back the money he had loaned me to get the ticket.
With all the positive things that you’ve experienced in life so far, how do you pay it forward?
I’ve always tried to do charitable things that people don’t know about and try to help people in any way I can in these little quiet moments, like seeing someone having a hard day at a restaurant and buying them dinner without them knowing it or watching someone struggling on the street and just giving them something to eat.
It’s a thin line between being a tenacious, successful musician and being in your 40s, sitting in your parents’ basement waiting for your band to take off. It’s never lost on me how fate just played its hand and really helped me out to be the former, so I try to never forget that.
Besides music, what is something that you are extremely passionate about in life?
Animals are big in our lives. About 14 years ago , my wife, Marisol, and I started the Sidewalk Angels Foundation, a nonprofit in support of no-kill shelters, and we’ve been working on it ever since. She’s raised well over $1 million by pulling together money and getting critically needed funds for these grassroots organizations that are all over the country. We’ve been able to help fund more than 30 no-kill shelters and build physical shelters where they didn’t have them. We help them so that they can help their communities.
Where is your ultimate happy place?

Here in my home. We live 45 minutes outside New York City up in the suburbs. It’s horse country up here, so in the summer we love grabbing a glass of wine and sitting outside on the porch as the sun’s setting. We’ll play some music and just kind of go over our day, my wife and I. That’s the safest place in the world.

Gerry Strauss is a journalist who specializes in entertainment and pop culture. He wrote the Live Happy cover story on Ming-Na Wen.