Instead of battling aliens, actor Sam Worthington explores inner conflicts in the new film, The Shack. 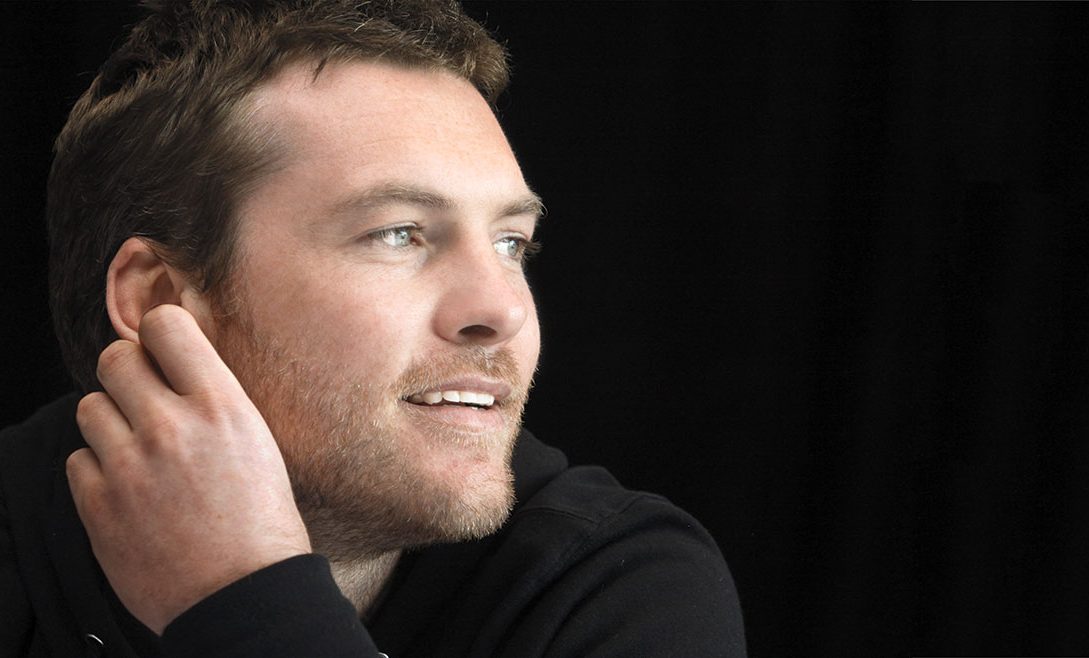 The actor explores inner conflicts in new film, The Shack.

The opportunity to truly change the trajectory of your life, explore new worlds real or imagined, savor great experiences and live creatively may all come down to seizing a single moment and knowing when to say yes.

Actor Sam Worthington knows he’s one of the lucky ones. From Avatar to Clash of the Titans, the 40-year-old family man from Australia has struck gold on the big screen time and time again…not bad for a young kid who never intended to act in the first place. 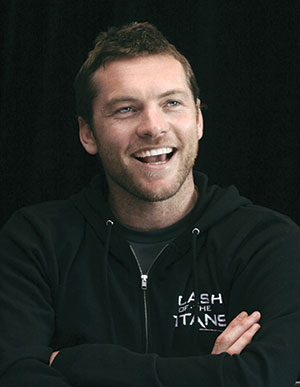 “I kind of stumbled into it,” Sam says. “I was 19 and went to an audition for the premier drama school in Australia (the National Institute of Dramatic Art) with a girl I was dating at the time. That was what she wanted to do.…I went along for moral support. But as the process continued, I got in and she didn’t. So, I kind of went, ‘Well, I’ll see where this path takes me.’ I went there for three years and have been working ever since.”

“Working” may be an understatement, as Sam’s workhorse attitude led him to famed director James Cameron’s epic Avatar. After the movie shattered records to become the highest-grossing movie of all time, Sam found himself securely involved in an uber-successful franchise (several sequels are planned for the next few years, and Pandora—The World of Avatar is set to open at Disney’s Animal Kingdom in Florida this summer).

Equally comfortable in big-budget films full of special effects or smaller, more intimate pieces, the commitment to the creative integrity of a project is always Sam’s priority.

“I don’t really choose my projects depending on budgets or the time it takes to film. It’s never been something that I look at. I look at it and ask, ‘Is this something that interests me? Is the journey of the character exciting? Is the world exciting to inhabit for several months?’ So the scope and the size of the budget never really comes into play.”

In his latest film, the big-screen adaption of the best-selling book The Shack, Sam departs from his swashbuckling roles to tackle the inner conflicts that many struggle with when faced with great adversity and the subsequent feelings of being lost. He portrays the lead character, Mackenzie “Mack” Phillips, who questions his own belief system and is forced to embark on a spiritual journey through tragedy and forgiveness.

The heavy subject matter in The Shack is enough to make any actor or film company hesitate before agreeing to leap into such a project. After reading the book and speaking with the producers to learn the vision of the film, Sam says he had no qualms about moving forward. 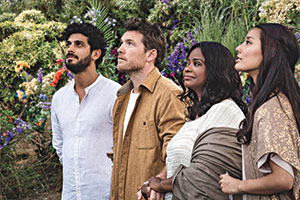 “I think I was going through a time in my life much like what Mack was going through, his search with God and his understanding of what faith can do to other people in the world and these heavy things,” he says. “They really kind of resonated with me in such a strong way that my only reservation was, ‘Can I pull this off and do this as truthfully as I can?’ You go on the journey and you see where it takes you.”

Although Sam clearly related to Mack, his relationship with the themes and lessons provided by the story continued to evolve throughout the process. “When I had my first child, about a month or two before we started shooting, that changed my life,” he says. “That probably helped with the journey of Mack. I think it strengthened a lot of my beliefs. I think it strengthened a lot of things in me of what I want to achieve and what I want to pass on to my son…how to live on this earth.”

While finding and restoring hope and faith are key messages throughout the story, equally important is the power of forgiveness, a quality that Mack must learn to embrace. Through inhabiting this character, Sam also found a great deal of value in these lessons.

“That was something that I definitely enjoyed taking on and learned a lot from…how to forgive, how to move forward, be it from small things or major kinds of burdens that you carry with you as you go through life,” he recounts. “People who have done you wrong and you still carry that guilt and anger many, many years later. It definitely did help give me a set of tools to move forward and become wiser, have a bit more ease with my life and myself, you know?”

During his younger days, Sam allowed himself to become too emotionally invested in his work, often to the point where it would affect his life after the cameras stopped rolling each day. Stepping back from those extreme measures signified a true evolution in his priority system, and he resists the instinct to let that inherent anger, sadness or other negative feelings creep in.

“I try to realize that the most important thing in my life is my wife and my sons, and any kind of baggage that I’m holding on to from the day shouldn’t be able to come home with me,” he said. “When I was single and alone, yeah, I would beat myself up in hotel rooms and be completely self-indulgent, but I think having kids is the most self-less thing you can do.

It teaches you to rise above that selfishness so you have to learn how to let go. Since being a dad, I’ve done, say, four or five jobs and each time has been different in how I let the day go or how I let the frustrations at work go before I get home.”

Evolution of a man

Now, as a husband and father, Sam says his commitment is to give back to those who matter most to him. “When you’re in your 20s, you think you’re the center of your universe,” he stated. “I’m now 40. The way I look at the world has changed. 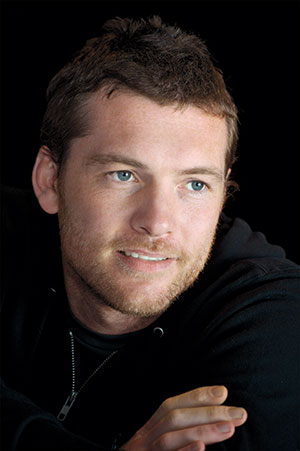 Your life is very finite and goes fast. It’s the people who are closest to me, not only my immediate family but also my mom and my dad, my sister, and now my brother-in-law and my mother-in-law. They’re the type of people that you always give back to and give love to and be generous to.”

His wife, Australian model Lara Bingle, gave him two sons, he says, and “it’s the most beautiful thing anyone’s ever done for me.”

According to Sam, his family life isn’t just personally fulfilling, it’s actually given him new perspective as a performer. “I think that it’s a two-fold thing,” he said. “Having a family, especially having children, makes me a better actor because you're open to more emotions than you’ve ever come across and more experiences flood your life than you can ever have by yourself. So those kind of colors, for lack of a better word, really help your work because you can kind of tap into them and use them.”

He continued, “The other side of the coin is that I’m very conscious of what movies to choose because when my sons are older, I want them to look at what their dad has done and be proud of it. There are certain movies that I’ve done that I probably wouldn’t do again because I’m a father and I don’t want my sons to think that’s the way of life.”

In the end, Sam has faith that his children will appreciate his work, even if all his roles aren’t necessarily role models. “But I definitely still want to be conscious of being involved in projects that have a bit more positive meaning than I’ve done in the past,” he says. “A lot of family-oriented roles come up because I’m getting older, and I kind of like that because you’re exploring what the character goes through and at the same time you’re exploring what it is to be a dad in your own life. And I like that. That’s kind of…it's an interesting journey to go on.”

With a family to ground him, a career destined for many more years of success and time to reflect upon his experiences telling the story of The Shack, Sam is now truly ready for the best part of the filmmaking process: the opportunity for the audience to enjoy and learn from it.

“I think the movie is a very hopeful film even though it deals with a very deep and emotionally wrenching journey,” he says. “Even in his darkest, most desperate times, Mack teaches us that we can look to God or each other and realize that we’re not alone. That’s a great thing to me.”

He adds, “When my kids get frustrated and upset, all they need is a hug from me. I may not be able to tell exactly what’s going on and what’s wrong, but that hug makes the world better. I think sometimes we can do that for each other, and that’s a really good message to come out of the movie.”

Gerry Strauss is a journalist who specializes in entertainment and pop culture. He also wrote Live Happy cover stories on Mayim Bialik and Ming-Na Wen.