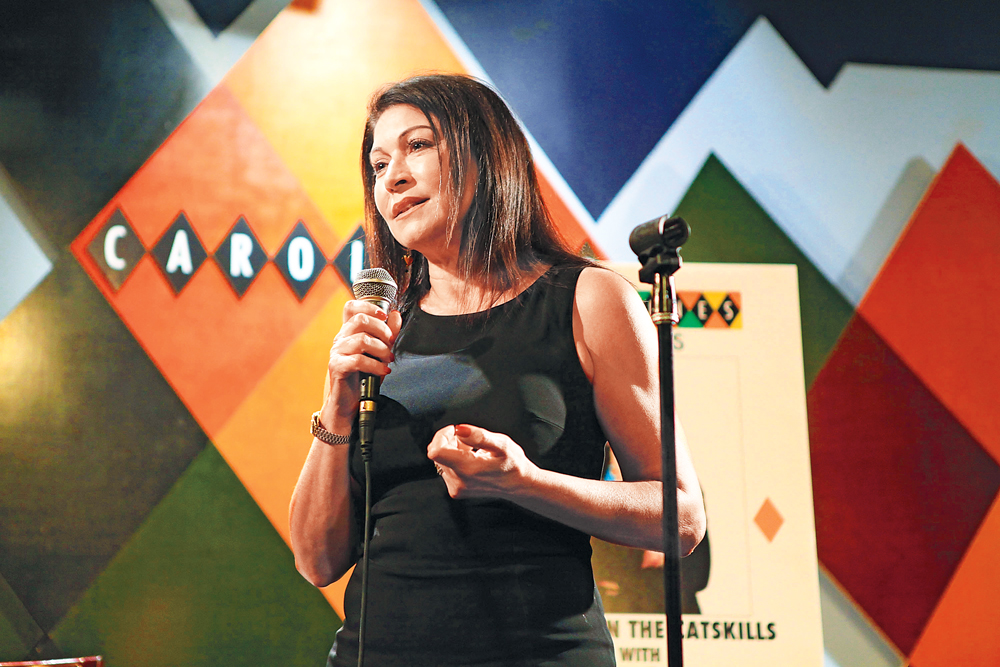 The Queen of Comedy takes life one joke at a time

So this priest walks into a bar…

What, already heard that one? Well, if you are in New York and looking for a few laughs, Carolines on Broadway is one place where you are sure to find plenty. And, more often than not, the club’s namesake and owner, Caroline Hirsch, will be there laughing right along with you.

“Comedy just makes you feel good, and I am fortunate enough to work in a situation where we find a lot of things funny,” Caroline says. “I have put my time in at my club for more than 30 years now. I have been able to see the best in the business.”

When she says she’s seen the best, she’s not kidding. Some of the greatest comics in the world have worked their sets on the Carolines stage, including Jerry Seinfeld, Robin Williams, Larry David and Chris Rock.

Something in the air

In the early ’80s, Caroline and two business partners opened a cabaret in New York. Shortly after, she realized it was easier to fill the club when she booked comedians. Always quick to spot a trend, she felt the air changing in the world of comedy. The beauty of this shift toward more observational humor, she says, was the audience’s ability to relate when comics told jokes about the small, everyday things in life.

“It’s why Seinfeld was so important to us. It was the most popular show in says. “It’s about all of the little things in life. That’s why comedy is good for us—we are all in the same boat, and we all feel a little bit better when we are in the same boat together.”

As the club’s popularity grew, so did the level of talent it attracted. Having the knack for finding good talent has always been a staple of Caroline’s, and no one reaches superstar status without passing through her club along the way.

“We kind of segued into comedy a little bit, and started with Jay Leno and Jerry Seinfeld. It was the height of comedy, when it was just starting to boom,” Caroline says. “I saw people like Bill Maher when everyone was just starting out. I am just amazed how far everyone has gone over the years.

David Letterman was going onto late-night TV, and you saw there was something changing about comedy. I never thought it would be as big as it is today.”

Laughs that give back

With all of her good fortune, Caroline points out she is very lucky to have lived a life of laughter. Her gratitude and keen business acumen have inspired her to create charities that make a difference, including Stand Up for Heroes, which helps war veterans returning from combat with brain injuries.

The annual benefit show at Madison Square Garden kicks off the New York Comedy Festival, another of Caroline’s successful endeavors, and has no shortage of friends willing to donate their time and comedy for a good cause. Conan O’Brien and Ricky Gervais have participated over the years, as well as the late Robin Williams, one of Caroline’s friends who was always on call to help out the troops.

“Robin Williams was a terrific humanitarian, and he is going to be so missed,” Caroline says. “He has been one of those guys that you call to a charity benefit, and he would say, ‘I’ll be there.’ He was such a great man.…He gave to Stand Up for Heroes twice, and we thought he would be coming back again.”

At press time, Stand Up for Heroes was already slated to break last year’s total by raising more than $5 million.