Transform Your Life and Flourish

Meet three inspiring people who have taken risks in order to live fully and flourish. 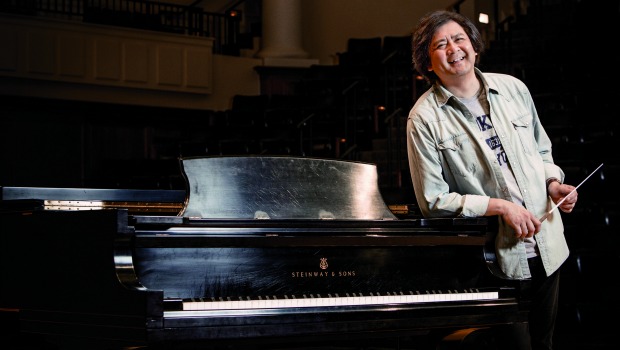 Lucie Buissereth was almost finished with her medical residency when she realized this wasn’t the life she wanted. Atsushi Yamada was a successful corporate executive, but he wasn’t pursuing the one thing he’d loved since his youth. Alison O’Brien was a globe-trotting television producer at the helm of a new prime-time show. Her life was jam-packed, but still felt empty. Today, their lives couldn’t be more different. By following their hearts and using their strengths, they were all able to flourish. Here are their stories.

“‘What do you mean you want to be happy?’” Lucie Buissereth recalls this reaction from her family when she said she was giving up medicine. It was as if she’d delivered a painful blow. Lucie was just as devastated, but for different reasons. “I realized I was living a lie,” she says. All her achievements including becoming a doctor were aimed at gaining her family’s approval and not for herself. After a 36-hour shift, she says, “I thought, ‘I can’t do this anymore.’”

Lucie’s epiphany, which came in the early 2000s almost two years into her residency at New York City’s Montefiore Medical Center, was the first step toward creating a flourishing life. Her innate character strengths—including honesty and bravery—would lead her further along the path to a truly satisfying life. 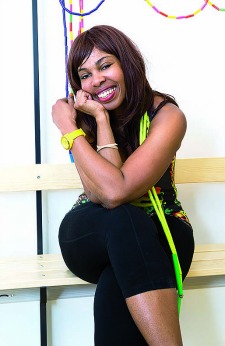 Research shows achievement for achievement’s sake, and not for the benefit of other people, is essential to flourishing. Lucie had had that once in her life. Obese as a child, weighing 220 pounds by age 10, Lucie decided in her late teens to slim down, and she did. “Fitness became my little thing,” she says. After that fateful 36-hour shift, Lucie turned on the TV and saw, of all things, adults jumping rope. She was watching the U.S. National Jump Rope Championship. The next day she called the sponsoring organization, USA Jump Rope, to ask how she could participate.

Impossible, they said, because she had no experience, team or training. “But I could train myself—why not?” She continued to petition USA Jump Rope while growing more disillusioned with medicine. In 2004, she resigned her residency and, coincidentally, USA Jump Rope relented. Lucie’s perseverance—another of her character strengths—had paid off. “I was 38 years old and had never picked up a rope before, but I said ‘goodbye’ to medicine and went full force into competitions.”

Lucie got coaching work at area gyms and dipped into her meager savings, but it was worth it. At the 2005 national championship, she took gold medals in each of the four speed-jumping and freestyle events in which she competed. “I knew right then and there what my calling was,” she says. “I was going to do something that could help others, particularly kids. I was going to turn this talent that I have—I don’t know where I got it—into a viable, beautiful business.” 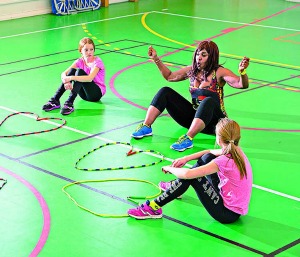 Lucie opened a gym on Long Island that focused solely on jump rope. She coached all ages, but it was the children who really thrived, becoming happier, healthier and more engaged at school and home. She found purpose and work that was totally engaging, two elements that are key to flourishing. Her improved well-being contributed to resilience, which would prove essential.

In 2007, after years of severe headaches and other symptoms, Lucie was diagnosed with muscular dystrophy. “Doctors told me that within eight or nine months I would be in a wheelchair. I did my share of lamenting, crying, ‘Why me’ and all that, and then I said, ‘Enough.’ ” She has had relapses and remissions, “but I’m still standing. I’m still competing,” she says.

Lucie was shopping when she met Staffen Lindner, a Swede in New York on business. “He asked if he could buy me coffee and that was it,” she says, giggling. They married and now live in Sweden. Lucie is finishing a motivational book, has introduced her programs in Swedish schools and returns to New York twice a year for jump rope camps. It’s not only about jump rope, though. “It’s more about encouraging kids, particularly girls, to be amazing,” she says. “To be fierce in themselves, and to know there’s nothing they cannot do.” Just like Lucie.

Read about the science of flourishing: Go Beyond Happiness

Atsushi Yamada was always involved in music while growing up in Japan—singing in the church choir and playing organ, later playing guitar in a Beatles cover band, singing in the male chorus in high school and with the glee club in college.

Even after he landed a job in sales with IBM, he assisted his former glee club conductor in directing choral performances, and “of course, I loved karaoke,” he says, laughing. Being so engaged—like Atsushi is in music—is important to flourishing. But he didn’t see how music could be anything but a hobby, even after his maestro passed away and chorus members asked him to take over.

“I was really busy selling computers,” he says. “The conducting paid almost nothing. There was no way to survive without that [IBM] salary.” A couple of years later, he got a job offer selling life insurance for Sony that required less time in the office. He could have a nice income and more free time for conducting. He accepted.

“I really didn’t expect to become a professional conductor. I wanted that, but on the other hand, if you just quit your job and you never had any experience studying music in school and you don’t have a teacher, and you say, ‘Now I am a conductor, could you give me a job?’ people think you’re crazy!” But Atsushi employed all his sales savvy, as well as his signature character strengths—perseverance, creativity and social intelligence—to make his dreams come true. 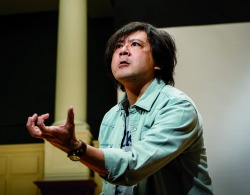 He began by persuading Sony to sponsor a concert as a “social contribution.” Atsushi had his employer’s blessing again after the Great Hanshin earthquake of 1995 when he coordinated a series of benefit concerts. For the final performance, he got funding to hire an acclaimed singer, which included a trip to New York City (his first ever) to audition singers with the New York City Opera. “This was brave,” he says, chuckling at the thought of himself, a self-taught musician, auditioning the finest vocalists in the world. Bravery, another of Atsushi’s key strengths, would prove helpful in more ways.

In New York, he asked opera officials about the possibility of an internship. They agreed. This opportunity led to a stint directing the touring company and, in 2003, Atsushi’s debut conducting Hansel and Gretel at Lincoln Center—where he received a standing ovation.

The risks have paid off

Decades have passed and Atsushi has now conducted some of the world’s greatest singers and musicians. He’s also found great purpose, raising money benefiting victims of the 2011 earthquake and tsunami in Japan and creating cultural exchange and educational opportunities for hundreds of young music students.

Today Atsushi is principal conductor and co-founder of the Philharmonia Orchestra of New York, which made its premiere performances in March at Lincoln Center. PONY, as it’s called, incorporates orchestra and choral performance with the highest-definition film technology to “destroy stuffy classical traditions that can make this wonderful music accessible to new audiences,” he says.

He is living his dream. And, “I would say to others who have a dream, a wish, that there is never zero percent chance of success,” he says. “There is always some chance. You just have to try.”

Read more about what it takes to flourish in life: 5 Ways to Flourish 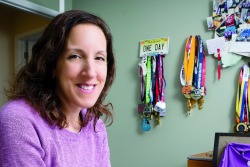 Alison O’Brien had a little more than a mile to go in the 2013 Boston Marathon when a police officer halted her and other runners. There had been explosions near the finish line. That’s where her parents and 2-year-old niece were waiting. Terrified of what might’ve happened to her loved ones, Alison’s mind raced. “I thought, ‘Time is too precious. I have to treat it differently. I don’t want to have regrets.’”

As a network TV producer, she had traveled the world making documentaries. And, prompted by a friend’s cancer diagnosis, she had taken up running and coaching with the Leukemia and Lymphoma Society’s Team in Training, raising money to fight blood cancers.

She found meaning and joy from her work and her coaching and fundraising. Yet a painful divorce years earlier had deeply affected her. “Personally, I shut down a lot. I felt like I had to,” she says.

The Boston Marathon bombings brought perspective—a character strength that helps us all flourish. “As I sat on that curb for an hour and a half, I realized there are no guarantees that we’ll have more time,” she says. Honesty and a loving heart are two of Alison’s top flourishing-related character strengths. She thought about things she hadn’t pursued, like a meaningful business idea. 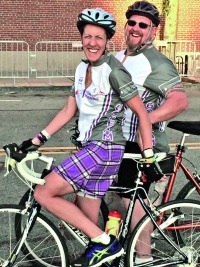 And then there was her personal life. At the end of that awful day in 2013, Alison reunited with her family. They were fine, but Alison’s life had changed. That year, she launched JWalking Designs, selling fitness wear including running skirts for both women and men. She and her teammates had often complained about their running clothes—how the shorts didn’t fit right and they needed more pockets—and now she was doing something about it. Perseverance and leadership, qualities Alison possesses in spades, made it possible and helped both her and her business thrive.

Now she’s “more present” for her family and has made room in her life for even more love. Alison met Chris Peterson at a mutual friend’s birthday party. Now she, Chris and Roxie (their dog) are a family. In May, Alison will run the New Jersey Marathon, which was her first race 10 years ago. She’ll dedicate every mile to people who have made a significant impact on her life. Some, like cancer victims she trained, have passed away. Many others will be there.

“Once I opened myself up to living a different type of life, the riches that came from that were just amazing,” Alison says. “I’m excited to see what other things life has to offer. If you don’t make the most of your time, you’re not guaranteed any more of it.” So why not flourish?

Lisa Ocker is an award-winning writer and editor based in the Dallas-Forth Worth area.