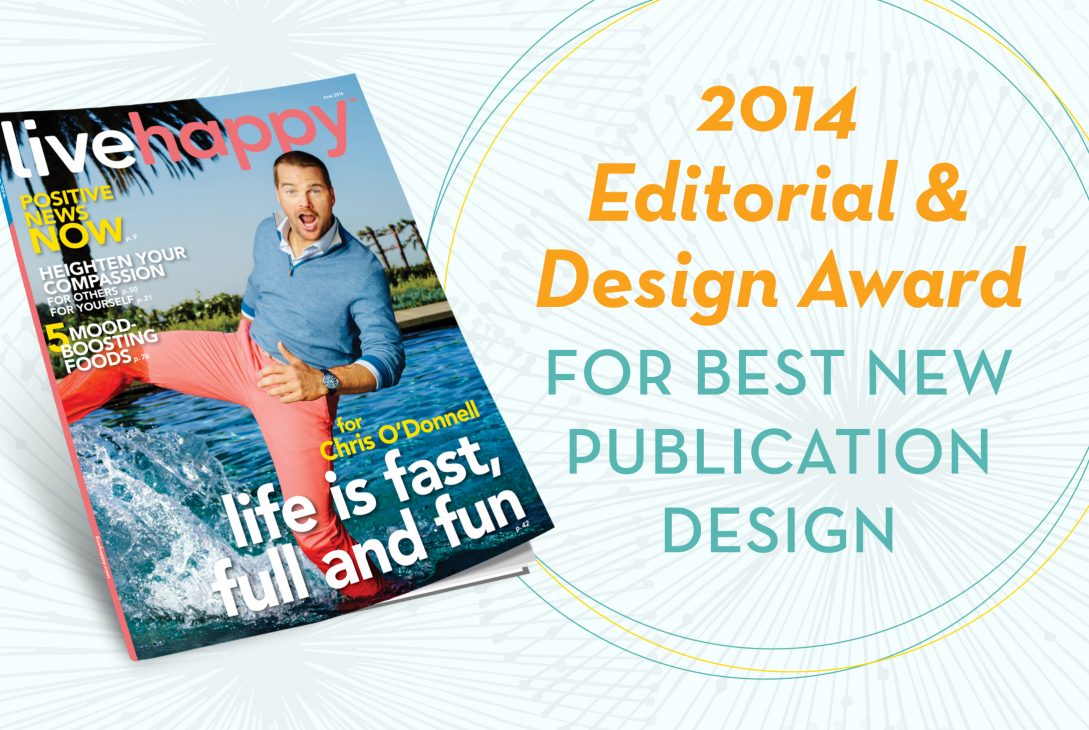 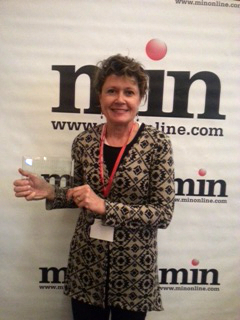 “We are thrilled to have received this recognition, as we couldn’t imagine a better way to celebrate Live Happy’s first anniversary,” said Deborah Heisz, Live Happy co-founder and editorial director. “Having only launched in October 2013, the nomination for a min award is an achievement on its own, and we are honored to be included in categories alongside other notable magazines.”

The Editorial & Design Award winners were presented during min’s 2014 Awards Breakfast on Nov. 19, 2014 at the Yale Club in New York City. Live Happy Art Director Kathryn Finney was in New York City to accept the award on our behalf.

In addition to the Design Award, Live Happy was chosen by min as one of the hottest magazine launches of the year.

Thank you min, for the fantastic recognition, and thanks to everyone who has helped Live Happy achieve an amazing first year!