Having spent more than half of his life studying longevity, Harvard psychiatrist George Vaillant unveils his latest research to our blogger about what it takes not just to live longer, but to live better. 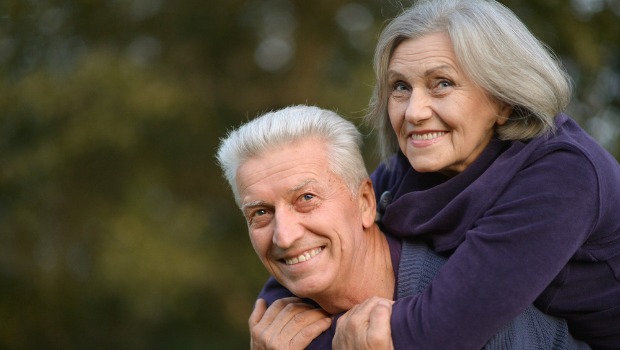 People are living longer than ever. In fact, I just saw a TV news report about a woman celebrating her 116th birthday who, until recently, was still mowing her own lawn. Exuding more vitality than many folks half her age, she made me wonder: What contributes to healthy aging well into our golden years—and perhaps even our centenarian years?

I decided to speak to Harvard psychiatrist George Vaillant, who has unveiled some of the determinants of aging well, having spent more than half of his life at the helm of the Grant Study of Adult Development.

One of the longest-running studies on human development, the Grant Study has closely tracked the emotional and physical health of 268 Harvard men as they aged since 1938.

Habits, not heredity, are more important for health

George has documented the findings of the Grant Study in three illuminating books. His first book, 1977’s Adaptation to Life, the now-classic tome on adult development, examined how the men were coping up to age 55 and identified various positive and negative outcomes. Aging Well followed 25 years later and showed that healthy physical and emotional aging from 55 to 80 is less dependent on genes and more on lifestyle choices, such as avoiding alcohol and tobacco abuse, engaging in regular light exercise, maintaining a healthy weight, exhibiting an adaptive coping style and having a loving marriage.

Now, George's latest book, Triumphs of Experience: The Men of the Harvard Grant Study, published more than 75 years after the study’s start, follows a few dozen of the surviving men who are now in their 90s. Many of them, like the centenarian woman I mentioned earlier, are thriving far beyond conventional retirement. So what’s their secret?

“Habits formed before age 50, not heredity, are more important for growing old gracefully, well into our 90s and beyond,” George says.

All you need is love

However, even more important for positive aging and coping with stress is having warm, nurturing relationships. “Relationships can help us recover from a damaging past such as the bleakest of childhoods even many decades later,” George says. What’s more, strong bonds formed early in life have a protective factor down the road.

He’s found that positive emotions, namely love, is the key ingredient for healthy aging well into our golden years and beyond. “Having had a loving and stable marriage at 50 predicted mental and physical health at 80 better than did either exercise or weight,” he says. “Visceral things like the positive emotions of love, hope and joy affect our health.”

In fact, the effect of positive emotion on our nervous system is similar to the relaxation response triggered through meditation. Positive emotions, like love, reduce our basal metabolism, blood pressure, heart rate, respiratory rate and muscle tension, all leading to better health. In other words, love can literally heal and strengthen our heart.

One simple way of reaping heart health benefits and aging well is it to put ourselves into the loving embrace of others on a daily basis, George says, because not only does “heartfelt” love feel good, but also it's good for us.

And, who knows, perhaps it'll lead us to be thriving at 116 as well!

Read more about the power of love on our well-being here.

Suzann Pileggi Pawelski, MAPP, is a freelance writer specializing in the science of happiness and its effects on relationships and health. She and her husband, James Pawelski, will be presenting their "Romance and Research" workshop at the 3rd Congress: Spaces of Thought and Action in Psychology in Graz, Austria, May 28-June 1, as well as at IPPA's 4th World Congress on Positive Psychology in Orlando, Florida, June 25-28.