Success in marriage has little to do with statistics and everything to do with what’s going on in your life and in your home. 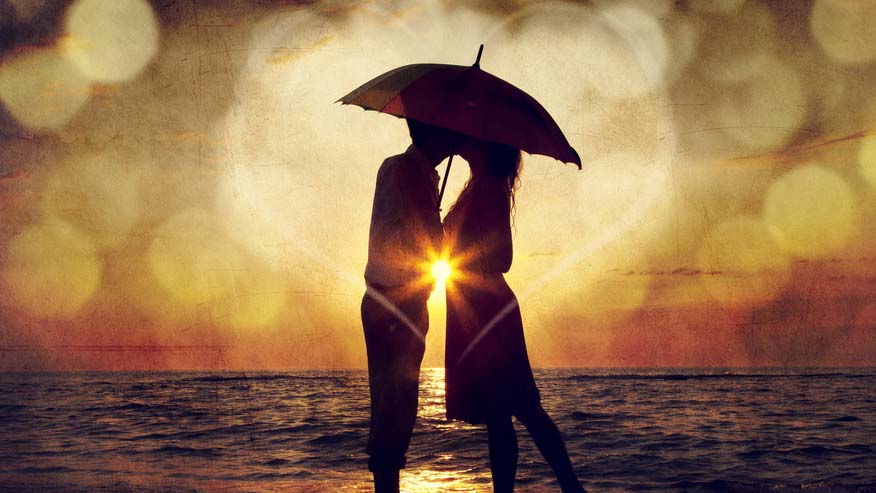 Communicating before and after you say "I do" helps you make the leap to a stronger, happier marriage.

You've heard the bad news: Almost 50 percent of marriages in the United States end in divorce. But there is good news. Success in marriage, as in the rest of life, has little to do with statistics about what’s going on out there and everything to do with what’s going on in your life and in your home. The reality is it doesn’t matter what the polls report. The determining factors in your marital success are personal.

“Even though divorce is prevalent in our culture today, we don’t want to just walk out,” says relationship expert Gary Chapman. “There is a deep, deep bonding unique to the marriage relationship—a physical and emotional bond. And because of that, we want to make it work despite our differences.”

In Hope of Happily Ever After

Every year, almost 4 million people pledge to love, honor and cherish each other in ceremonies across the United States. “Almost all of these couples anticipate ‘living happily ever after,’ ” Chapman writes in his latest book, Things I Wish I'd Known Before We Got Married. “No one gets married hoping to be miserable or to make their spouse miserable. … People do not get married planning to divorce.”

Chapman believes divorce is often the effect of poor planning and lack of understanding about what marriage means. Individuals plan for their careers, families, finances and vacations, but rarely do they have a plan for marriage. Perhaps that’s because they wander into this life-altering arrangement while intoxicated by the effects of what Chapman calls “euphoric love.” You know the feeling: Your stomach does a flip of excitement every time you see your true love, your heart beats wildly when you hold hands, you feel an electric jolt when you kiss. It’s often while in this he/ she-can-do-no-wrong phase that people pledge undying love to one another. The trouble is that the effects of euphoric love are temporary.

“The euphoric experience we typically call falling in love has an average lifespan of two years,” Chapman says. When the feeling of euphoria wears off, you suddenly have a little more clarity about the person with whom you’ve committed to spending your life. “Before, you saw them as a perfect person. Now you see them as a real person, a human with strengths and weakness. Most couples are not prepared for that,” he says.

First things first. If you’re not yet married, come to grips with the fact that the euphoria won’t last forever…and that’s OK. Enjoy it while it lasts, but realize that something better could be around the corner—if you plan for it. Having spent the past 35 years counseling couples who were blindsided by the realities of housework, conflicting work schedules, debt, parenting and in-laws, Chapman says, “It is my conviction that many of these struggles could have been avoided had the couple taken the time to prepare more thoroughly for marriage.”

How, exactly, does one prepare for marriage? It sounds like a no-brainer, but the place to start is in getting to know the other person. Find out what your sweetheart thinks about politics, debt, religion and faith, charitable giving, whether they want children or pets or pizza every Wednesday night for the rest of their lives. What was their childhood like? What does success mean to them? Do they like sports, movies, going out with friends, or staying in and enjoying a quiet evening at home? Talk about your likes and dislikes. Share your thoughts about how the details of housework, financial planning, child-rearing and caring for elderly parents should be handled. And, by the way, if you’re already married and you don’t know the answer to any of the previous questions, there’s no time like the present to learn about your mate. Creating a plan for life together will put you on the right track.

What to Do When the Buzz Wears Off

Maybe you’re already married and that feeling of euphoria is long gone. You’re in the thick of real life—bills, busy schedules and babysitters. It’s at this point that “for better or for worse” takes on new meaning. Under the effects of the love drug, “for worse” seemed impossible. You might have even ignored admonitions from others who advised you to plan if you want a great marriage. Like a teenager, you felt invincible. We’re in love; what could go wrong? you thought. As it turns out, plenty.

But the maladies of marriage aren’t always rooted in major disasters such as terminal illness or bankruptcy. Real life creeps in, and suddenly you and your spouse are bickering about whose turn it is to empty the dishwasher. “Couples find themselves arguing because they do not have a plan to deal with things like that,” Chapman says. The day-to-day pressures of life combined with the fear caused by losing that loving feeling stress couples out. “They say, ‘Oh no! I don’t feel what I used to feel.’ ”

Additionally, there’s a tendency to get busy and distracted. “I think often couples who have been married for a number of years, who have children and have careers, begin to realize they’ve drifted apart,” Chapman says. “When you neglect a marriage, you begin drifting, and you never drift together. You always drift apart. If you don’t make an effort to reconnect, you’ll drift further and further apart.” But that doesn’t mean your marriage is doomed. On the contrary, Chapman says once you get past the tingles of early love, it’s possible to create a stronger, happier marriage: “If you learn to speak each other’s love language, you can keep the emotional connection alive. And that is far deeper than those temporary, euphoric feelings.”

Even better, it’s never too late to rekindle that connection. Chapman says he has worked with a number of couples who finally learned to speak one another’s love language after 20 or 30 years of marriage: “Many couples have told me they realized their marriages weren’t super warm, but they didn’t fight either. They’d say, ‘We were like roommates. But when we started speaking each other’s love languages, it changed our marriage.’ Regardless of your stage of marriage, understanding your spouse’s love language has the potential of greatly enhancing the relationship.”

In his best-selling book The 5 Love Languages: The Secret to Love That Lasts, Chapman defines love languages as the “five ways people speak and understand emotional love.” Take a look at the abbreviated definitions, and see if you can identify your love language.

Words of Affirmation: Words matter. This person treasures hearing, “I love you.” Honest compliments and praise mean a great deal, and insults or harsh words are taken to heart.

Quality Time: This person wants your undivided attention. The gift of your time is worth more than any material present you could give.

Receiving Gifts: From trinkets and flowers to diamond rings and season tickets, this person feels loved when you present them with a token of your affection.

Acts of Service: Doing household chores or helping out in the home office is, to this person, the equivalent of saying, “I adore you.”

Physical Touch: A gentle hand on the shoulder, a peck on the cheek, a warm embrace or simply sitting beside this person makes them feel loved.

Once you understand your mate’s love language, start using it. But be warned, you may have some difficulty at first. “If you grew up in a home where affirming words were seldom spoken, it may be hard to speak words of affirmation,” Chapman says. The same principle applies to the language of physical touch if you grew up without a lot of hugs and hand-holding or to the language of receiving gifts if you’re especially frugal. Chapman’s advice: Take baby steps.

For example, if your mate’s love language is words of affirmation, start by looking for a few phrases in a magazine or book; listen for kind words spoken by other people. When you’re alone, stand in front of a mirror and say those phrases aloud. “Then you can pick one of the phrases and say it to your spouse when they’re not looking at you … then you can run!” Chapman says with a chuckle.

If your spouse’s love language is physical touch, but you’re not a touchy-feely person, start small. If you need to, write down a few potential touches: a hand on the shoulder, a pat on the back, reaching over and putting your hand on their leg while driving. “Pick out one that seems easier for you and do it,” Chapman says. “Over time, you can learn how to touch, even if you didn’t grow up receiving a lot of touch.”

The more you practice any of the languages, the more natural they will feel for you. “The good thing is that it’s extremely rewarding, and any of these languages can be learned.”

Ideally, both partners will make an effort to speak the other’s love language. But that may not always be the case, such as in times of stress or emotional rifts. Still, it’s important to speak your spouse’s love language even if the favor isn’t returned at the time.

“Love is the choice to reach out to the other person no matter how they reciprocate. You may even want to ask your spouse, ‘On a scale of one to 10, how much love do you feel from me?’ Then ask, ‘What can I do to make it a 10?’ Before long they may ask you the same question,” Chapman says. “Love is a way of life. Love is a part of who you are so that when a person encounters you, they’re going to feel love. The reality is many times people may reciprocate, but that is not the objective. The objective is to enhance others’ lives.” Make that your objective with your spouse, and you might just find that you are happily ever after.