Connecting with others is as crucial to your wellbeing as food, sleep or exercise. Scientific studies suggest that feeling warm and fuzzy has a positive effect on your heart, brain, bodily processes, even your life span. 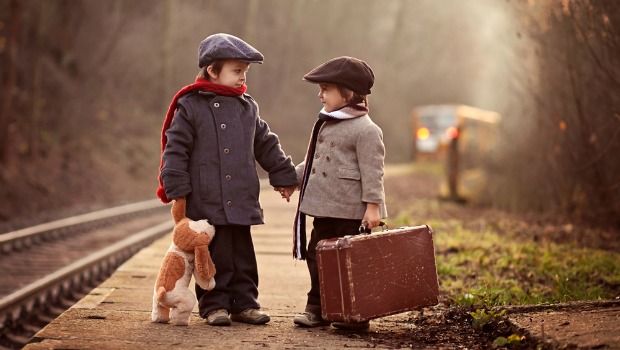 What is this thing called love, and why is it so important to your body and mind?

A year after looking out a coffee-shop window and seeing the man in the pink tank top, Liza Baritt remembers him vividly: “This guy came along on roller skates, just singing his heart out,” she says. They locked eyes. “We sort of giggled, and he waved and smiled. I felt joyful, just totally amused, completely and utterly so glad I had that moment.” Then he skated on by.

Liza, a psychotherapist and yoga teacher in Brookfield, Wisconsin, hasn’t seen the man since. And yet, to her, their flash of communion was right up there with many she has enjoyed with family, friends and romantic partners. It was, in her word, “love.”

Love is all around

While that might seem odd, Liza is part of a growing contingent who reject the notion that love is all about sex and soul mates, or the bonds you share with your nearest and dearest. Instead, they see love as “that micro-moment of warmth and connection that you share with another living being,” a concept introduced by Barbara L. Fredrickson, Ph.D., author and leading researcher in the positive psychology movement, in her book Love 2.0.

Such moments can—and should—bloom often with your spouse, your parents and your child, she says, but they’re just as possible with a casual acquaintance or stranger. Your dry cleaner or barista, say. That woman who smiled at you from across the subway aisle.

“It’s about connecting with people on a human level and…wishing them well or just sharing something positive,” says Barbara, a professor and director of the Positive Emotions and Psychophysiology Laboratory at the University of North Carolina, Chapel Hill. “That is a pretty low bar for love, and I think that most people could meet that to the extent that they’re engaged in social interaction at all.”

Connecting with others is as crucial to your wellbeing as food, sleep or exercise, Barbara says. Scientific studies suggest that feeling warm and fuzzy has a positive effect on your heart, brain, bodily processes, even your life span. Think of it as “Vitamin L.” And getting a dose may be easier than you think.

A new look at love

For some, redefining love brings a sense of release. “It’s liberating to let go of those old beliefs—‘I have to be in a relationship to have love’ or ‘I have to be a parent to feel love,’ ” says Liza, who was recently divorced. “It’s liberating to think I can go to a yoga class by myself and have some of the same emotions or connections that I might get from sex with a partner or interaction with children I’ve created, so it gives people a lot more options, to be sure.”

Identifying these options and opportunities as “love” will also make us less prone to dismiss them, Barbara says. “We tend to trivialize day-to-day interactions with strangers, and yet we put love up on a pedestal as being one of the most important parts of life."

“When we only think of love as a status, like on Facebook, we’re missing a more fine-grained understanding of what creates our most important relationships in our life, and also what kind of fundamental ingredients in those most important relationships can be experienced in any human connection," says Barbara. "Scientific studies suggest that feeling warm and fuzzy has a positive effect on your heart, brain, bodily processes, even your life span."

However, even Barbara doesn’t always use the word “love.” When describing how connection unfolds, for example, she chooses the term “positivity resonance,” explaining that this dance of brain and body has three parts.

Dance of brain and body

First, you and someone else share one or more positive emotions. Maybe you’re both amused at something one of you just said or did (think of Liza’s singing skater) or delighted at something you both experienced (hearing a new song or watching your favorite team score a goal).

Next, a striking synchrony kicks in. You make eye contact and, sensing real friendliness, you start mirroring each other’s smiles and gestures. If you’re having a conversation, you both lean in and nod more often.

Research shows that your brains begin to tango; a study at Princeton University discovered that when subjects listened closely to a recorded story told by a stranger, their own brain activity closely resembled that of the storyteller, which had been measured when the recording was made.

Last but not least, says Barbara, you and the other person begin to care more about each other—to shift your focus from “me” to “we.”

Getting on someone else’s wavelength isn’t always easy, of course. If you’re sad or scared, for instance, it can be hard to mind-meld with others. Ditto if you’re feeling bad about yourself. Plus, modern life throws up endless roadblocks to love. We’re all busier than ever, and even when we’re surrounded by people, we’re also surrounded by endless distractions from our phones, tablets and televisions.

Hugging and hand holding have been found to lower stress-induced spikes in blood pressure and raise levels of oxytocin, the famous “love hormone.”

“You have to choose again and again to connect” with family, friends and strangers, says Megan McDonough, CEO of the Wholebeing Institute in Hardwick, Massachusetts. “We don’t find love. We cultivate it.”

How do you seed your life with loving moments? Experts have plenty of ideas:

Oxytocin: the chemistry of love

What creates all this synchrony and sympathy? One key player is oxytocin. You may already know that oxytocin gets released at intimate moments—during sex, say, or while a mother breastfeeds a baby. But studies imply it’s also pivotal during other moments of connection, whether with people we know or with strangers.

At the University of Zurich, for instance, test subjects were given real money to invest. Those who inhaled an oxytocin spray beforehand—rather than a placebo—were much more likely to entrust a fellow participant with all their cash. Oxytocin helps us detect signs of genuine goodwill and respond with our own. It soothes us and helps us let down our guard.

Just as vital to these moments is your vagus nerve, which links your brain with organs including your heart. Working with oxytocin, the vagus directs the “calm and connect response”—the opposite of “fight or flight.” It slows your heartbeat and “stimulates tiny facial muscles that better enable you to make eye contact and synchronize your facial expressions with another person. It even adjusts the minuscule muscles of your middle ear so you can better track the other person’s voice against any background noise,” according to Barbara.

As many of the above stories make clear, this mental and physical pas de deux can produce intense pleasure. But more than that, it may work wonders for your health.

Love shortage a danger to your health

Loneliness is just as deadly as smoking, obesity and other dire factors, concluded researchers at Brigham Young University in a meta-study of 148 smaller studies.

That’s no surprise, says John Cacioppo, Ph.D., a University of Chicago psychologist who has researched social connection and isolation. When you feel lonely, he says, your body produces more of the stress hormone cortisol. Over time, this glut of cortisol “increases organ wear and tear.”

“It might cost me a heart attack,” he says. “It might lead to increased risk of cancer in another individual.” Lonely people are also more prone to depression, poor sleep, high blood pressure, major strokes, chronic inflammation and Alzheimer’s disease, he says.

The good news is that when you start to connect more with others, your health improves—in some ways immediately. Feeling less lonely on a given day can, for example, boost your mood right away and enhance your sleep that very night, John says.

Overcoming such chronic problems as inflammation takes longer, but even a couple of months of better connections can make a real difference, Barbara says. In a two-month study she did with then-student Bethany Kok, Ph.D., people who reported feeling more “positivity resonance” each day improved in “cardiac vagal tone.” This involves the vagus nerve and has been linked to such perks as healthier glucose and inflammation levels. In addition, Barbara explains, people with high vagal tone are more adept at focusing their attention and controlling their emotions and, as you might expect, better at connecting with others.

Data show that shared movements resulting from positivity resonance make it more likely that a relationship will take root. Getting active together can also help long-term relationships continue to flower."

Just what triggers these brain changes remains unknown, but plenty of researchers think any positive connection between people—from lovers to strangers—may cause similar shifts in neural circuitry, James says.

Bringing the research to life

Kristin, the learning and leadership coach, doesn’t need science to prove to her that love brings more love. As she’s fostered more moments of connection with everyone from that doorman to her daughters, she says, she has found herself craving such moments more.

In turn, the payoffs of those connections have grown. “There’s that awareness of [connection] and that experience of it, and the next time you have it, it doubles. It sort of exponentially expands.”

Gaëlle Desbordes, Ph.D., a neuroscientist at Harvard Medical School, also knows how connecting with others can change you. She used to be shy in a roomful of strangers, she says. But spurred by her own meditation practice, she has become much more outgoing—and that, in turn, has given her “a more optimistic worldview.”

Instead of feeling threatened by new faces, she has come to believe that most people are good and generous. At professional conferences, she now longs to meet others and hear their stories. “There’s a great sense of safety and trust in people in general,” she says.

As you share love with those around you, you may be accomplishing more than you realize.

Not only does each person you connect with get the benefits of “positivity resonance,” but those benefits—chemical surges and the rest—may well lead them to connect with more people, sending ripples of goodwill and oxytocin far beyond your social circle.

Emotional and physical health are contagious, according to Barbara. “Indeed, studies of actual social networks show that, over time, happiness spreads through whole communities.”

Which is, Gaëlle says, exactly as it should be. “We are social animals. We love to connect, to be part of a community.” Fear of bonding with others is usually a barrier we impose, based on negative experiences in our past, she says. “Once we remove that barrier, we are finally touching base with our true nature.”