Maya Angelou: Be Courageous and Prepared

Our Contributing Editor Paula Felps spoke with poet and teacher Maya Angelou, who shares an illuminating anecdote from her past. 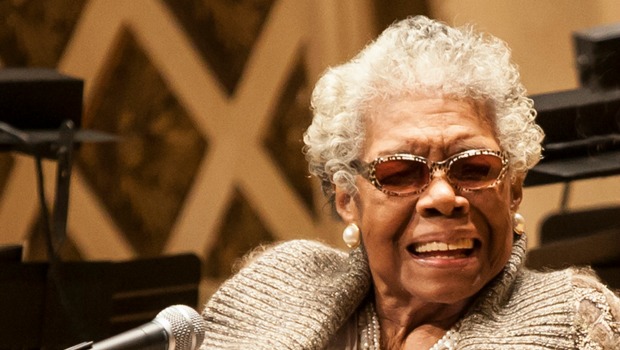 The most important of all virtues

Of all the character strengths we possess, courage is crucial for successfully overcoming life’s challenges. In the eyes of the great teacher, poet, writer and speaker Maya Angelou, no attribute has greater merit or value in our lives than courage.

I had the incredible opportunity to interview Maya for the April 2014 issue of Live Happy, and during our conversation, she praised the value of courage, calling it “the most important of all the virtues” we possess—and one that is too often overlooked in today’s world.

“Some of us are just too chicken-hearted to stand up for what we believe in,” she told me. “And without courage, we can’t practice anything. We can’t give to others who have less because we are afraid it will take something away from ourselves. And we’re afraid to do what we know is right.”

The lack of courage causes us to let others suffer when we fail to stand up for them, and without courage, she said, we cannot practice our other virtues—including humanity, justice and temperance— consistently. And until we learn to be courageous, we can never truly be content.

Practicing what she preaches

Maya is known for practicing what she preaches, and she charmed me with a story from the ’70s, when she was working in television. She had a large corner office, and two of the studio “suits” paid her a visit for an impromptu meeting.

“They thought they were all swanky and had their shirts open down to there, with their gold chains and their gray chest hair sticking out,” she recalled with an animated laugh. The two executives began talking and, before long, one of them used a racial slur.

“There was no one of that race in the room, but I immediately told them they weren’t to use that kind of language in my office.” Taken aback by her reaction, the men quickly reminded her that they owned the office and it was their studio, and they would use any kind of language they liked—including racial epithets.

After a heated exchange, it was obvious neither side was going to back down, and Maya faced a choice between keeping her job and standing up for what she believed in. Not surprisingly, she walked out.

When making a dramatic exit, don't forget your keys

“I left the building and knew I wasn’t going back. I went all the way to my car,” she said. Once she reached her car, still angry, she realized she had left her car keys on her desk. Her lesson?

“Don’t ever be afraid to stand up for what you know is right. But if you’re going to be courageous, always make sure you have the keys to your car with you.”

For the full interview with Maya Angelou, see the April 2014 issue of Live Happy magazine.