How to Go From Recovering to Really Thriving 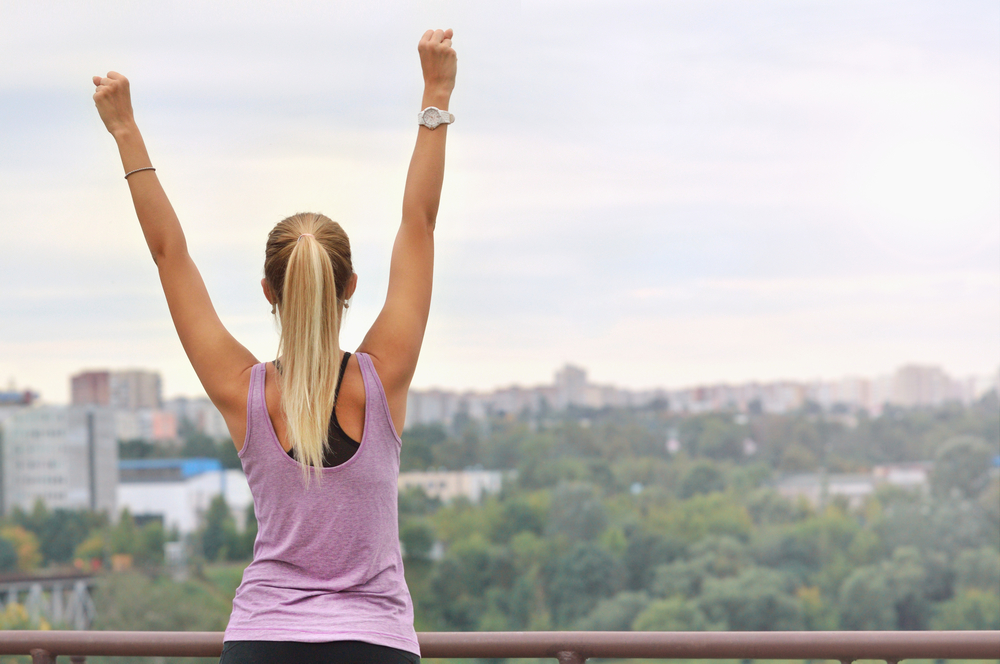 When I recovered from depression, I decided to live small and defensively. I didn’t want to rock the boat because I was relieved and grateful to just feel “OK.” But slowly, I let down my guard and reached outside of my comfort zone. I wanted to go from being OK, to actually thriving.

I made new efforts which regular folk might have called “cute,” but that felt to me like I was bench pressing a hundred pounds. The hardest part was actually getting started, so I took my grandmother’s advice and counted to three anytime I needed to start something.

“1-2-3” Make a phone call I’ve been procrastinating from.

One by one I made the following changes:

1. Jogging (albeit a slow jaunt to the park and back in jeggings and floppy sunhat while the dog pulls as far away from me on the leash as she can) made me feel strong. Within a few months, I had broken the one-mile mark and was now jogging for longer than five minutes before giving up and ducking into the nearest dollar store for a candy bar and tabloid magazine.

2. I abandoned the ‘depression diet’ which is all about the instant gratification of ‘sorta’ food because you just want a fast fix versus actual food. Making a beautiful vegetable soup feels like I’m showing lots of love to myself.

3. I reminded myself of the behaviors that used to bring me joy (a technique from Cognitive Behavior Therapy). I asked myself: When’s the last time that I remember feeling energized and optimistic? Carefree? Mentally engaged? Whatever the answers were, I tried those same activities again. While I’m not successful at channeling feelings of happiness out of thin air, I can do the things that make me optimistic, carefree and engaged, such as taking a class, dancing and reading biographies.

4. I avoid the triggers that make me feel anxious; for instance, comparing myself to others. I treat social media like a hot tub: get in and get out before you catch something! Instead of seeing who is doing better than me, I ask myself “where would I like to see myself a year from now?” and I run towards my own finish line instead of trying to keep up with the Jones’.

5. I give back. I switched my volatile career from being solely about comedy to making it about mental health with a comedic spin. When I think “I’m getting on stage to make people laugh AND let people know they’re not alone in their struggles,” it makes the challenges of my industry less troubling.

6. I connect more with my community. At 42, I joined a women’s soccer league with my neighbor and also got more involved with my spiritual community. Knowing I’m part of these “teams” makes me feel anchored and supported.

Just like pulling the cord on a motor boat sometimes takes 20 sputtering tries before it finally starts and the motor hums loudly to signal you’re ready to go, I had to try these new approaches over and over. After a few months, these changes led to a sense of calmness and stability for me. I felt more like I was living, and less like I was trying to tread water indefinitely. When I hit a setback I forgive myself, and wake up the next day anchored again to my simple goals that give me such a sense of belonging!
(Visited 158 times, 1 visits today)
Popular Articles