And you thought your coworkers were just being silly and wasting time. Turns out they were instilling positive emotions throughout the office! Yes, an Indiana University researcher has discovered that watching cat videos is actually good for us. 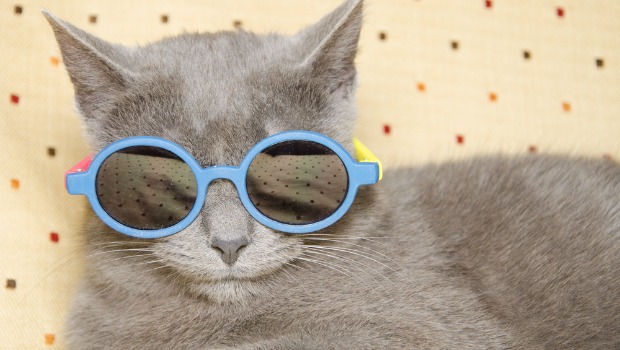 And you thought your coworkers were just being silly and wasting time. Turns out they were instilling positive emotions throughout the office! Yes, an Indiana University researcher has discovered that watching cat videos is actually good for us. (Sigh, make joke about academia here.)

Cat video viewing is more than a procrastinator's tool, says assistant professor Jessica Gall Myrick, Ph.D. They boost our energy and positive emotions and decrease negative feelings, she said after surveying the moods of almost 7,000 cat video viewers. Her study results were published in Computers in Human Behavior.

One internet feline phenomenon, Lil Bub, even helped with the research. Bub's owner, this is, Mike Bridavsky, who lives in Bloomington, home of Indiana University, helped distributed the survey via social media.

"Some people may think watching online cat videos isn't a serious enough topic for academic research, but the fact is that it's one of the most popular uses of the Internet today," Jessica told IU's news agency about why she chose the topic.

More than 2 million cat videos were posted on YouTube in 2014, she says. With almost 26 billion views, cat videos had more views per video than any other YouTube content category.

"Even if they are watching cat videos on YouTube to procrastinate or while they should be working, the emotional pay-off may actually help people take on tough tasks afterward," says Jessica, who owns a pug but no cats.

So, if you've got something important to do now, wait and watch a cat video first. You may feel better for it afterward. Your work will still be there.

Important research, or, um, an epic waste of time. You can be the judge.