If you feel that spending time on social media has made you feel more envious of your friends, you are not alone. They’ve even coined a word for it: Frenvy. 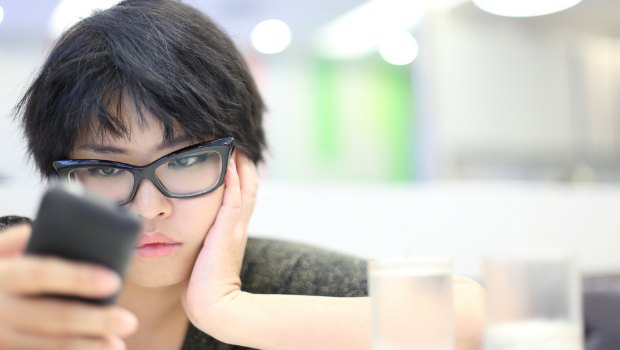 The green-eyed monster has taken root on social media.

A friend posts a picture of himself standing in the front row of the Adele concert. Do you feel happy for him? Or are you instantly gripped with a sense of jealousy?

If you leaned toward jealousy, you are not alone.

Envy has been around since the beginning of time, and it’s something all of us have felt at one time another. Whether it’s over a friend’s new car or a co-worker’s promotion, none of us are completely immune to twinges of jealousy. But while jealousy has been around long before social media, there’s no question that Facebook, Instagram and the like have created new ways to exploit and trigger our envious side.

Jealousy is a normal human emotion, and we may never be able to stop feeling it,” says Richard W. Sears, Ph.D., director of the Center for Clinical Mindfulness & Meditation in Cincinnati. “However, if we ruminate about it, it tends to grow and grow.”

The growth of envy online

That growth of envy or jealousy triggered by our ever-expanding digital world has become the subject of research papers and psychology dissertations in recent years.

“Since jealousy is about social comparison, modern technology makes this easier,” Richard explains. For example, he says, if you have 700 Facebook friends, and each one of them only does one great thing once a year, you’re still getting an average of two reminders every day of how wonderful someone else’s life is. Society raises most of us to be competitive, [so] our feelings can get very confused about the success of others, especially if we don’t feel successful.”

The phenomenon has even led to the coining of a new word, “frenvy,” which is used to describe that mixed bag of emotions you feel when a friend has good—no, make that great—news. Your initial reaction of happiness may be mixed with a sinking feeling of envy. Yes, you’re happy their dreams are coming true, but it also shines a light back on your own inadequacies, real or imagined.

In the study Envy on Facebook: A Hidden Threat to User’s Life Satisfaction?, German researchers found that social-network use triggered envy among users, with the biggest sources of jealousy being the happiness of others, the way other people spend their vacations and the way they socialize.

“Jealousy comes about by comparing how you are at this moment to other people at other times,” Richard says. “It sparks dissatisfaction with yourself, which may take the form of anger at others for what they have. There’s no end to jealousy—no matter what you do or have, someone else in the world will have more than you.”

And for a good reminder of that, we need look no further than our Facebook feed.

Read more on this subject: Living for Likes

What makes envy so troublesome is that it changes how we feel about ourselves. “Consciously, envy is so painful because it is based in a feeling of deprivation,” writes Jennifer Kunst, Ph.D., on Psychologytoday.com, citing depression, anxiety, low self-esteem and poor body image among its many effects.

While we may not always be able to stop that initial feeling of envy that occurs from seeing the post of your friend’s exotic vacation or brand new home, Richard suggests these conscious ways to turn those feelings around:

“Write a positive response [to their post], like ‘That’s awesome!’” he suggests. “Even if we feel jealous, we can wish our friends well when something good happens to them.”

2. Put the situation in perspective

We all have successes, and each person’s success and happiness contributes to a happier planet overall. “If good things are happening to them, they will be happier and there will be less chaos and disharmony in the world.”

Mindfulness is about living in the moment and not getting caught up in comparisons. “When you are constantly comparing this moment to some other time and some other place, it means you are living in your head and not in your own life,” Richard says. “No matter what is going on for other people, you can practice bringing your attention into this moment, into what you are doing right now.”

Instead of looking at what others have that you don’t, think about what you truly want – and what you can do to reach those aspirations. “If we really want to change something in our lives,” Richard says, “spending all our time worrying about other people will not help make that change happen.

Read more on this subject: Is Everyone Having Fun Without Me?